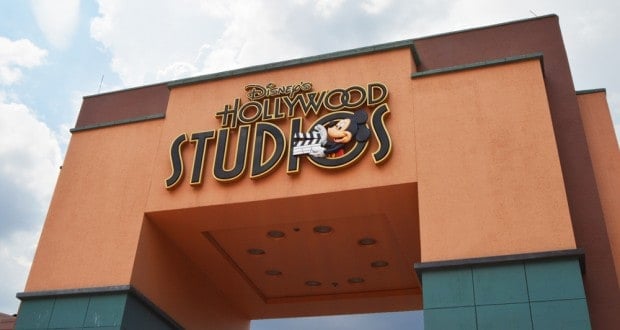 Disney’s Hollywood Studios is changing quickly. The Sorcerer Hat is a distant memory, the original attraction Studio Backlot Tour is gone, and Star Wars Weekends have been canceled. There have also been some additions, such as For the First Time in Forever: A Frozen Sing-Along Celebration, Star Wars Launch Bay, and Symphony in the Stars: A Galactic Spectacular. Toy Story Land and Star Wars Land have been announced, but they are still years down the road. If you have never been to Disney’s Hollywood Studios, now is a great time to go because you will have a chance to experience attractions that might not be around for too much longer. You can also try the new offerings. Here are eight rookie mistakes that you should avoid if you’re planning your first visit to the park.

8. Not Studying Show Times Before Arriving

Disney’s Hollywood Studios is not a “wing it” type of park. You need to have a plan, especially when it comes to watching the shows. You should check the show times before you arrive and make a schedule. That way, you’ll know where you need to be and when. One note about the shows, the first show of the day is usually the most crowded. That is especially true when there are two showings of Fantasmic!. When making your schedule, try to avoid any first show unless you have a FastPass+.

7. Not Looking for Characters

Disney’s Hollywood Studios is a great place to find characters. You can meet some favorites from Toy Story, Monsters Inc., Cars, Star Wars, Phineas and Ferb, Disney Junior, and more. There are classic characters to be found, and you can also get a hug and a picture with Sorcerer Mickey. The problem is that with the changes, some of the characters have moved, and others are hard to find. That’s why it’s important to download the My Disney Experience App. You’ll then easily see who is scheduled to appear. The app has the locations and the times, which will make the characters easier to find. With My Disney Experience, you won’t miss anyone.

There are some incredible full service restaurants at Disney’s Hollywood Studios. You’ll find everything from whimsical to elegant options. Too often rookies think that it’s possible to walk up and get a table. Don’t do that, especially if there is a restaurant that is on your must-try list. Reservations can be made 180 days in advance, and if you’re hoping to try the new seasonal character dinner with Minnie and friends at Hollywood & Vine you might need that much time. Don’t forget to cancel any reservations that you’re not going to use. A credit card is needed to hold your spot, and you’ll be charged if you don’t show up or cancel.

At Disney’s Hollywood Studios, FastPass+ is broken up into two groups. You’ll pick one ride or attraction from Tier One and two from Tier Two. The two most popular rides at the park are both Tier One attractions. You’ll have to choose between Rock ‘n’ Roller Coaster and Toy Story Midway Mania!. As a general rule you won’t need a FastPass+ for most shows, although For the First Time in Forever: A Frozen Sing-Along Celebration and the first Fantasmic! show could be exceptions. Remember that after you use all three selections, you can look for a FP+ kiosk and make a fourth choice. A Cast Member will be on hand to assist you if necessary.

With all the closures, Disney’s Hollywood Studios has gained a reputation for being a half day park. Rookies think that they can hit the park early, ride the rides and catch a couple shows, and then spend the rest of the day elsewhere. If you leave the park early, you’ll miss out on some great experiences. Not only will you not be there for Fantasmic!, you’ll also miss Symphony in the Stars: A Galactic Spectacular. (You don’t have to be a Star Wars fan to enjoy the new fireworks display.) If you’ve never been there, get the thought of Disney’s Hollywood Studios being a half day park out of your head, and plan to spend an entire day. You’ll be glad you did.

As already mentioned, the two most popular rides at Disney’s Hollywood Studios are Tier One FastPass+ attractions. You can only reserve a spot for one ahead of time. If you want to make sure that you can hit both, you’ll need to arrive at the park as early as possible. The Wait Times for the two rides can quickly grow to be an hour or much more, you don’t want to have to stand in that line. If you arrive early, hit the ride that you don’t have a FP+ for immediately.

If you’re running short on time, it’s easy to think that you can just hit an attraction on your next visit. The problem is that the ride or show that you skip may not still be around when you return. Rides and shows have closed with little notice, and there are plenty more changes that are about to be made in the park. Don’t assume that something is safe just because no one has said that it’s closing soon. The two new lands will equal 25 acres total, and those lands have to go somewhere. Don’t skip anything, just to be on the safe side.

Rookies hear of the changes coming to Disney’s Hollywood Studios, and immediately think that it is a park to visit sometime in the future. If you decide to not make DHS a part of your first Walt Disney World vacation, you’ll be missing out. You can experience some of the best thrill rides around, blast off into a galaxy far, far away, learn movie making secrets, and dine on incredible food at unique restaurants. Disney’s Hollywood Studios is not to be missed, even during the transition. Make sure you take plenty of pictures, so that you’ll be able to compare them to what the park becomes several years from now.

2015-12-19
PaulaK
Previous: 10 Tips And Secrets For The Magic Kingdom In Walt Disney World
Next: Disney Dining Review of The Boathouse at Disney Springs 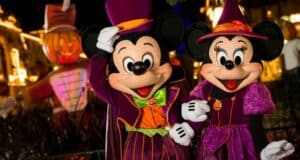 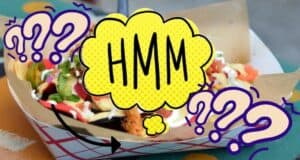