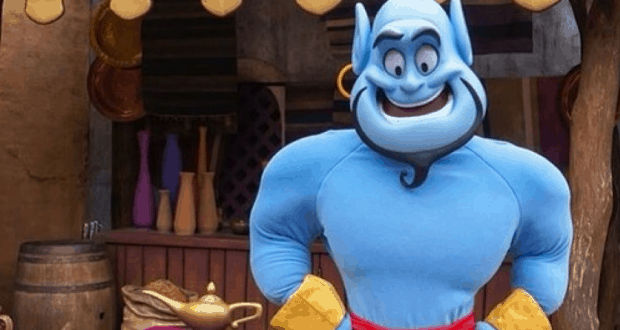 8 Most Elusive Disney World Characters And Where To Find Them

Gone are the days of wandering characters at Walt Disney World. Today, character meet and greets usually have a schedule with an area dedicated to meeting them. Sadly, many people are disappointed with the lack of characters they get to see and meet, especially those with small kids, whose patience do not allow for long wait times. Options for better character viewing include attending character meals, hard ticketed events like Mickey’s Very Merry Christmas Party or Mickey’s Not So Scary Halloween Party, little known events like Character Palooza and special Events like Star Wars Weekends. A little bit of luck is also helpful, as sometimes, a hard to find character is used to train photpass photographers earn their “ears” in Epcot at the World Showplace gates and in the American Adventure pavilion.

For characters that usually have a wait, like some of the princesses or Mickey Mouse, use a FastPass+ for a meet and greet as their lines can get up to the 3 hour mark! Now, I like seeing characters in parades and shows, but let’s face it…I want a picture, an autograph and an experience with the character! That’s part of the fun of never growing up!

Even though he is a much loved character, Genie is a tough find in the parks. Every once in a while, and it is rare, Genie joins Aladdin in Adventureland in Magic Kingdom, but if you catch him there, you have just experienced Disney magic first hand. Genie is a regular at Disneyland, but at Disney World, Genie is brought out for both of the hard ticket holiday parties, for Christmas and Halloween.

7. Beast, from Beauty and the Beast

This dynamic duo is hard to find, which is surprising considering the success of Jake and the Neverland pirates recently. If you want to meet Hook and Smee, you can reserve a spot on the Pirates and Pals Fireworks Voyage during which, you’ll enjoy snacks, trivia, songs, stories and Wishes Nightime Spectacular on your boat in the Seven Seas Lagoon. Sailing 5-6 nights per week depending on season, this is the way to meet those swashbucklers!

5. Jack Skellington, from The Nightmare Before Christmas-

The Pumpkin King, though he has lots of fans wishing to meet him, is only available for the Halloween and Christmas parties. In 2013, Disney had an exclusive meet and greet with Jack and Sally at Downtown Disney for the opening of Frankenweenie. Fans were waiting for over 3 hours! There is always a chance that Disney does another special event, at least we hope!

4. Pinocchio and Gepetto, from Pinocchio-

Unfortunately, Jiminy Cricket is not making appearances anymore at Disney World, which I am hoping changes in the future. His friends Pinocchio and Gepetto and hard to find because they are not operating on a set schedule. Instead, Pinocchio and Gepetto are sometimes part of something that is called Character Palooza that is held at Disney’s Hollywood Studios, a surprise meet and greet. It used to be held only near Tower of Terror, but has been undergoing some changes lately, so it also occurs on the Streets of America from time to time. There will be no published information on it and sometimes, even cast members have no idea what you are asking for. In the late afternoon, characters just come out for about 20 minutes. Sometimes, you will find a common character, like Jasmine or Mary Poppins, but sometimes you get Pinocchio and Gepetto and other hard to find characters.

3. Eeyore and Piglet, from Winnie the Pooh-

Though Pooh Bear and Tigger are easily met by The Many Adventures of Winnie the Pooh ride at Magic Kingdom, the only way to meet and greet with Piglet and Eeyore is to dine at the Crystal Palace on Main Street, USA. Rabbit and Owl are no longer meeting guests at WDW. This is sad for me, as I can remember the 100 acre woods gang roaming around Magic Kingdom together when I was a young girl.

DiVine is the only regularly appearing character that appears on this list. Why? Because it is very possible that you might just walk past her! DiVine is a slow moving, camouflaged character appearing on stilts so she blends into the trees at Disney’s Animal Kingdom. Most of the time, she appears in the walkway between Asia and Africa, but has been seen lately on the paths at the front of the park. She doesn’t talk and sometimes keeps her eyes closed, so it is tough to spot her! If you think the trees are moving and it’s not a windy day, you may have found DiVine!

A title male Disney character, like Aladdin or Peter Pan, is usually a pretty easy to find character. But, if you are looking for the Princes that the Disney Princesses are enjoying happily ever after with, you might have a hard time! Randomly these Princes will show up to a location where their Princess is the main attraction, but it is random and not published on the listed times. We somewhat recently spotted Prince Naveen with Tiana at Magic Kingdom, but that was just lucky timing. Best way to meet a Disney Prince? Attend Disney World on Valentine’s Day. Isn’t that romantic?

2015-06-02
Lauren Wallis
Previous: 9 Things That Can Break Your Budget at Walt Disney World
Next: Top 7 Amazing Things About Disney’s Art of Animation Resort