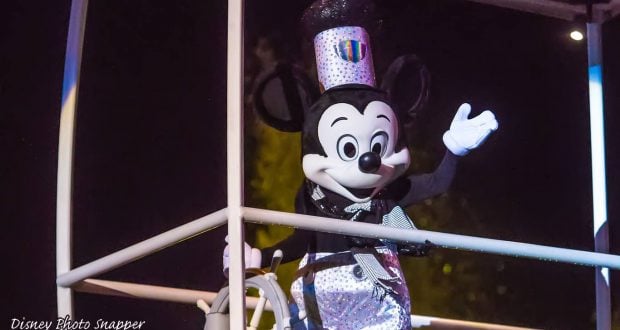 Let’s start with the best part of the day—dessert! Hollywood Scoops on Sunset Boulevard is your go-to place for hand-dipped ice cream, sundaes and ice cream cookie sandwiches. Guest favorites include the apple crisp à la mode and the brownie sundae. There are also several sugar-free and fat-free options available so you don’t have to feel guilty about anything! 7. Beauty and the Beast—Live on Stage!

This impressive Broadway-style stage show takes place at the 1,500-seat Theater of the Stars on Sunset Boulevard. It was the first ever stage show to premiere on the very same day the feature film hit theaters. It debuted in the park on November 22, 1991—the same day that Disney’s Beauty and the Beast hit theaters across the country. This extravagant stage performance combines detailed sets and props, colorful costuming and creative choreography to share a “tale as old as time” of a simple girl named Belle who finds her prince in the most unexpected way. The show runs about 25 minutes, and you’ll want to secure a FastPass+ for a showing and be sure to arrive at the theater up to 30 minutes before show time so you can get the best seats in the house!

Any thrill junkies in your group? If so, you don’t want to miss the Rock ‘n’ Roller Coaster attraction at Hollywood Studios. In this high-speed, high-adrenaline attraction, you’ve got tickets to an Aerosmith concert, and you don’t want to be late! The band has sent a limo to get you to the concert in style. The wild ride through the streets of Los Angeles is fast from the very beginning! You and your fellow coaster enthusiasts will race against the clock to get to the concert before the band starts playing. A thrilling ride complete with corkscrews, twists, turns and drops are all part of this exhilarating, heart-thumping and crazy experience! FastPass+ service is available and a must if you want to race to the Aerosmith concert, so be sure to book yours 30 to 60 days in advance, depending on whether you’re staying off or on Disney property. 5. The Twilight Zone Tower of Terror

During the Golden Age of Hollywood, the Hollywood Tower Hotel on Sunset Boulevard was a place where Hollywood’s elite could leave their cares behind and spend a few days in even more luxury than they were already used to. It was quite the place to be until a freak storm on October 31, 1939. During the storm, lightning struck the hotel, and five guests who were in an elevator at the hotel vanished, and to this day, they have yet to be accounted for. Afterward, the hotel closed its doors. Today you can tour the hotel—if you can stand the dust, dirt and cobwebs everywhere you look! You’ll see the lobby, as it is part of the queue. But the creepy feeling you get when you walk through the queue makes you wonder what’s behind the disappearance of those five guests. As you continue through the queue, you enter a darkened room that’s closed off from other areas of the hotel. You hear more about that fateful night in 1939—and more about the “tour” you’re about to take from a man on a television screen in a presentation like the old Twilight Zone episodes. Then you make your way to a huge machine room where you wait in line to board an elevator. And that’s when you begin to hear the screams. What happens next is different for every single visitor to the hotel.

Race on over to Sunset Blvd to enjoy Lightning McQueen Racing Academy which will be located near Rock ‘n’ Roller Coaster! Step into the theater for a high-def show featuring everyone’s favorite race car from the film Cars – Lightning McQueen. Of course, Lightning wouldn’t forget to bring his best buddy, Mater, along for the ride! After the show, guests have a chance to snap a photo with a Cars 3 favorite, the bright yellow Cruz Ramirez. Speed over to Sunset Blvd for this experience! This unique shop is located at the exit of the Tower of Terror attraction. The shop fits in with the architecture and décor of the rest of the building. If you loved your experience down the elevator shaft at the Hollywood Tower Hotel, why not purchase a souvenir to memorialize the fun? Tower Hotel Gifts sells unique souvenirs like hotel desk bells, as well as clothing, kitchen items, toys, picture frames and more. Don’t miss this eerie shop on your way out of the attraction!

This is one of the most amazing nighttime spectaculars at Disney World. Fantasmic uses pyrotechnics, live performers, projections and other special effects to tell a story. The story is all about the power of imagination—and Mickey is the star of the show. Mickey has a nightmare, and it doesn’t seem to end! Scenes from over 17 Disney feature films are shown as projections against screens of mist, and Mickey also encounters several Disney villains—Cruella De Vil, Jafar, Scar, Hades and more. He even battles Maleficent from Disney’s Sleeping Beauty, who morphs into a huge fire-breathing dragon that stands four stories tall! No spoilers here, but you and your family will find yourselves wondering whether Mickey will wake up from his nightmare before it’s too late! Toward the end of the show, Steamboat Willie navigates a big steamboat through the moat in front of the 10,000-seat amphitheater with all of his best pals—some we can’t see anywhere else at the Walt Disney World Resort. Fantasmic isn’t just another fireworks show—it really is spectacular so don’t miss it! It’s an experience unlike any other at Disney World!