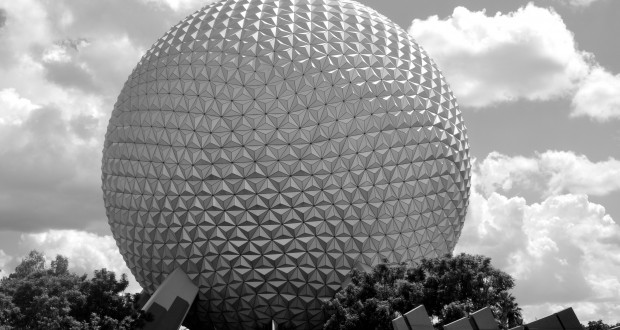 8 Changes That Are Desperately Needed for Walt Disney World

Park guests have expressed their opinions on what they would like to see in the future for FastPass+. Many of us would like to see more FP+ times available, and that this could be done with our smartphones without the need to go to a kiosk, unless we were having trouble with the app. We want to make FP+ selections for the morning in one park, and the afternoon/evening in another park before we go to that park.  Disney is planning on offering more services through their MagicBands and is listening to guest suggestions for both FastPass+ and Magic Bands. What would you like to see in the future with FastPass+? I like not having to run to the attraction to get the FP paper ticket now, but I sometimes don’t know I am going until the day of and have very little chance of getting the really popular rides that day.  I would like to be able to choose the number of FP+ I want to get in each park too. Choosing three, or being given three even if you haven’t chosen them, causes me to have FP+ times for attractions I don’t care about, and someone else probably does but can’t get it now.

The parks are pretty clean, but there are places on stage that are showing wear and tear.  Some queues are worn out and in need of being refurbished or at least a really deep cleaning. These attractions are aging and in need of special attention. There is such a strong push for this new construction to go forth, but there are attractions that are aging and need attention too. Buzz Lightyear Space Ranger Spin is a good example of this. Many times the guns don’t work, the ride vehicle itself is broken and doesn’t spin, and the queue is perpetually dirty.

This has been something Disney has been working on. There are some electric buses in service. The Monorail is very eco-friendly but expensive. Guests would love to see more Monorail transportation or People Mover’s across the property, which is also something that Walt Disney had imagined this Florida Project would have. We love the boat transportation as well. The elevated magnet-powered People Mover would be a blast, but like the Monorail, it is expensive to build.

Many things are going away at Hollywood Studios these days. The large Mickey’s Sorcerer’s Hat is being removed, to allow a straight view to the Chinese Theater from the entrance. Soundstage, American Idol, and The Backlot Tour are or will be closed soon. Legend of Captain Jack Sparrow is closed.  It is expected that the Indiana Jones Epic Stunt Spectacular will be gone to make way for the new expanded Star Wars area of the park. Drawings and details have not yet been revealed on this new Star Wars expansion, only that it is going to happen. There is a new Starbuck’s location that will open soon. The rest of the park is pretty much the same as when it opened. It makes more sense for Hollywood Studios to have the new Frozen ride, rather than in World Showcase. It is a huge Disney film hit and therefore belongs at HS. It would give this park a much needed shot in the arm. This could be the great family ride for HS, such as Seven Dwarfs Mine Train has been for Magic Kingdom. There is not much at HS for young guests to enjoy. Something interactive would be great and expanding the Animation Academy to having two art studios would be awesome! Although we have been told about all these closings, we have not been told what will be replacing the current attractions.

I have always been a big fan of Innoventions, from the moment my Dad told me what it was set up to be and some of the things we could do there when Epcot opened, to this day. It needs to be stepped up, but there are some great activities there right now. That T. Rowe Price Piggy Game is enjoyed by families, kids and adults alike. There are things that have been there for a very long time, as well as unused space. The exhibits in here were not supposed to remain forever, it was supposed to be an endless changing of exhibits to give us a glimpse into tomorrow.

Future World is in dire straits. Ellen’s Universe of Energy and Journey into Imagination still have some fans, but for the most part people are only going there because they are on the FP+ list.  It would be great if Nikon, now the official camera for Walt Disney World, would take one of these pavilions and make it something worthwhile again. Puerto Rico is bidding on having a pavilion at Epcot, and I would love to see more from Puerto Rico! Why not take one of these underutilized Future World pavilions and showcase the beauty and diversity of Puerto Rico.  From the Rainforest and Luquillo Beach to Old San Juan, Ponce, and the mountains of the interior of the island. Arecibo and La Cava?  Surfing, diving, mountain climbing, parasailing, hiking, and more. I have been to Puerto Rico several times, all over the island, and it is one of the most beautiful places on earth. The food is outstanding as well.  But if they become a pavilion in World Showcase, along with the Frozen ride, are they redefining what World Showcase is? Can we have some actual country’s featured in World Showcase and use the other spaces more wisely for the rest?

2. Fix Pirates of the Caribbean-

This is a very popular attraction. This is also a family attraction, without height or age restrictions, so it is something enjoyed by young and old alike.  The queue is appealing and cooler than most which also draws people in. The ride has had several refurbishments and new boats added about a year ago. There seems to be more break downs since the new boats were enlisted. There is more of a splash on this water ride with the newer boats as well.  This has led to guests getting very wet at times, which seems to be a bit better now.  Now the boats get “stuck” and guests often get evacuated from this beloved attraction.  I love this ride and wish that Disney would hire some engineers that know how to assess the situation, determine all the problems plaguing them, and solve the problems so guests can enjoy the entire ride again. Pirates of the Caribbean is the last attraction that Walt Disney worked on just before his death. He did not live long enough to see its grand opening in Disneyland, but it is a great tribute to his creativity.

For instance, in the original plans for Japan, there was a roller coaster intended for the back of their pavilion. The entrance was where the current Kidcot Station is. Wouldn’t that be a great addition to World Showcase? There is space adjacent to Germany that could be used for the water ride they originally intended to open and then it was put aside. The ride space is now being used for Biergarten. I don’t want to see Biergarten go because it is a very popular restaurant.  Disney understands that more rides are desired by guests in World Showcase, but many would prefer to have real countries being featured, not the latest popular Disney film. Keep it real, not imaginary, in the list of World Showcase countries. Disney, keep it interesting! 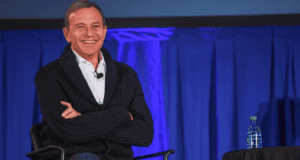