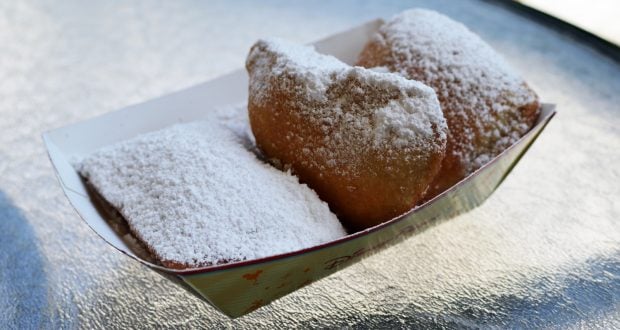 8 Of The “Best Kept Secrets” At Walt Disney World Resorts

The best way to make a vacation in Walt Disney World as perfect as possible is by staying on property at a Disney Resort. There are over twenty different Disney Resorts to choose from which all feature amazing themes, recreation, amenities, pools, dining, shopping, complimentary Disney transportation, and more. Guests who say at a Disney Resort can enjoy any of the three categories that they are broken down into with Deluxe being the most expensive, Value having the best rates, and Moderate falling somewhere in the middle. No matter which Disney Resort a guest chooses, they are sure to have an amazing time from the moment of check in to the last moments of the vacation. While guests might think that they are familiar with the Disney Resorts, there are plenty of amazing details and hidden secrets which often go overlooked. Here are the eight best kept secrets at Walt Disney World Resorts to enjoy spotting on any Disney vacation.

One of the most popular Disney Resorts is Disney’s Polynesian Village Resort found on the shores of Seven Seas Lagoon across from the Magic Kingdom. The Disney Resort invites guests to bask in the relaxation and wonderful atmosphere of the South Seas with pristine white beaches, tiki touches, and architecture straight from the islands. While many guests love to wander the white sand beaches of Disney’s Polynesian Village Resort, they might not realize that there were once waves gently lapping up against the sand. When the Disney Resort first opened in 1971, it featured a wave machine at the bottom of Seven Seas Lagoon which created realistic waves to wash up on the beach mimicking the ocean. Unfortunately, the waves caused unwanted erosion on the beach and the machine was soon shut down.

Disney’s Polynesian Village Resort and Disney’s Pop Century Resort are also home to a snack which many guests might think they can only enjoy in the Magic Kingdom. Dole Whips are one of the most popular snacks in Walt Disney World and feature refreshing pineapple soft serve ice cream. While the snack is most popularly known for being within Magic Kingdom, other Dole Whip versions are available at other parks as well as at these two resorts.

Guests who enjoy a stay at Disney’s Port Orleans French Quarter Resort can enjoy a Mardi Gras atmosphere which transports them to New Orleans’ French Quarter. With plenty of wrought iron details and charm, the dining location at the Disney Resort is called Sassagoula Floatworks and Food Factory and serves up delicious Cajun options as well as American classics. While guests might be familiar with the dining location, they might not realize that Disney’s Port Orleans French Quarter Resort serves up a delicious snack option which is sure to thrill even the pickiest of eaters. Beignets are light and fluffy pockets of fried dough which are then smothered in powdered sugar and sold in batches of three or six.

Guests who stay at Disney’s Yacht Club Resort can enjoy a massive and beautiful lobby which features plenty of nautical details including a massive globe. Those who look closely at the globe can even spot a classic Hidden Mickey off the shores of Madagascar near a whimsical sea serpent.

Disney’s Contemporary Resort is one of the most recognizable Disney Resorts thanks to its modern and minimalistic architectural style. The Disney Resort is also located on the shores of Seven Seas Lagoon and features a lobby with a sweeping atrium that the monorail actually runs through. Guests who explore the lobby can spot a massive mural which soars several stories high and depicts a nature scene with people and various animals. The mural was created by the renowned Mary Blair whose work is also featured on It’s A Small World and in Alice in Wonderland. Those who look at the mural long enough will notice that one of the goats has five legs instead of four and Blair created it that way on purpose to showcase that even nature isn’t perfect.

The newest Disney Value Resort is Disney’s Art of Animation Resort which brings guests directly into the movies. The Disney Resort brings the classic Disney animated films The Little Mermaid and The Lion King and Pixar favorites Finding Nemo and Cars to life with beautifully themed areas and larger than life props. Disney’s Art of Animation Resort’s main pool is the Big Blue Pool which features the characters from Finding Nemo and plenty of chances to cool off. Those who have not dived right in might not realize that the pool also features state of the art underwater speakers so that guests can continue jamming while underwater!

Disney’s Coronado Springs Resort recreates Spanish colonial Mexico with lush landscaping, beautiful architecture, and a celebratory atmosphere. Guests who stay at the Disney Resort can even spot a wonderful topiary which features the Three Caballeros.

Guests who stay at Disney’s Port Orleans French Quarter Resort, Saratago Springs, Old Key West and Disney’s Port Orleans Riverside Resort can enjoy beautiful views and convenient means of transportation. All of these Disney Resorts feature small docks on the river which are home to small boats which travel to and from Disney Springs throughout each day. The boat ride is a convenient and beautiful way to enjoy complimentary Disney transportation.

2016-05-01
Caitlin Kane
Previous: New Pandora — The World of AVATAR Photos Released!
Next: 7 Tips For Getting The Most Out Of Walt Disney World