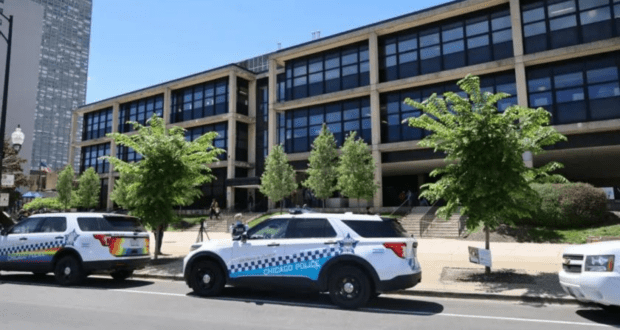 A seven-year-old child at the Walt Disney Magnet School in Chicago was struck by a bullet after a gun inside another student‘s backpack fired. The incident happened on May 17 inside the Walt Disney Magnet School in the 4100 block of North Marine Drive. The child who was wounded was in a classroom at the time the gun went off. After parents learned about the incident, many, understandably, had questions about how exactly a gun got into a child’s backpack and how the child could have brought it to school without anyone knowing.

According to The Chicago Sun-Times, parents voiced their concerns aloud. One mother asked reporters “How did a kid get a gun in his backpack and come to school like it’s a normal day?”

Police officers said that the gun discharged shortly before 10:00 a.m. while it was still inside a backpack in a classroom. The bullet from the firearm struck the ground before ricocheting and grazing another student in the abdomen.

ALSO READ: New film for Disney+ “Out of My Mind” gives a voice to a non-verbal child The boy that was grazed by the bullet was immediately taken to Lurie’s Children’s Hospital where he was said to be in good condition, according to Larry Merritt, a spokesman for the Chicago Fire Department.

“We are working closely with the CPS Office of Safety and Security to make a safety plan moving forward,” Riskus wrote in an email. “Please know that we are taking this situation extremely seriously, and [the Chicago Police Department] is investigating.”

Upon learning about the incident, parents became frantic.

“We are freaking out,” Victor Garcia, whose son attends pre-school at the Walt Disney Magnet School, told ABC7. “There are gun shootings going [on] all over the country. This is crazy.”

Safana Almakram, one of the parents of a student at the school was downtown when she received the email from the principal. She raced to the school where other parents were visibly shaken by the news. Many had arrived to pick up their students.

“We were so scared,” Almakram said.

It reads in part:

Schools today face very different challenges than they once did. One of those challenges is confronting the reality that what happened at Walt Disney Magnet School on Tuesday can now happen just about anywhere.

Words cannot describe what I felt Tuesday morning and in the hours that followed. I am sure that every member of the Disney community has had similar feelings of fear, sadness, and anger.

A loaded gun was brought into school in a child’s backpack. The gun spontaneously went off while in the backpack, in a large common area, amid primary-age children.

Our staff sprang into action and within moments of contacting the police, word spread rapidly through the media. We tried hard to send communication to parents as quickly as we could. Unfortunately, those initial rapid media reports – posted minutes after the incident – could not possibly tell the full story, causing many of you to rush to our school in fear for your children before we could even notify you of the incident and assure you that your/our children were safe. Our community was understandably terrified. As a parent of two young children myself, I understand this reaction and I’m sorry that most of you first learned of this incident via the media.

I have been so impressed by so many; students, parents, and our staff. There was the Assistant Principal who quickly identified the backpack where the noise erupted and removed it from the classroom. The teachers who remained calm and quietly checked in with each student, reassuring them they were not in danger. The teacher who discovered and comforted a child who sustained minor injuries, which were later determined to be caused by fragments of a bullet and debris that had ricocheted off the floor. The security staff members who quickly secured the backpack and firearm until police arrived. The office staff who calmly gathered students as their parents came to pick them up.

On Thursday evening, 130 Disney parents, teachers, and community members came together at our school for about 90 minutes. The purpose of this gathering was to share feelings and reactions in small groups and to brainstorm additional safeguards and procedures that we might consider in light of Tuesday’s events.

Incidents like last Tuesday’s can be terrifying. Our only real comfort comes from seeing how resilient our children have been, and how so many adults managed to keep their own anxiety in check so we could prioritize the physical and emotional safety of our kids.

What our kids saw was a community of loving adults who showed calm concern while continuing to do all the great things they normally do throughout the school day. This display of community character comes as no surprise – and it’s the best reassurance I have that we’re going to be OK. Paulette Savage, a seventh grade teacher at the magnet school, was upset that the principal’s email didn’t specifically say that a student was actually wounded. She says she had to find out from the news media.

“I just expect more transparency,” said Savage, who teaches at another Chicago Public School. “We should never find out from the news.”

Parent Anna Sedelmaier said the school has a “good vibe,” but she also shared that she’s concerned about the “great” and “loving” instructors.

“I’m more worried about the teachers right now because I think [the kids] are fine,” Sedelmaier said. “How they must be viewing this and how traumatic it is for the people who understand the weight of this.” 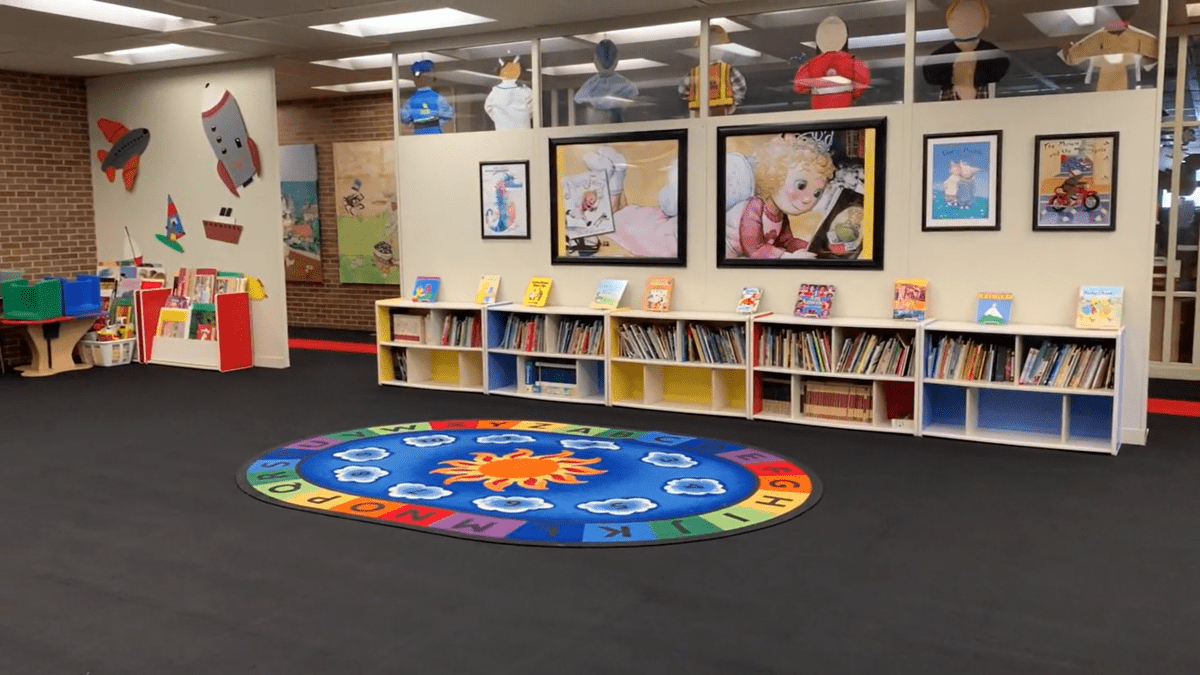 According to its website, “The Walt Disney Magnet School is an eleven-acre site located on Chicago’s lakefront. Much of the student body is bused from the many neighborhoods in the city. Thus, it reflects the racial, ethnic, and socio-economic diversity of the city.

It opened in the 1970s and was the first magnet school in the City of Chicago. Walt Disney Magnet School is an open-spaced environment with a team teaching format. There are approximately 1,600 students in Preschool through 8th grades. Disney is part of the Fine Arts Magnet School Cluster and delivers arts and technology-integrated instruction.” 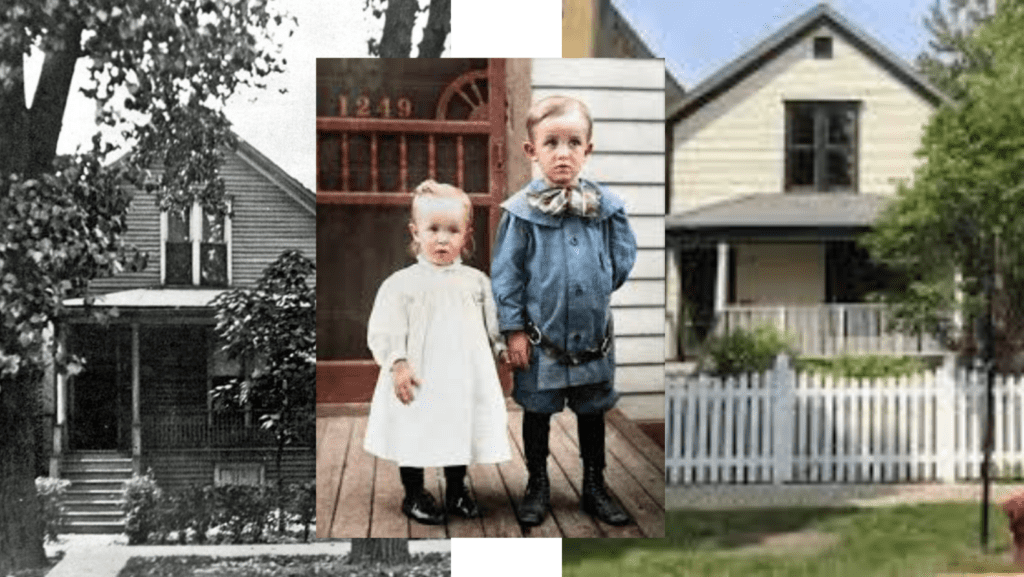 Plans for a new type of instructional setting in the Chicago area had been in place for years. It was determined that the magnet school program was to feature an emphasis on communication arts. Walter Elias Disney was born on North Tripp Avenue in 1901 in Chicago’s Hermosa neighborhood. As such, the question was put forth: Why not honor Walt Disney–the Chicago-born, “uber-arts communicator” for “children of all ages?”

The new building saw its first school year and first welcomed students in 1973, though classes had been taking place inside renovated parts of an old hospital building in Chicago before then.

The mother of the child whose backpack had the loaded gun in it was charged with misdemeanor counts of child endangerment.

Kelly’s 8-year-old son had found the firearm under a bed in the family’s home and brought it to school. Kelly’s bond was set at $1,000.

2022-05-25
+Becky Burkett
Previous: Winnie The Pooh Is Actually Being Made Into a Horror Movie
Next: The Ultimate Nightlife Guide to Disney Springs