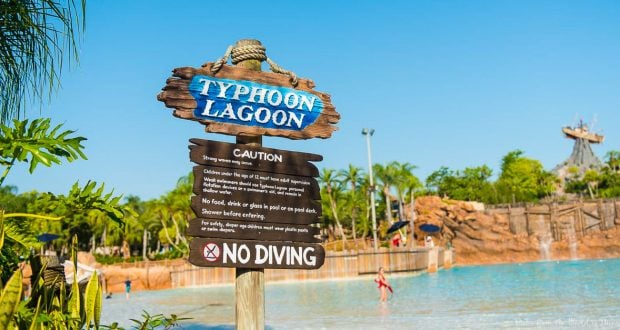 The water parks at Walt Disney World are two of the most unique that you will find on the planet. At Disney’s Typhoon Lagoon you’ll feel like you’ve stepped onto a tropical beach after a storm. Disney’s Blizzard Beach is a ski area; in Florida! There are great rides and plenty of dining options at both parks. Here are seven reasons why Walt Disney World insiders love both of the water parks.

7. Always Something to Do

At the four theme parks you can’t avoid long lines. While there will be lines at the water parks, especially for the slides during the hot summer months, insiders will take a break from the lines and still have fun. The wave pools are great examples. At Blizzard Beach you can float in a tube in Melt-Away Bay. Over at Typhoon Lagoon you will want to check out the Typhoon Lagoon Surf Pool. It’s the largest wave pool in North America and it features six foot swells. You can also take a lazy river ride in either park, or sit out and relax on the beach. It’s possible to spend an entire day in one of the two water parks without waiting in line for one ride.

Each year one of the two Walt Disney World water parks will close for several weeks, starting in October. In January, that park will reopen and the other will close until sometime in March. The schedule rotates, assuring that people who visit at the same time each year will not always have to go to the same park. While refurbishment doesn’t seem like something that insiders would love, they know that it assures that the parks are clean and up to date, with everything working properly. During the cooler months there wouldn’t be enough business most days to justify keeping them both open daily, it’s nice to know that weather permitting there will always be at least one Walt Disney World water park open, no matter what time of year you visit. The annual refurbishment also means that when a park is open, all of the rides should be open.

Insiders love to arrive at either Walt Disney World water park when it opens, which is very often 10:00. They can sleep in a little bit later than if they were hitting one of the four theme parks, but they will still be able to enjoy the water park before it gets crowded. Insiders also know that on hot summer days the water parks will often reach capacity, so they will arrive early to make sure that they won’t be turned away. They’ll hit the slides immediately, then head to the wave pool once the park gets busier.

Who wants to go to a water park when it’s not hot out? Walt Disney World insiders, that’s who! They know that on cooler days there will be few, if any, lines, so they will feel like they have the whole park to themselves. They don’t worry about getting cold, because the water is heated. Insiders also know to ask before heading out if it’s too cold (yes, it does get that cold in Florida from time to time). They don’t want to show up ready for a day of fun in the water, only to discover that Disney made the rare decision to close the park for the day.

Walt Disney World insiders know that surfing in Florida can be a lot of fun, but it can also be hard to learn. That is why they sign up for surfing lessons at Disney’s Typhoon Lagoon. If you decide to give it a try you’ll hit up to 100 waves per session. The lessons are great for beginners, you will be able to learn without having to worry about sharks. If you’ve surfed before you can still sign up, there are intermediate lessons as well. Call 407-WDW-PLAY (407-939-7529) for more information or to make a reservation.

Playing in the water all day can make you hungry. Walt Disney World insiders know that there is a delicious treat that will cool them off from the hot summer sun and help them to refuel as well. It’s called the Sand Pail, and it’s the ultimate water park sundae. Soft serve chocolate and vanilla ice cream are topped with pieces of waffle cones and cookies, hot fudge, caramel, sprinkles, and whipped cream. Of course there is a cherry on top. The sundae gets its name because it’s served in a sand pail, with the shovel as your spoon. It’s big enough to share.

When insiders arrive at a water park as it opens they head towards one of two rides. If they are at Disney’s Typhoon Lagoon they will go immediately to Crush ‘n’ Gusher, and at Disney’s Blizzard Beach it’s Summit Plummet. Crush ‘n’ Gusher is a water roller coaster that will take you down, up, and down again. There are three different experiences to choose from, and they are all fantastic. Summit Plummet is exactly what the name says. You’ll head to the top of the “summit”, and then plummet 120 feet almost straight down. It is not for the faint of heart. Summit Plummet is one of the most popular water rides on the planet, and Walt Disney World insiders want to experience it over and over again. 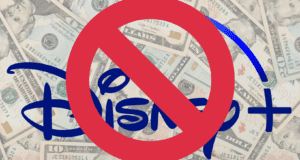