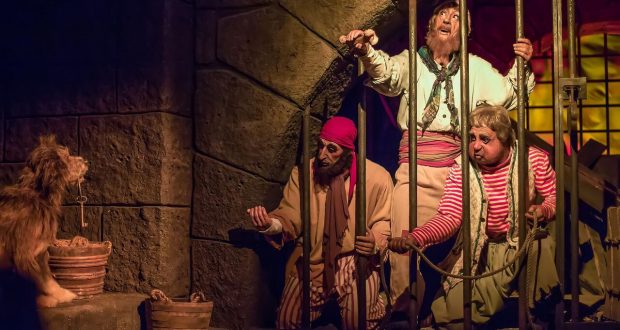 7 Attractions We Hope Never Close At The Magic Kingdom

Disney’s Magic Kingdom was the first park to debut in Florida when Walt Disney World opened in 1971. On that opening day, quite a few classic attractions opening after the ribbon was cut. Some were such a hit that they’re still around today! Here are a few of those favorite attractions that we hope never close down at the Magic Kingdom Park.

1) Pirates of the Caribbean

Pirates of the Caribbean opened with the Magic Kingdom Park on October 1, 1971. From day one, this Disneyland original was brought to Florida and made a part of the magic of Adventureland. Over the years, the Walt Disney Company Imagineers have even added a few extras after the Pirates of the Caribbean movies were made. Captain Jack Sparrow is up to his usual shenanigans all along the ride. Whether you’re new to the attraction or it’s a long time favorite, you’ll be singing “Yo ho, yo ho, a pirates life for me!”

Another familiar sound you’ll hear in the Magic Kingdom is carousel bell. When the bell goes off, the ride begins, and you’re off! Your horse of choice takes you up, down, and all around. You’ll ride like royalty on this classic attraction that we hope never leaves the Magic Kingdom.

This adventurous attraction has also been around since the opening day of the Magic Kingdom. Guests climb to the top of the tree house and pass scenes from the Swiss Family Robinson adventures along the way! One of my personal favorite parts of the climb is the very top, where you’ll see a view of Cinderella’s castle that you’ll find nowhere else. It’s truly magical!

This next classic attraction has been around since the beginning, but it has been recently renovated. Sing along with the birds as the flowers croon and meet the wild residents of the Enchanted Tiki Room!

Tom Sawyer Island is an attraction that encompasses many quests! Take a raft ride, walk a bridge, and wander around the island just like the days of Mark Twain and Tom Sawyer. We hope this adventure will never close, as you never know what you’ll discover each time you go!

For those who love humor, (myself included), I know we never want to say goodbye to this attraction. The Jungle Cruise travels through Asia, Africa, and South America to see the most amazing sights they have to offer. My family favorite is the always-refreshing “back side of water.” Just make sure you watch out for that crocodile, Ginger- she snaps!

2015-01-08
Alexandra Blazevich
Previous: 10 Guest Habits that Really Bug Us
Next: How to Create a Disney Photo Book!