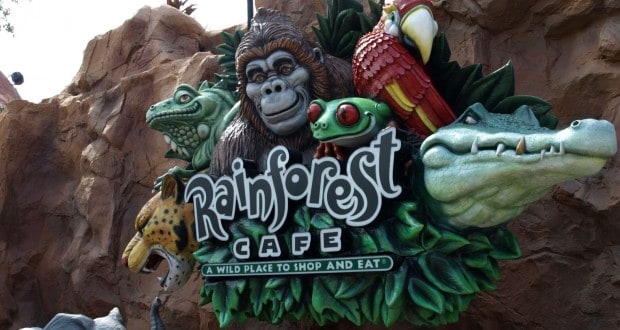 5 Things You Will Love About Rainforest Cafe

Rainforest Cafe has spread to many locations throughout the United States and the world, beginning with its original restaurant in the Mall of America in Bloomington, Minnesota. The frigid winters of Minnesota are about as far from a tropical rainforest as you can get, so there’s no surprise that within the first two years, a new location opened at Downtown Disney Marketplace, where subtropical weather conjures up rainforest vibes much more easily. You can’t miss it as you stroll through the lakeside promenade; it resembles a volcano erupting steam and fire.

With the creation of Disney’s Animal Kingdom, Rainforest Cafe built another restaurant located at the park’s main entrance. Disney provides access to the restaurant from inside and outside of the park, so you don’t need a ticket to dine here. Rather than appearing as a volcano like its sister restaurant in Downtown Disney, visitors enter what appears to be a cave with waterfalls cascading over rock formations.

Since both of these table-service restaurants continue to be popular with park guests, making reservations in advance will ensure that you secure your table. The Downtown Disney site fills quickly, so you may wait even with a reservation. No matter which location you visit, you’ll love Rainforest Cafe for the five following reasons.

This is the perfect place to wander around while waiting for your table. The leafy decorations and animatronic creatures lounging around will immediately grab your attention. A snake even dips down from above to smell you with its tongue. In addition, an animated tree named Tracy speaks to guests about rainforests, animals, and menu items. The shop sells all sorts of gifts and souvenirs, such as t-shirts, plush toys, jewelry and the like, all of which bear the Rainforest Cafe moniker or logo.

Giant aquatic tanks filled with lifelike corals and real tropical fish can be found throughout the gift shop and restaurant. In fact, as you move between the shop and dining room, you pass beneath an “aquatic archway” where fish dash all around and above you. Many guests engage in fish-watching with their small children while waiting for tables or food. It isn’t unusual to hear children calling for Dory when they notice a fish resembling her.

The jungle-like atmosphere at Rainforest Cafe is something truly to be experienced firsthand. Before you enter the restaurant, an alligator meets you by a wishing well, where you can make wishes and toss coins into the water. As you enter the cave at Animal Kingdom or the volcano at Downtown Disney, you’ll notice the artificial foliage draped all over the place. Additionally, indoor waterfalls provide an acoustic ambience that enhances the rainforest experience and creates a relaxing effect. The ceiling features a nighttime sky with a fiber optic star field that causes diners to sometimes forget that they’re indoors.

Every 20 minutes, simulated storms peel with thunder throughout the building and rouse the animatronic wildlife. Diners don’t have to worry about the rain, however, because the room is engineered to gather water away from them. The animal population includes creatures indigenous to various rainforests in Central and South America, Africa, and Asia. You will encounter gorillas, elephants, snakes, butterflies, macaws, jaguars, and much more, all of which the storms stir up to excitable movement and shouts of their respective calls. Sure, the place can become quite noisy, but don’t worry, the uproar lasts only a few moments. Any interrupted conversations will soon resume once the storm subsides.

The moderately priced menu features a variety of fare, including popular appetizers, soups and salads, burgers, sandwiches, pasta, seafood, and entrées of beef, chicken, and pork. With eleven entrée selections, children find that they have more choices on the kids’ menu here than elsewhere, and they’ll certainly get excited if you order them a collectible Rainforest Character Cup. Of course, Rainforest Cafe provides an excellent dessert menu, as well. Those adults who enjoy a tropical cocktail, a glass of wine, or a beer will discover a wide selection, and cocktails can be ordered in a souvenir glass. In keeping with the restaurant’s theme, menu items are presented with rainforest-related names. The lunch and dinner menus are identical to each other and are served at both Walt Disney World locations.

The Rainforest Cafe’s location at Disney’s Animal Kingdom also serves breakfast, making it convenient to arrive early, say 8:30 a.m., get a bite to eat, and then head inside to enjoy the great attractions and entertainment. A “secret” park entrance in the back of the restaurant is dedicated to its guests, allowing them to avoid long lines at the main entrance. Besides being convenient, breakfast at Rainforest Cafe provides a delicious dining experience with French toast, waffles, eggs, potatoes, omelettes to order, bacon, and even flat iron steaks. If you need a little caffeine to get your engines running, they serve several coffee drinks, including espressos, cappuccinos, lattes, and java freezes for those who anticipate a hot day.

No, we’re not talking about the huge volcano that spits out fire at Downtown Disney Marketplace, although that’s amazing in itself. The volcano we’re mentioning can be found on the dessert menu. Though everyone in your party will likely find something to delight their tastes while eating here, nothing compares to the Sparkling Volcano.

First, you should know that this dessert feeds several guests, especially if everyone has already consumed two courses. Next, the wait staff will shout, “Volcano!” continuously while delivering it to you. When you first see it, you may feel shocked and amazed.

Think of a volcano made of warm chocolate brownie cake filled with vanilla ice cream “lava.” Whipped cream emerges from the top of the cone, and caramel and chocolate sauces are poured over it, causing rich “lava flows” that stream down over the cake and pool on the plate. The volcano used to be topped with a lit sparkler, but due to safety concerns, Rainforest Cafe replaced it with a plastic replica. If there’s a birthday in your party, you can order it with a candle. Either way, your party won’t be able to resist the power of the Sparkling Volcano.

Everybody grab your spoons and dig in! 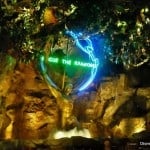 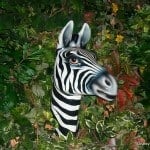 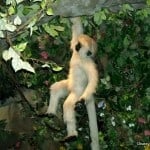 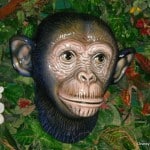 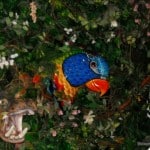 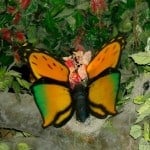 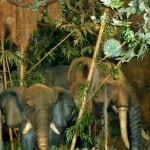 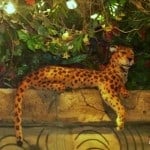 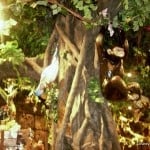 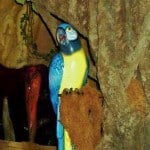