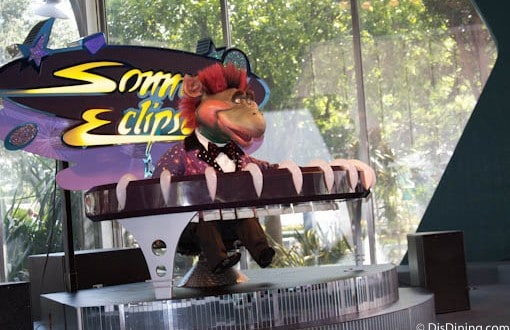 5 Things You Will Love About Cosmic Ray’s Starlight Cafe

Cosmic Ray’s Starlight Cafe is a fun Magic Kingdom counter service restaurant. It holds a special place in my heart because it’s the first Walt Disney World restaurant that my family and I ever dined in. There’s a fun theme, and the food is good. The eatery is quite popular, so you might want to try it at a non-traditional mealtime. Here are five things that keep guests coming back to Cosmic Ray’s Starlight Cafe.

Cosmic Ray’s Starlight Cafe is conveniently located. It is officially in Tomorrowland, but it’s right on the border of Fantasyland. The building is huge, it’s hard to miss. It’s also close to Cinderella Castle, allowing for some great views. If you’re in the back of the park and you’re looking for a meal, Cosmic Ray’s Starlight Cafe is not far away.

On a hot day in Florida you will need a break from the heat. Fortunately, there is plenty of indoor seating at Cosmic Ray’s. The main dining area (The Starlight Lounge) can get crowded, so if you can’t find a seat check on either side of the ordering area. There are often tables available because people don’t realize that there is dining back there. If it is nice out there are also some tables outdoors. If you’re trying to beat the heat you might want to stay away from those, but they’re nice after the sun has set.

You are bound to find something that will fill you up at Cosmic Ray’s Starlight Cafe. There are three different “Bays” and they all feature the same items. There is rotisserie chicken, chicken nuggets, Angus cheeseburgers, veggie burgers, chili dogs, vegetable sandwiches, Greek salads, hot dogs, chicken sandwiches, and barbecue pork sandwiches. The kids’ meals are turkey sandwiches, chicken nuggets, or Smucker’s Uncrustables. Cosmic Ray’s also is the best counter service option for a kosher meal at the Magic Kingdom. Ask a Cast Member for more information.

After you receive your order, you’ll want to head to the Topping Bar. On it you’ll find more than just the usual condiments. You can add lettuce and tomatoes, or make your meal a bit fancier with sauteed mushrooms and onions. You will also find ketchup, honey mustard, BBQ sauce, and more. Some of the topping bars at Walt Disney World have disappeared over the past few months, here’s hoping that the one at Cosmic Ray’s will be around for years to come.

The atmosphere at Cosmic Ray’s Starlight Cafe is fun and a bit on the campy side. It might remind you of a bad science fiction movie. To add to the fun, Cosmic Ray’s has a lounge singer named Sonny Eclipse. He’s an Audio-Animatronic alien who sings songs such as Gravity Blues and Starlight Soup and Salad. Sonny performs daily in the Starlight Lounge, and he even has a backstory. His backup singers are the Space Angels, but since they’re invisible no one knows how many of them there are. If you want to see Sonny Eclipse while you eat, you’ll need to find a seat in the main dining area. His show lasts approximately 25 minutes and runs throughout the day.