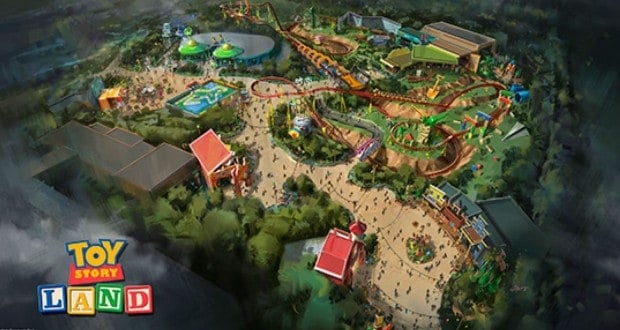 At the D23 Expo in August, 2015, some of the plans for Disney’s Hollywood Studios were announced. The future of the park includes two new lands. One will be based on Star Wars and the other is tentatively called Toy Story Land. Construction is set to begin in 2016, but no timetable for the opening of either land has yet been released. We haven’t even been given a year. Not too many official details have been announced about the new lands, which has the rumor mill working overtime. There have also been no announcements from Disney about restaurants or shops for Toy Story Land, but we can assume that there will be food and merchandise. Here are four things that we do know as fact about Toy Story Land. Disney Dining will bring you more details when they become available.

The new Toy Story Land will have guests feel like they have entered Andy’s backyard. (For those who don’t know, Andy is the boy who owns the toys in the Toy Story movies.) Andy must have a pretty big backyard, because the expansion is going to cover 11 acres. You’ll see things from the point of view of the toys from the movies, so you’ll need to imagine that you’ve shrunk to the size of a toy to get the full experience. There will be plenty of larger than life toys like building blocks and board game pieces on hand to add to the fantasy.

One of the most popular rides at Disney’s Hollywood Studios is Toy Story Midway Mania!. The ride opened in May, 2008, and it was an instant classic. Guests wear 3D glasses and play carnival style games. There are plenty of Toy Story characters on hand to help and encourage you. At the end of the ride you’ll learn what type of virtual animal you “won” (you don’t get to keep anything), and you’ll also learn who scored the best in your ride vehicle. The ride is extremely popular, with FastPass+ often running out weeks in advance, and lines of 90 minutes or more even on slower days. That is soon going to change. Construction is already underway on an expansion for the ride. When complete, it should boost the ride’s capacity by 50 percent. The best part is that you will not have to wait for Toy Story Land for the expansion, it is set to be ready sometime before the end of 2016. There will still be lines for the popular ride, but they should be much more bearable.

In addition to Toy Story Midway Mania!, two new rides have been promised for Toy Story Land. The first will feature the green aliens that are found in the claw game at Pizza Planet in the Toy Story movies. Not too much is yet known about the ride, including the official name. Guests will climb into flying saucers, and it sounds like they will become part of a popular arcade game. Disney has warned future riders to “beware The Claw”. The ride is expected to include lighting and musical effects.

The other new ride promised for Toy Story Land is a family friendly roller coaster. Guests will climb aboard Slinky Dog’s back and head into an adventure. No other details about the ride have been released, but from the concept drawings it looks like guests will ride within the slinky “rings”, and that they will sit two people across. No huge hills or drops are expected, as Disney is calling it a “family friendly roller coaster”. The ride should be a nice contrast to Rock ‘n’ Roller Coaster, which is one of Walt Disney World’s most intense rides.

Children Missing for a Year Found Less Than Two Hours From Disney World, 1100 Miles From Home 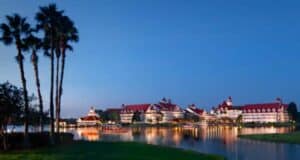