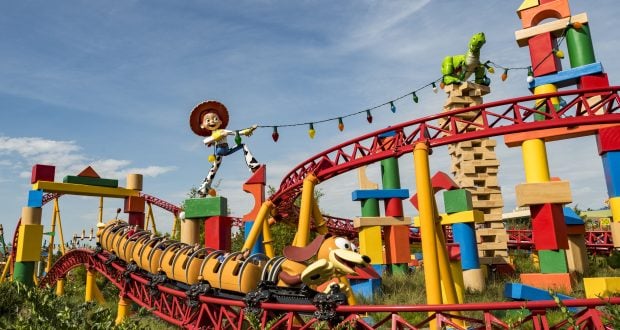 Walt Disney World promised that it was going to be an Incredible Summer, and they did not disappoint. The Incredibles took over Tomorrowland. This included a chance to see Edna Mode. The Incredibles were so well received that they’ll be heading to Disney’s Hollywood Studios in January. There was an unexpected bit of news at the Magic Kingdom that took everyone by surprise. Maleficent caught fire during the Disney Festival of Fantasy Parade. No one was hurt, except, unfortunately, for Maleficent. One of the biggest changes at Epcot in 2018 was the expansion of the Epcot International Festival of the Arts.  It ran seven days a week, in its inaugural year it was a weekend festival. If you have yet to experience Epcot’s newest festival it will return on January 18, 2019. There is a lot that is changing at Epcot. Construction continues on the Guardians of the Galaxy roller coaster, as well as the Ratatouille ride. No opening dates have been announced for those, but Remy did decide to show up all over World Showcase for the Epcot International Food & Wine Festival. Finally at Epcot, in 2018 it was announced that IllumiNations: Reflections of Earth will end next summer and will be replaced by a new fireworks show. The biggest news for 2018 was the opening of Toy Story Land. That took place on June 30. There are two new rides, plus the entrance to Toy Story Mania! is now found in Andy’s Backyard. There are also characters, a counter service restaurant, and some merchandise kiosks. Toy Story Land has received mostly positive feedback, although some people complain about the lack of shade. Also at Disney’s Hollywood Studios, a longtime show had its final performance. Disney Junior – Live on Stage started back in 2001. It was replaced by Disney Junior Dance Party! on December 22. Even though it opened in 2017, the crowds for Pandora – The World of Avatar did not calm down much in 2018. Avatar Flight of Passage remains the hardest to obtain FastPass+ reservation, and it’s usually the longest standby line. Dinoland U.S.A. got a bit of a makeover with Donald’s Dino-Bash. It features tons of characters, including a Chip ‘n’ Dale meet and greet that you don’t want to miss. There’s also a dance party. The show Flights of Wonder had its final performance on December 31, 2017, and it was replaced in April by UP! A Great Bird Adventure. The new show features Russell and Dug, and it opened in time for Disney’s Animal Kingdom’s 20th Anniversary. Sadly, Rafiki’s Planet Watch closed in October. Wildlife Express Train shut down as well. The good news is that even though it was originally reported in some places that the closure was permanent, that does not seem to be the case. Wildlife Express Train and Rafiki’s Planet Watch are still on the Walt Disney World website, with an announcement about the closure and a “check back for updates” notice. 2018 has been good to Disney Springs! Several new restaurants are now open. Wine Bar George, 4 Rivers Cantina Barbacoa Food Truck, Chicken Guy!, Maria & Enzo’s Ristorante, and The Edison are just a few of them. There are new shops as well. World of Disney is the largest Disney merchandise store in the world. In 2018 it underwent a refurbishment that lasted several months. The store remained open during the work. The grand reopening showed a more open space. The inside walls are gone, and the new store now better fits the theme of Disney Springs. Of course, one thing has been missing from Disney Springs in 2018. La Nouba by Cirque du Soleil closed on December 31, 2017. A new Cirque du Soleil show is supposed to be on the way, but few details have been released. Sebastian’s Bistro has opened at Disney’s Caribbean Beach Resort, and it is already a hit. The menu features burgers, sandwiches, steak, seafood, and other choices, all with a Caribbean and Latin flair. At Disney’s Contemporary Resort, Sammy Duvall’s Watersports Centre closed with little warning. It is still possible to rent watercraft from the marina at the resort. Disney stepped it up a bit for Annual Passholders in 2018. There have been seasonal magnets as gifts just for showing up. When a preview didn’t take place before the opening of Toy Story Land, Passholder Play Time was offered instead. It allowed Passholders to spend an hour in the new land before the park would open to the general public. Passholders could pick one date, and spots were limited for each one. Also new for Passholders in 2018 was V.I.Passholder Events. There were three of them, two at Epcot and one at the Magic Kingdom. Passholders could pick one of the three events, and enjoy the park with a limited number of other guests. Some levels of Florida Resident Passholders were not eligible for the special events.