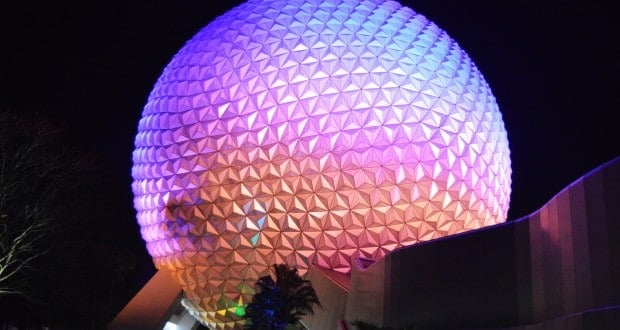 Walt Disney World is full of little known facts that most visitors never discover, and Epcot proves to be no exception to the rule. Perhaps you’ve been to Epcot a hundred times and experienced its wonderful attractions, shows, and restaurants, but maybe you haven’t seen all there is to see. Behind the magic, Disney secrets wait to be uncovered by fans who want to know more. Here are fifteen of them that you may not have heard before.

Even in the World Showcase pavilions, Walt Disney World pays particular attention to all the specific details of culture. When designing the motif for the indoor Plaza de los Amigos in the Mexico Pavilion, Imagineers created lighting that imitated twilight. Their reason came from the fact that friends and family in Mexico traditionally socialize in the plaza at twilight.

14. The Roller Coaster That Never Was

Disney Imagineers once planned a Mount Fuji themed roller coaster for the Japan Pavilion. The attraction would bring attention to the active volcano that the Japanese people consider the most significant peak in their nation. Disney’s business relationship with Kodak resulted in them abandoning the project. Kodak’s biggest competitor at the time…Fujifilm.

Imagineers used forced perspective to give the illusion that the Eiffel Tower in the France Pavilion is larger than it is. The structure stands at one-tenth the size of the real one in Paris, but Disney built it to scale to support the illusion. Imagineers placed it near the back of the pavilion to give viewers the sensation that the “tall tower” is looms from a distance.

The Epcot International Flower and Garden Festival takes place every spring. Professional gardeners turn Epcot into a colossal garden with more than 30 million flowers, numerous topiary displays of Disney characters, and educational horticultural presentations. The massive garden requires a massive effort, taking more than a year of preparation to bring it about, even though it only lasts about 75 days.

Mission: SPACE is the first Disney Theme Park attraction that offers two distinct riding options. Because the Orange Team experience can be too intense for many visitors, Imagineers decided to include the milder Green Team experience. This strategy allows both thrill seekers and guests with smaller thrill appetites to enjoy the attraction.

Ellen’s Energy Adventure addresses power generation, consumption, and the diversification of energy resources, but it also practices what it preaches. Two acres of solar panels cover the rooftop of its pavilion, Universe of Energy, powering the attraction to give park guests a comfortable ride inside an air conditioned building. If you back away from the building and take a look, you’ll notice a sea of photovoltaic cells soaking up all the sunshine they can.

At the grand opening of Epcot in 1982, Lillian Disney (Walt’s widow) welcomed representatives from 23 nations to the dedication ceremony. The representatives brought natural water from their homelands to add to the Fountain of the Nations, which is located in Future World, right behind Spaceship Earth. The gesture addressed the common dreams and aspirations that humankind shares, regardless of national origin.

The attraction known as Living with the Land in the Land Pavilion serves not only as an educational ride for park guests, but also as a means of sustainable agriculture production. More than thirty tons of fruits and vegetables each year are grown using innovative techniques. Disney horticulturalists have succeeded so well at increasing production that they hold the world record for a single tomato vine yielding over 32,000 tomatoes. You can taste these “miracle” fruits and vegetables at restaurants all over Walt Disney World.

A 5.7 million gallon aquarium sits smack dab in the middle of The Seas with Nemo & Friends. With a diameter of 203 feet and a depth of 27 feet, this fish tank is one of the largest in the world, which it should be, because over 8,000 creatures call it home. To put its size in perspective, imagine placing the entire Spaceship Earth inside the fish tank. It would fit with room to spare!

One of the most popular rides at Epcot is both the slowest and fastest attraction in Disney Theme Park history. Opening three years later than scheduled, Test Track holds the record as the Disney attraction with the longest delay from start to completion. Despite its slow start in development, Test Track is the fastest ride in Disney Theme Park history with a top speed of 65 miles per hour.

Another interesting fact about Test Track concerns the cars themselves. You may think that they have only four wheels, but that’s because Disney wants you to imagine them as automobiles. Actually, Test Track cars have 22 wheels each. In addition, Imagineers designed the vehicles with six braking systems in order to ensure the safety of riders as they slow down from their race around the track.

If you get the chance to watch IllumiNations: Reflections of Earth, take note of the Earth Globe that floats out into the middle of World Showcase Lagoon. Made up of 187,200 light emitting diodes (LEDs), the Earth Globe presents clear images on the world’s first spherical video display system. The sphere is 28 feet in diameter, so placing it in your den to watch the football game is out of the question.

The iconic structure that represents Epcot is a geodesic sphere, an architectural form that was mathematically defined and popularized by the late Buckminster Fuller. In addition to inspiring the design, Fuller coined the term, “Spaceship Earth,” thereby providing its name. But it isn’t actually just a geodesic sphere, it’s actually two spheres, one inside another and separated by only two feet of space. The inner sphere is coated with thick rubber, but the outer one is covered with 11,324 aluminum and plastic alloy triangles. If you stand near it during a downpour, you’ll notice that no rain runs off the sphere. An internal gutter system guides the water through Spaceship Earth to World Showcase Lagoon. Also, a trapdoor is located on top to give access to cast members.

1. Dome City of the Future

Epcot was once an acronym standing for Experimental Prototype Community of Tomorrow. Walt envisioned a futuristic urban center that served as a true community where metropolitan living would be improved through innovation and ingenuity. Similar to the parks he developed, Walt designed Epcot as a hub and spoke model; the center of the city would contain an industrial zone and the outer areas would feature residential and recreational sections. Glass domes would allow natural light to illuminate the city, vehicles would drive on underground streets, and public transportation would include PeopleMovers and high speed monorails. Unfortunately, Walt passed away before he could refine his plans, so Imagineers revised them to make Epcot feasible. 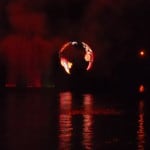 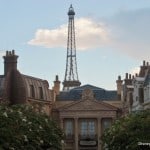 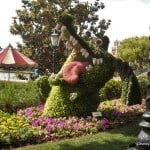 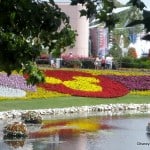 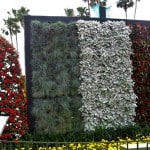 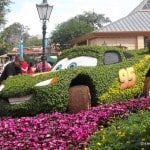 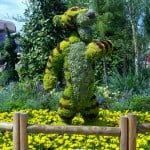 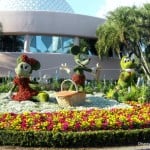 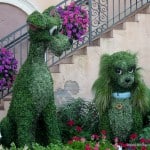 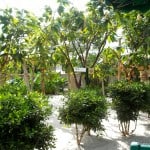 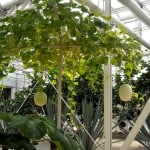 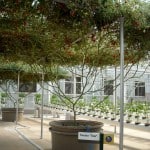 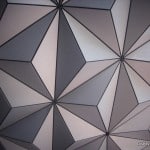 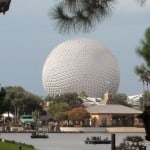