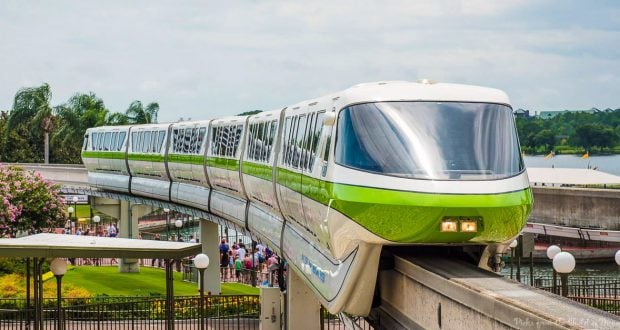 The magic at Walt Disney World gets a boost from the 60,000+ people employed by the theme park giant. Disney endearingly refers to its employees as Cast Members, and those Cast Members are responsible for the smooth-sailing of Guests’ days at the four theme parks. There are tasks performed by some Cast Members that are 100% behind the scenes, and there are some that are 100% in front of Guests and directly related to Guests. While there are hundreds of job descriptions among the positions held by Cast Members at Disney World, there are some that just seem more magical, more fun and more sensational than others. Here are 11 of them.

Inside Cinderella’s Castle, on the bottom floor, there is a place where fantasy becomes reality. Princes and princesses are born right in front of our eyes. With a wave of a wand and a few magic words—“Bibbidi, Bobbidi, Boo!”—Guests ages 3 to 12 are turned into royalty! At the Bibbidi-Bobbidi Boutique, children can have makeovers, including hairstyles, make-up and more, and become their favorite princesses. (Even boys can become princes or knights!) And the wonderful Cast Members that bring about this kind of magic at the Boutique are called “Fairy Godmothers-in-Training.” Not too many jobs could trump this one when it comes to magic and making dreams come true!

Ok, so it might not be uber-sensational to simply guide Guests into the slowly-moving blue ride vehicles at the PeopleMover attraction, but you have to admit—there’s something really cool about walking backwards for an entire shift and never going anywhere.

9. Baker at the Confectionery

Disney World is known for its world class customer service, and one of the best examples of that customer service is a Cast Member’s license to gift something to a Guest and say “It’s on the Mouse!” (as opposed to “it’s on the house!”) Wouldn’t it be absolutely sensational to watch someone’s eyes light up when they realize they’ve been given something—a cupcake, a memento, a keepsake, a souvenir—and instead of pulling out their wallets, they can simply receive it, compliments of Mickey himself?

If you’ve ever had the esteemed honor and pleasure of visiting Disney World in November or December, you know how beautiful the entire resort is! It’s dressed in its Christmas best, and Magic Kingdom is absolutely spectacular! There are a bazillion Christmas trees, and not a one was haphazardly decorated! Every ornament is perfectly placed, and every dazzling light is on point! It must be a fabulous job to get to decorate those Christmas trees and bring some holiday magic to Guests all season long!

6. Hanger of ice on Cinderella Castle

Another wonderful sight to see at Magic Kingdom during the holiday season is Cinderella Castle aglow with “ice” covering the spires and turrets! It’s gorgeous! But because snow is somewhat scarce in central Florida, the castle has some help from some very brave Cast Members who are hoisted up to the tip top to drape thousands upon thousands of lights over the castle. I don’t know if I’m brave enough to get up there in one of those boxes at the end of a crane, but it must be a fun job—you’d go home knowing that you were responsible for the castle’s dazzling appearance! What a feather in your cap!

5. Server at Be Our Guest

Be Our Guest restaurant in Fantasyland at Magic Kingdom is one of the most beautiful places to eat in all of the Walt Disney World Resort. And for this reason, it would be sensational to work as a server in the West Wing and bring the Grey Stuff to Guests who’ve never tried it! I think the prettiest place to serve would have to be the Ballroom—the snow is beautiful, and so is the huge room!

One of the most fabulous jobs at Walt Disney World’s Magic Kingdom has got to be that of a PhotoPass photographer who snaps photos of families and couples and children of all ages with Cinderella Castle in the background. Who wouldn’t want to wake up and go to work if work meant snapping pictures of Guests standing on Main Street with huge bouquets of Mickey balloons behind them?

Wouldn’t it be great to be the person responsible for transporting excited Guests, full of wonder and anticipation, from the Transportation and Ticket Center to the Magic Kingdom gates? And it would also be fun to be take those same Guests back to their vehicles after a long, fantasy-filled day at Magic Kingdom—can you imagine the smiles, souvenirs, happy faces and other signs of Guests being exposed to the contagious Disney magic? The job that would best afford those opportunities to you would be that of a monorail pilot. Is that a Class C license or CDL? Do they have a special license for the monorail? Hmm…I wonder.

In addition to the monorail pilot, the Captain of one of Disney’s ferries is also charged with transporting Guests from the Ticket Center to the gates at Magic Kingdom, and vice versa. The ferry Captain’s job is especially important when the monorail service is down because of maintenance or a problem with a train—that’s because the ferry is the only way back to the TTC and ultimately to Guests’ cars if the monorail is unavailable. I don’t think I’d be bored going back and forth across the Seven Seas Lagoon at Magic Kingdom. How could anybody be bored when “the office” is a ferry taking Guests to and from Magic Kingdom?

One of the most sensational jobs at Magic Kingdom would have to be playing the part of a face character—“face” meaning that rather than wearing a character’s head atop your own, your face would serve as the face of the character. If you have the role of face character, you might be playing the part of Belle, Princess Aurora, Cinderella, Tinkerbell, Merida, Anna, Elsa, Gaston, Prince Eric, Aladdin, Jasmine and others. What a fun job it must be when you are the embodiment of children’s beloved characters and when you are the reason the magic continues! That’s got to be sensational indeed!