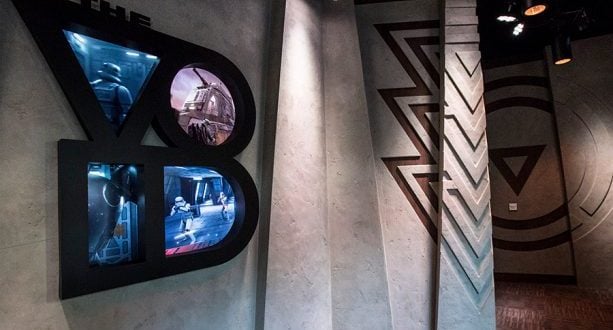 Walt Disney World is a vacation destination that all sorts of guests enjoy every single day, regardless of age or party size. While many of the guests who travel to the Disney Parks might be families with young children, there are just as many other combinations of guests including adult couples, solo travelers, and more. A great way to enjoy all that Walt Disney World has to offer is traveling to the location with a group of guys and creating a special guy’s trip filled with entertaining experiences and more. Guys who plan a Walt Disney World vacation can definitely check out some of the classic experiences such as watching the nightly fireworks in the Magic Kingdom, however they also might be looking to enjoy some other experiences that will lead to an epic guy’s day for the books. From special events to big thrills and everything in between, here are twelve ideas for a guy’s day out to remember.

The perfect way to start out an epic guy’s day in Walt Disney World is by heading to Disney’s Animal Kingdom to enjoy a special tour that brings guests backstage on an unforgettable adventure. Guys will be sure to love embarking on the Wild Africa Trek which brings them into the Harambe Reserve where they can have some up close encounters with animals such as feeding a hippo and enjoying a light breakfast from an outpost on the savannah. Guys will also love the sense of adventure that comes from crossing rickety bridges suspended high above the hippos and crocodiles on this awesome adventure!

After enjoying the Wild Africa Trek, guys can head over to Disney’s Hollywood Studios for a duo of attractions that pack some major thrills. Sunset Boulevard is home to The Twilight Zone Tower of Terror where guests can step into the deserted Hollywood Tower Hotel and soon find themselves trapped on an elevator that plunges directly into The Twilight Zone. After the first thrilling experience, guys can head next door to the Rock ‘n’ Roller Coaster Starring Aerosmith where a super stretch limo is waiting to launch them to high speeds and rocket them through downtown to make it to a concert on time. After the duo of thrilling attractions on Sunset Boulevard, guys can head over to Toy Story Land to enjoy an attraction that lets them engage in a little friendly competition. Toy Story Mania magically shrinks guests down to the size of toys and has them compete in a series of 3D midway games each hosted by a different Toy Story character. Guys will absolutely love competing to see who can score the highest and earn some bragging rights for the day.

The Grand Avenue area of Disney’s Hollywood Studios is home to BaseLine Tap House, a quick service location that serves up delicious small bites and lots of beer and wine on tap directly from California. Guys will love indulging in a light lunch, some beverages, and the laid back atmosphere of the outdoor patio at this relaxing location in the park.

After a busy start to the day, guys will certainly be ready for a little more relaxation which can be found at any of the Disney Resorts found throughout Walt Disney World. Each Disney Resort is home to at least one pool which is the perfect place to kick back, relax, enjoy some sunshine, and cool off on a hot afternoon in Central Florida. This is the perfect opportunity for guys to rest up before heading back out to the parks to finish off their ultimate guy’s day out.

7. Another Round of Competition

After relaxing poolside, guys should head to the Magic Kingdom where a second round of competition can be found on another Toy Story centered attraction. Tomorrowland is hoem to Buzz Lightyear’s Space Ranger Spin where guests are called to join Star Command to help defeat the Evil Emperor Zurg. Guys can grab special blasters and take aim at targets designed to steal power from Zurg, and the end results will declare who got the high score and bragging rights for the rest of the night. The Magic Kingdom is also home to a trio of thrilling mountains that guys can conquer on their visit to the park. Space Mountain in Tomorrowland blasts guests off into the darkness of space for a thrilling journey that is out of this world. Frontierland features Big Thunder Mountain Railroad where a runaway train whips guests around the mining town of Tumbleweed on the wildest ride in the wilderness. Right next to Big Thunder Mountain Railroad is Splash Mountain where guys will love slipping down several drops including the final plunge fifty feet below into the Briar Patch with a huge splash!

After conquering the three mountains of the Magic Kingdom, guys can head further into Frotnierland to enjoy the Frontierland Shooting Arcade. This unique attraction does require a fee, but guys will love picking up the toy rifles and taking aim at dozens of targets in a Wild West scene that when hit, each trigger a unique effect. This often overlooked experience in the Magic Kingdom is a great way for guys to spend a few minutes during their awesome day. As an epic guy’s day begins to wind down, head over to Disney’s Polynesian Village Resort to enjoy a special bar area that combines delicious cocktails with a really fun atmosphere. Trader Sam’s Grog Grotto invites guests to enjoy quirky interactions with the environment itself and the Cast Members that are triggered by each specialty drink order. Guys will love sipping on delicious beverages while participating in the fun in this interactive and upbeat location.

After Trader Sam’s Grog Grotto, the perfect ending to a guy’s day in Walt Disney World can be found on the second floor of the Great Ceremonial House at Disney’s Polynesian Village Resort. Guys will love dinner at ‘Ohana, an all you can eat affair where the flavors of the islands are brought to life through family style appetizers and starters and all you can eat meat and shrimp options. With decadent food, views of the nightly Magic Kingdom fireworks across Seven Seas Lagoon, and wonderful atmosphere, ‘Ohana is the perfect location to end an unforgettable guy’s day in Walt Disney World.