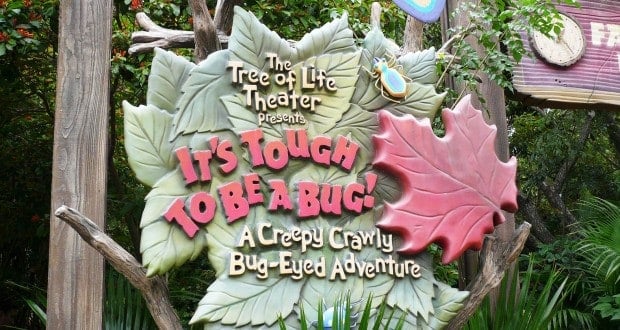 Disney’s Animal Kingdom is home to some of the wildest and most adventurous attractions and experiences in Walt Disney World. From traveling back in time to see the dinosaurs to going on an African safari, guests feel as though they are transported to different worlds on a day in the park. Disney’s Animal Kingdom aims to teach guests about the importance of conservation and how they can protect planet Earth and that message includes insects as well. It’s Tough To Be A Bug is a unique and entertaining 3D show that shrinks guests down to the size of “honorary bugs” and teaches them that being a bug can be difficult. Humans tend to look down on insects and consider them gross, but the show stresses how bugs are an integral and necessary part of Earth’s environment. Here are twelve amazing facts about It’s Tough To Be A Bug in Disney’s Animal Kingdom.

12. Jane Goodall Tribute – Before the opening of Disney’s Animal Kingdom, renowned scientist Jane Goodall was brought in for a tour of the grounds. Known mainly for her work with gorillas, Goodall was surprised by the omission of the animal on the Tree of Life. After realizing that there was no representation of gorillas, Imagineers added a special tribute near the entrance to the lobby of It’s Tough To Be A Bug. Just before entering into the lobby, guests pass by a massive carving of David Greybeard, a gorilla with whom Jane Goodall worked closely with. Guests can pose inside of David’s arm and read about Goodall and her research on a nearby plaque.

11. Beauty & The Bees – The lobby of the attraction is full of posters advertising previous performances by the bugs. On closer inspection, many of the classic posters have unique insect twists! One of the most charming posters pays homage to the classic Disney animated film Beauty and the Beast with a performance of Beauty and the Bees. If guests listen closely near the poster, they can also hear a chorus of bees buzzing the iconic song of the same title from the film.

10. Late Start – Imagineers initially struggled with coming up with a concept for the attraction. The Tree of Life was already under construction, but the attraction was getting off to a rough start. After realizing that the performance would occur underground in the roots of the Tree of Life, former CEO Michael Eisner suggested a focus on insects and the idea was born!

9. Pixar Tie In – Once the focus was placed on insects, it seemed only right to use characters from the upcoming Pixar film A Bug’s Life to host and entertain guests. Since the film was still in development, Imagineers used Flik and Hopper in the show as they were the only two characters who were fully created at the time. While the attraction introduced guests to the characters from the film, A Bug’s Life opened in theaters several months later.

8. Opening Day Attraction – Despite its shaky start, It’s Tough To Be A Bug debuted with the park on April 22, 1998. Walt Disney World purposely chose that date as the opening of Disney’s Animal Kingdom since it is Earth Day and perfectly ties in with the message of the park.

7. California Move – It’s Tough To Be A Bug proved to be so popular with guests that it was built and installed in Disney’s California Adventure in 2001. The California park features an area titled A Bug’s Land and this attraction is the main star.

6. Honorary Bug Glasses – Since the show is presented in 3D, guests are given 3D glasses before entering into the theater. Throughout Walt Disney World there are several 3D shows, each of which have unique names for their 3D glasses which tie into the theme of the attraction. At It’s Tough To Be A Bug, the 3D glasses have small antennas and are used to transform guests into honorary bugs.

5. Hopper – At one point during the show Hopper, the villainous grasshopper, appears and attempts to exterminate the audience as retaliation for humans beating up on bugs. The Hopper audio animatronic was one of the most advanced that the Walt Disney Company ever created and can perform a wide array of movements that make him as lifelike as possible.

4. High Capacity – One of the greatest things about It’s Tough To Be A Bug is the number of guests it can accommodate each day. The massive theater has four hundred and thirty seats, ensuring that those standing on line or in the lobby never have a long wait time. With so many rows of seating, guests might feel as though they have to hurry to get a spot up front, but each seat in the house is equally as great.

3. Chili’s Voice – One of the most memorable characters in the show is Chili, a spider who launches poisonous darts with deadly accuracy. After a slight mishap with the target, guests find themselves ducking down and thankful for his good aim. Many guests might feel that Chili is familiar as he is voiced by Cheech Marin of the famous duo Cheech and Chong.

2. Weevil’s Voice – Another character with a recognizable voice is that of Weevil Kneevil, an acorn weevil who is partly responsible for Chili’s aforementioned target mishap. Weevil is voiced by none other than Jason Alexander who is most known for playing George Costanza on Seinfeld.

1. Surprise Ending – The show clocks in a perfect length of nine minutes, which is long enough to hold kids attention while presenting an interesting and enjoyable story. One of the most entertaining moments of the show occurs after the house lights have come on and guests are about to exit. Before beginning their exit, guests are asked to remain momentarily seated while the insects in the audience make their way out of the theater. Guests then are in for one hysterical surprise! 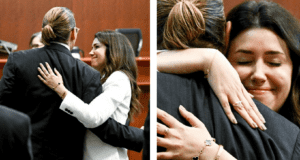 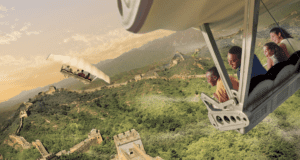 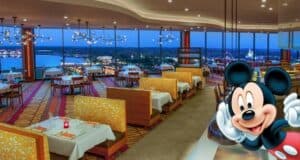