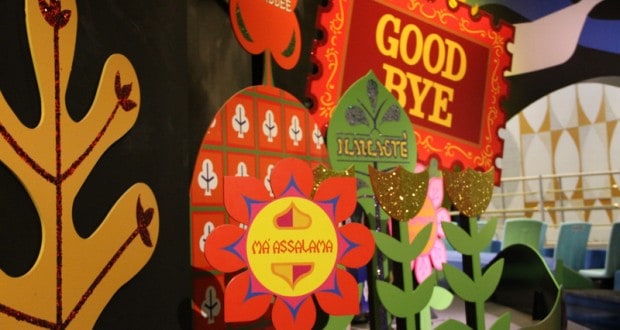 Walt Disney World is said to be “the most magical place on Earth”. That is why it is one of the most popular tourist destinations in the world. The problem is that many good things will eventually end, including a Walt Disney World vacation. Be prepared for the sadness, and make sure you think ahead. There are plenty of changes coming, especially for Walt Disney World’s 50th Anniversary celebration in 2021. Thinking about how magical the changes will be might make leaving a little bit easier. Start to plan your next trip before you leave. That will take away some of the sting. Here are 11 things that are hated about the last day of a Walt Disney World vacation. Some of them are for the last full day in the parks, and others for the day that you actually leave.

Packing for a Walt Disney World vacation can be a lot of fun. It is magical to pick out outfits for your family to wear, and to think about how you will use each item that you place into your suitcase. Packing to return home is another story. It is a chore. Instead of being sad, think of a memory with each item as you pack. That might take away some of the sting.

Kids love Walt Disney World, that is why it’s such a popular destination for families. It can be hard for them when it is time to leave, especially if they met a favorite character or had a special interaction with a Cast Member. Your children will be sad about leaving and you will need to console them, even though your own heart is breaking. Plan some Disney related activities for when you get home, that might help to cheer them (and you) up.

The last meal on Disney property can be hard to get through. One way to make it easier is to make it a character meal. You’ll fill up on great food, and you’ll have one last chance for special pictures and interaction with characters. Book a meal at a resort restaurant if you won’t have any days left on your theme park tickets.

8) Wondering What Will Change

There are a lot of changes taking place at Walt Disney World right now. Some changes, such as the closing of The Great Movie Ride, did not come with a lot of notice. One hard thing about leaving is wondering what might not still be there the next time you visit. Instead of having that mind frame, think about how exciting the changes are going to be. Looking ahead might get you excited about your next Walt Disney World vacation.

Character meet and greets add to any Walt Disney World vacation, no matter how old you are. After all, everyone is a kid once they arrive on Disney property. Meeting one last character and receiving the last hug is bittersweet. After you’re home, pick a few of your favorite character pictures and frame them. Knowing that you will have the photos to enjoy for years to come will put a smile on your face for that final picture.

6) Riding a Favorite for the Final Time

Everyone has at least one ride at Walt Disney World that they want to ride more than once each trip. The final time for the ride can be sad. Instead of allowing yourself to get down about it, thank the Cast Members at the ride’s exit for all that they do. If you make their day, it can help you to feel better.

The drive or flight to Walt Disney World is filled with excitement and anticipation. The ride home is just the opposite. It feels like it takes forever, even if you only need to drive an hour or so to get home. If you’re flying, pack a few Disney related items in your carry-on to entertain the kids, or have them watch a Disney in-flight movie if there is one available. If you’re driving, play Disney songs and have everyone sing along. Also, encourage the children to take a nap on the trip home. A Disney vacation is exhausting.

Three of the four Walt Disney World theme parks have fireworks on most evenings. The shows are all unique and breathtaking. Seeing the final firework of your trip die out can bring you down. Instead of letting that happen, remind yourself that you were lucky enough to watch one of the most incredible fireworks shows on the planet. Millions of people wish that they could see them, but haven’t been able to.

Whichever park you visit on the last day of your Walt Disney World vacation, it is going to be hard to leave. As you walk out, work on the plans for your next vacation. If you already have plans to return, it will make leaving a little bit easier. Turn around and look at the entrance right after you’ve walked out, and dream about the future.

2) One Last Look Back

Leaving Walt Disney World property all together, knowing that you will not be returning for a while, is one of the hardest things to do. As you pass under the Walt Disney World welcome sign, take one last look back. As you take one final glance at the sign that made you so happy a few days earlier, think about what Mickey said. He didn’t say goodbye, he said, “See you real soon!” He wants you to come back.

Disney’s Magical Express is a free service that is offered to most guests who are staying at a Walt Disney World resort hotel. They will pick you up at the Orlando International Airport, and then take you back again once your vacation is over. It’s a great service, especially when you first arrive in Orlando. The trip to your resort will be filled with fun and excitement. The trip back, well, not so much. The bus ride back to OIA has been dubbed “The Tragic Express”. If you’re using the free service, think about the convenience, instead of complaining about leaving. Disney’s Magical Express can save you a lot of money, and that’s money that you can put towards your next Walt Disney World vacation.