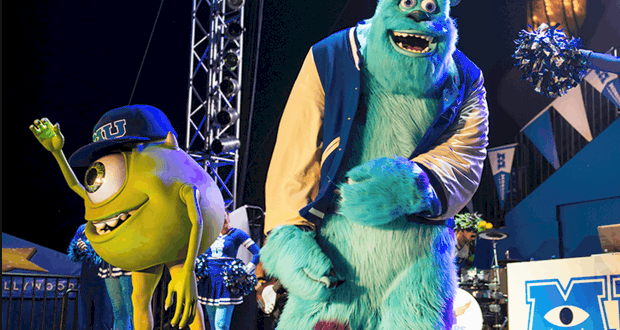 Walt Disney World guests dream of the day that Marvel characters will be permitted inside the Parks, but legalities still prevent this today. It doesn’t stop us from dreaming though! We all have our favorite Disney characters and would like to have more opportunity to see them featured at the resort. Some of us favor more obscure Disney films/characters and surprisingly we have seen them turn up in plush forms at the Disney Store in recent years. We hope that Disney continues to offer them. There is a list of characters that guests repeatedly request more of. If there is someone else you would like to see more of please include them in the Comments section below. We love to hear from you!

The Disney Villains: Bowler Hat Guy, ShanYu, Hades, Pain and Panic, Jafar, Captain Hook, Maleficent, Evil Queen, Frollo, you know who they are. We who are asking for more Villains talk about them as a group, not necessarily the individual ones. Disney’s Baddies are SO popular that fans have been dreaming for years of a fifth park featuring all of the Disney Villains, but so far it is just a dream. The best we have gotten are some special events featuring the Villains that are restricted to a short number of hours that makes it impossible to see them all in the time provided. We want more! How about a Villains attraction Disney? Disney already knows that putting these Villains on merchandise sells big so they are very well aware of how popular they are. “It’s good to be bad…”

Hercules characters including Hercules, Megara, Pain and Panic, Hades, some of whom appear at Disney Villains events that usually require a hard ticket purchase. One of the reasons Megara is not out, as she once was out but now so much now is that her wig is so heavy that the Cast Members playing her were getting neck injuries. This is a popular movie among many Disney fans and one guests request more from since there are no attractions nor regular appearances from the characters.

Beast from Beauty and the Beast, unless you get a Dinner reservation at Be Our Guest, which is extremely hard to get, you will not be able to meet the Beast. He no longer appears in Epcot but he does appear in the Festival of Fantasy Parade with Belle every afternoon at Magic Kingdom. Who doesn’t want to hug all that fur?

Hunchback stars have not been available for meet and greets at Walt Disney World but there are many fans of the film that would like to see them and even an attraction featuring them. France in Epcot makes the most sense for Quasimodo, Esmerelda and Frollo to be seen. Many fans of the film have requested a live show as well as meet and greets with the characters at Walt Disney World.

Mike Wazowski and Sully from Monsters, Inc. and Monsters University are very popular and would make thousands of fans of all ages very happy if there was a ride experience on which to enjoy the story. Monster’s Laugh Floor is a very entertaining show featuring Mike and a handful of other monsters. A Character Meal featuring our favorite Monsters would be a welcome addition to Mike and Sully fans. I would love to get a photo with Randall!

Big Hero Six characters Hiro and Baymax have been present at the Magic of Disney Animation at Disney’s Hollywood Studios, yet not advertised or on the Times Guide sheets. There is no official end date published for them. What about Honey Lemon and Fred?

Dipper and other Gravity Falls Characters: Mabel & Dipper Pines, Stan, we want to see them! We see fans of the shows every day in the Parks, some sporting a Dipper hat. Mickey’s Not So Scary Halloween Party will be attended by guests dressed as these characters. Why is there nothing from Gravity Falls in the Parks Disney?

Phineas and Ferb are two opopular characters in modern Disney times and formerly were available at Disney’s Hollywood Studios. We know that Perry is featured in the guest interactive game at Epcot’s World Showcase. However, this is not enough for fans of the show that would like to see an attraction based on their favorite Disney channel show. Please bring back the Meet and Greet and add Perry to it.

The Disney Princes: These guys seem to only come out at Hard Ticket events held at Magic Kingdom, although we can catch a glimpse of some of them in the Festival of Fantasy Parade every afternoon at 3PM in Magic Kingdom. There is a growing demand to have the Princes appear more often alongside their famous Disney Princesses. Little girls get to meet their favorite Disney princesses so how about the little boys who want to get their chance to meet the Princes? What about giving the big girls or boys a chance to meet them? Bring them out as groupings maybe, in something similar to Princess Fairy Tale Hall?

Oswald the Lucky Rabbit was really the first animated character created by Walt E. Disney that launched his animated success in 1927, but the character and films fell to Universal Studios control when a sneaky deal ripped the character from Walt’s control. It was on the train ride back to California that Mickey (almost Mortimer) the Mouse was created. Walt was up against a rock and a hard place having just learned he had lost the rights to his own creation Oswald. He had to decide whether to give up, or to create a new character that people would embrace. I think he has proved he did just that. The Disney Company was able to purchase back the rights to Oswald in recent years and we have seen a slow stream of merchandise revealed in the Parks. Disneyland has an Oswald Meet & Greet but he has yet to appear at Walt Disney World. There is an emerging fan base for Oswald that is asking for MORE of the character.

Although the films have yet to hit the screen, guests are hoping for characters to appear from Coco, Moana, The Good Dinosaur, and Inside Out. Maybe Disney could at least put together some more of the popular Dance Parties featuring some of the characters listed here?