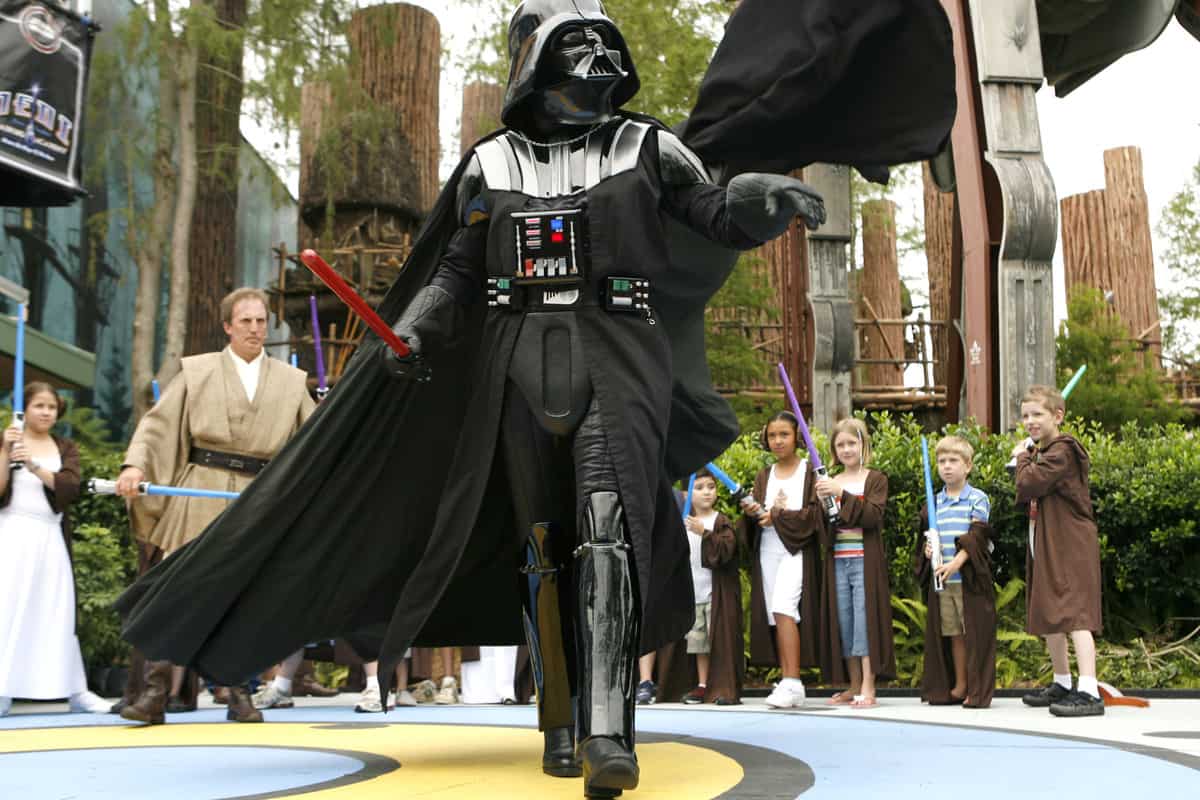 Disney’s Hollywood Studios is the smallest of the four Walt Disney World theme parks. With so much currently blocked off and closed, it feels smaller than ever. The park gets crowded quickly, even on days that aren’t that busy. Arrive early if you want to see it without wall to wall people.

9) There Are Only Four Rides

If you love rides, be warned that there are only four of them at Disney’s Hollywood Studios right now. That said, all four are fantastic. You can experience two of the best thrills that Walt Disney World has to offer with The Twilight Zone Tower of Terror and Rock ‘n’ Roller Coaster Starring Aerosmith. Toy Story Mania! is a popular family ride that allows you to play carnival games with the help of Toy Story characters. Star Tours – The Adventures Continue takes you on an intergalactic journey. There are over 50 different ride combinations, so you might want to ride over and over again. Even though the park seems to be lacking rides, remember that there were never all that many to begin with. The only rides that have closed the past couple of years are The Great Movie Ride and Studio Backlot Tour.

With only four rides, you would think that making FastPass+ choices would be easy. That isn’t quite the case. FastPass+ is in tiers at Disney’s Hollywood Studios. You’ll pick one selection from Tier One and two from Tier Two. Both Rock ‘n’ Roller Coaster and Toy Story Mania! are Tier One attractions. If you plan to do both, grab a FastPass+ for one, and hit the other as soon as the park opens.

If you are a Star Wars fan you will be thrilled with all of the choices related to the franchise. Besides Star Tours you will want to visit Star Wars Launch Bay, watch Star Wars: A Galaxy Far, Far Away, experience March of the First Order, and see younglings learn the ways of the Force. If you’re not a Star Wars fan you can still enjoy these offerings, or maybe you’ll just want to get in line for Rock ‘n’ Roller Coaster once again.

6) The Shows Are Fantastic

If you love Disney movies and enjoy live entertainment, you’ll find plenty to enjoy at Disney’s Hollywood Studios. What the park lacks in rides it makes up for with live entertainment. Beauty and the Beast, Frozen, and The Little Mermaid are Disney classics that you can watch live in front of you. If you’d prefer adventure, try Indiana Jones Epic Stunt Spectacular!. You’ll also learn some movie making secrets. The littlest ones in your party will love Disney Junior – Live on Stage!. Admit it, you know all the songs. Sometimes there is extra live entertainment in the park as well. Not only are the live shows a lot of fun, they offer you a chance to sit down for a while, which is always welcome on a Walt Disney World vacation.

Disney’s Hollywood Studios is the home of not one, but two must-do nighttime events. Fantasmic! takes you inside Mickey’s dream with the help of dozens of Disney characters. Star Wars: A Galactic Spectacular is more than just a fireworks show. You’ll relive scenes from the movies, set to the music of the legendary John Williams. It can be tricky (or next to impossible) to see both on one night, so use Park Hopper and head to the park two evenings during your vacation.

If you’re looking for characters you can’t go wrong at Disney’s Hollywood Studios. You’ll find classics at the front of the park early in the day. Chewbacca, Kylo Ren, and BB-8 can be found in Star Wars Launch Bay. Warm hugs are given by Olaf in the Celebrity Spotlight area. Buzz and Woody greet by Toy Story Mania!, and there are Disney Junior characters in Animation Courtyard. Other characters can be found as well. If you’re lucky, you’ll happen upon Character Palooza. It’s an unofficial meet and greet featuring a couple of rotating characters from Fantasmic!. Don’t ask a Cast Member about it, chances are you’ll be told that it doesn’t exist.

If you’re looking for an experience while enjoying full service dining, you will want to make a reservation for one of the restaurants at Disney’s Hollywood Studios. Reservations are recommended for any of these eateries, you don’t want to miss out. At 50’s Prime Time Cafe you’ll sit at a kitchen table, watch black and white TV shows, and eat comfort foods. If you’d prefer to dine in a car at a drive-in movie theater, try Sci-Fi Dine-In Theater Restaurant. Mama Melrose’s Ristorante Italiano serves up Italian classics. The Hollywood Brown Derby will transport you across the country and back in time to the Golden Age of Hollywood. If you’re looking for character dining, try Hollywood & Vine. Breakfast features Disney Junior pals, while Minnie is the hostess for lunch and dinner. Minnie’s Seasonal dining changes every few months, depending on the time of year, so it’s a new experience each time.

It doesn’t matter your age, you will find something to love at Disney’s Hollywood Studios. Young children will have a great time meeting Disney Junior characters. Teenagers will enjoy the thrill rides. Any age can try for a high score on Toy Story Mania!, and the shows are also ageless. When it comes to meals you’ll find a breakfast designed with kids in mind, signature dining, and plenty in between. It doesn’t matter if someone is two or 102, Disney’s Hollywood Studios will have something fun and exciting for the guest to enjoy.

1) The Future Is Bright

When you look at the construction walls at Disney’s Hollywood Studios, don’t think about the things that have closed, Instead, think about what is to come. Right now the park may be going through some growing pains, but the results will be worth it. Mickey & Minnie’s Runaway Railway will be the first Mickey Mouse themed ride at any Disney park in the world. Toy Story Land is going to open Summer, 2018, and will include two new rides. Star Wars: Galaxy’s Edge is set to open the following year, and it promises to be incredible. Things are changing, and soon Disney’s Hollywood Studios will shake the half day park reputation and become a place that you won’t want to ever leave.

2017-08-21
PaulaK
Previous: Free Construction Trading Pin Sets Given to Guests at Coronado Springs in Walt Disney World
Next: Watch A Live Streaming Of ‘Rivers Of Light’ At 8:40 P.M. EDT