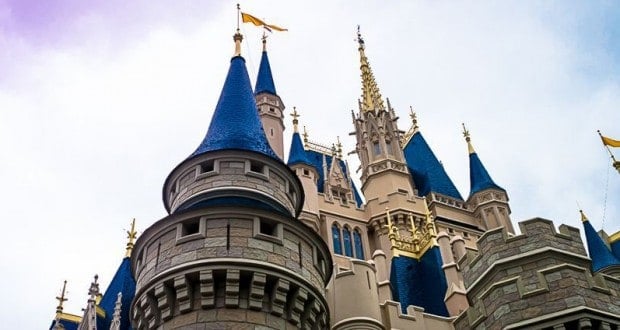 We all have things that we think that we could do better if we were in charge of Walt Disney World. I’m local and an Annual Passholder, and I think of things that I might change each time I visit a park. Here is my list of ten things that I would change if they gave me the keys and passwords for a day. I’m not including things like letting everyone in for free, getting rid of crowds, or removing all the calories from the foods. If a higher up from Disney sees this list, please feel free to contact me. We can do lunch, I have plenty of other ideas.

Sometimes when leaving a park, a Cast Member will ask me if it is okay that someone contacts me with a survey. Other times they will just email me the questions. Such surveys are good for the most part, because they are a way to let our opinions be known. There are two reasons why I would rewrite them. First, they assume that everyone is on vacation. Have an “I’m local” option. Second, there should be a spot for you to add comments about anything at all, even if it isn’t what the survey was about. Sometimes I just want to share a thought or an idea, but the survey won’t allow that. I’d change that on my day as boss.

The free WiFi at Walt Disney World is spotty at best. Sometimes I will use a personal hotspot because the Guest WiFi keeps cutting out. One of the first things that I would do is hire the best tech team out there to fix the problem. Better WiFi would make sense for Disney, because more people would post pictures to social media, which is free advertising for them.

Something that I see every time I step onto Disney property is people who are miserable from sunburn. There are now stations that offer free insect repellent, I would make sunscreen available for free as well. Some other theme parks do it, and it would be a nice extra at Walt Disney World. It would save guests a lot of pain, and could even save lives.

Visiting the Cinderella Castle Suite tops the bucket list of many frequent Walt Disney World guests. On my day in charge, I’d have a lottery system where a small number of guests would win a chance to tour the suite for free. Of course they would need to be quiet while there, because that would also be my base of operations for the day.

6) Cast Member of the Day

I would want to recognize Cast Members who go above and beyond to make vacations magical. I’d encourage guests to leave compliments for exemplary Cast Members, and at the end of the day a Cast Member of the Day would be chosen from each park, and from each department outside of the parks. The winners would receive a voucher for a meal at Victoria & Albert’s. If Disney decided to keep me around longer than one day I would still implement the program. The prize might not be quite as grand (Earl of Sandwich maybe?), but it would give Cast Members something to reach for.

There are dozens of counter service restaurants in the four Walt Disney World theme parks and two water parks. Guests often don’t know what to expect in each restaurant. I would set stations outside of each eatery (if there is room) where guests could try a free sample of one or two of the entrees. That would make it easier for people to decide where they want to eat, and who doesn’t like getting free food?

I would want to make the most of my day in charge, so I would keep all four theme parks open for 24 hours. The Cast Members might hate me for it, but the guests would love the idea. During the late night/early morning hours I would hold giveaways during the all night dance parties. The prizes could include a hard to get FastPass, a pin, or even a gift card. There would also be lots of characters in the parks overnight, giving you a chance to dance with Donald at 3:00AM.

My first thought on FastPass+ was to go back to the old system because honestly I still like that better, but they wouldn’t have time to change everything over in one day. So instead I’d increase the number of FastPass+ options that you can get during my short tenure. The initial three would still be in place, but I’d allow you to add more than one at a time after you’ve used those. I’d also ask the tech staff (the ones who aren’t improving the WiFi situation) if we could add a “surprise” FastPass+ feature to the system after the initial three. Wouldn’t it be fantastic if you made a reservation for DINOSAUR and had a message that said, “Surprise! After DINOSAUR you can ride Avatar Flight of Passage”?

2) Have Cast Members Give Out Extra Magic

There is always a chance that a Cast Member will give out a little bit of extra magic, but I would increase it on the day that I’m in charge. Paper Fastpasses would just be one reward. There could be coupons for meals, bottles of water, T-shirts with a special “Paula is in charge of Walt Disney World today” slogan, secret character greetings, and other little touches. After an extra magic gift has been given the guest’s MagicBand would be scanned, so that more people could get in on the fun.

1) Make a Behind the Scenes Film

There are two new lands coming to Disney’s Hollywood Studios. So far, we’ve seen artist renderings and models of what they are going to be like, and we’ve tried to peek behind the construction walls to see what is going on. I’ve heard of people taking helicopter rides to see the work from above. On my day in charge, I’d put on a hardhat, round up a camera crew, and take some behind the scenes footage. Walt Disney World fans want to know how things are shaping up, and I would do my best to give them a glimpse at the progress. Unfortunately, my day in charge would end before the crew could edit the film and add it online, but maybe a real executive would see it and like my idea.