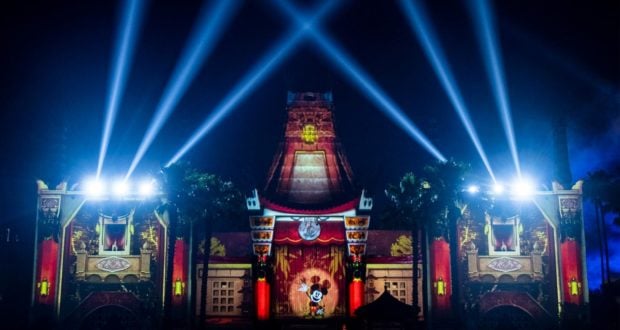 Many Guests love to spend lots of time in Disney’s Hollywood Studios as the Park allows them to step into amazing worlds of entertainment, including Toy Story Land, Star Wars: Galaxy’s Edge, The Twilight Zone, and a Mickey Mouse animated cartoon. While Guests know and love the big experiences to enjoy throughout the Park, there are so many small and hidden details that help to add such a rich layer of depth to the theming and experience that often go overlooked.

Some of these details pay homage to the history of the Disney Company, while others simply tie various backstories of the Disney Park together, but they are all worth checking out. Here are some small details that many Guests miss at Disney’s Hollywood Studios. 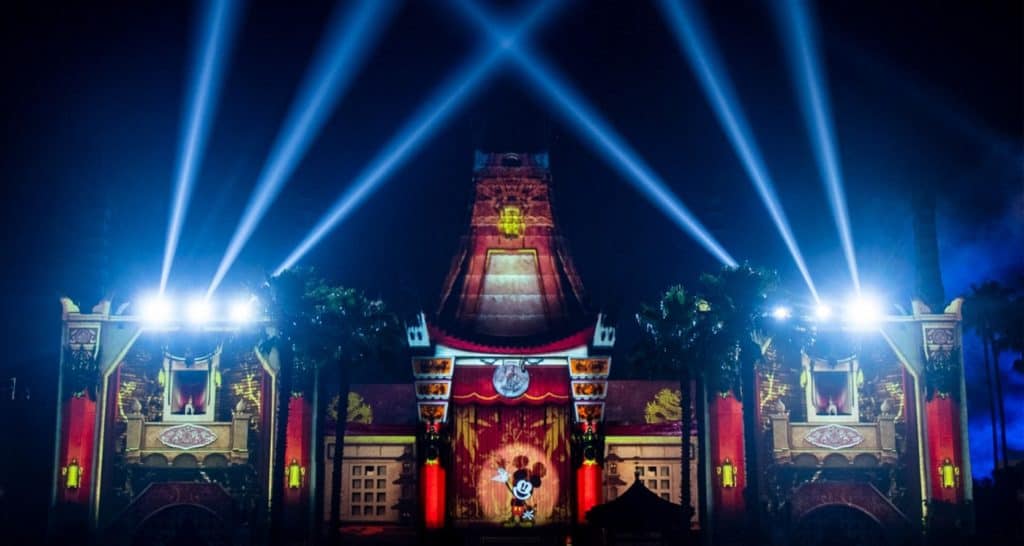 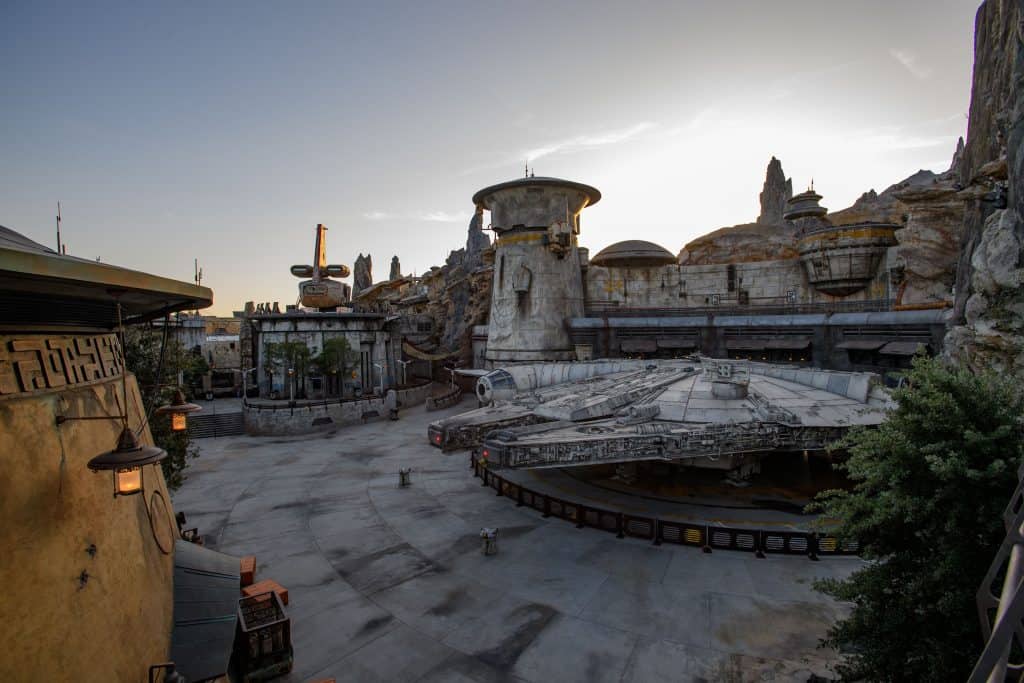 Hollywood Tower Hotel Billboard – The Twilight Zone Tower of Terror dominates the skyline of Disney’s Hollywood Studios and Sunset Boulevard. Still, it also has a rich backstory that extends throughout the Park. Guests who look at a billboard on Sunset Boulevard can spot an advertisement for The Hollywood Tower Hotel, pre lightning strikes, and mysterious occurrences. Showcasing the hotel in all of its former glory, the small detail adds a layer of depth into the history of the attraction that ties perfectly into the old Hollywood theming of the area.

The Twilight Zone Episode Props – The Twilight Zone Tower of Terror also features an incredible amount of detailing and theming to make Guests truly feel like they are living out their own adventure in another dimension. Since the attraction is based on the beloved television series, it should come as no surprise that there are countless props from memorable episodes throughout every corner of the attraction. In the lobby, a broken pair of glasses references the episode “Time Enough at Last,” the library features a fortune-telling machine from “The Mystic Seer,” the elevator an inspection certificate with references to “Escape Clause,” the storage area has a ventriloquist dummy from “Caesar and Me,” and many, many more. 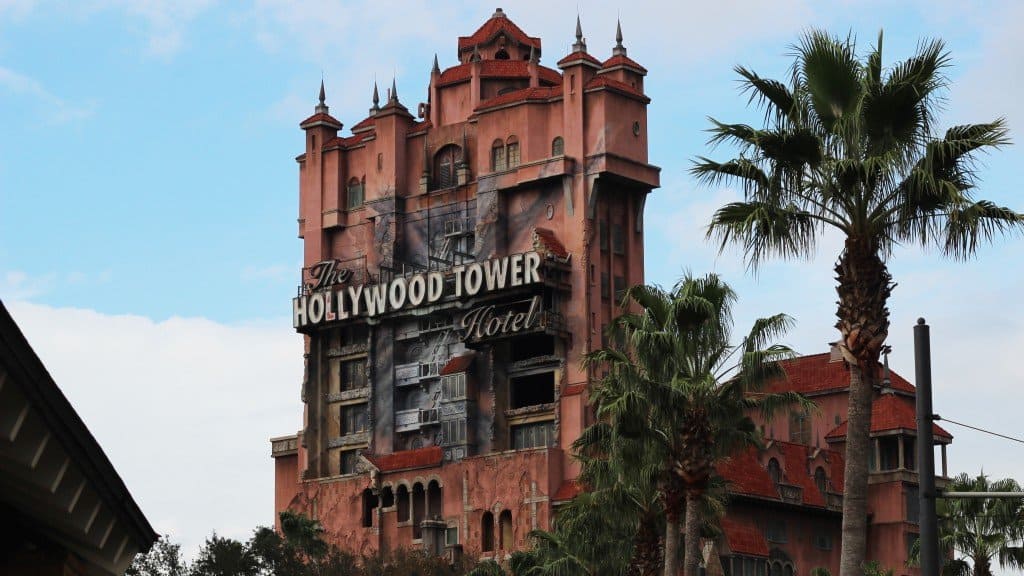 “The Great Moving Ride” – Mickey and Minnie’s Runaway Railway brings Guests directly into the animated world of favorite characters and on an immersive adventure through various scenes using an array of technology. While the attraction is popular, many Guests were upset to see it replace The Great Movie Ride, which had been a longstanding staple of Disney Park. Guests can still spot a reference to the extinct attraction in the new carnival scene, where a screen depicts an ad for an attraction dubbed “The Great Moving Ride.” 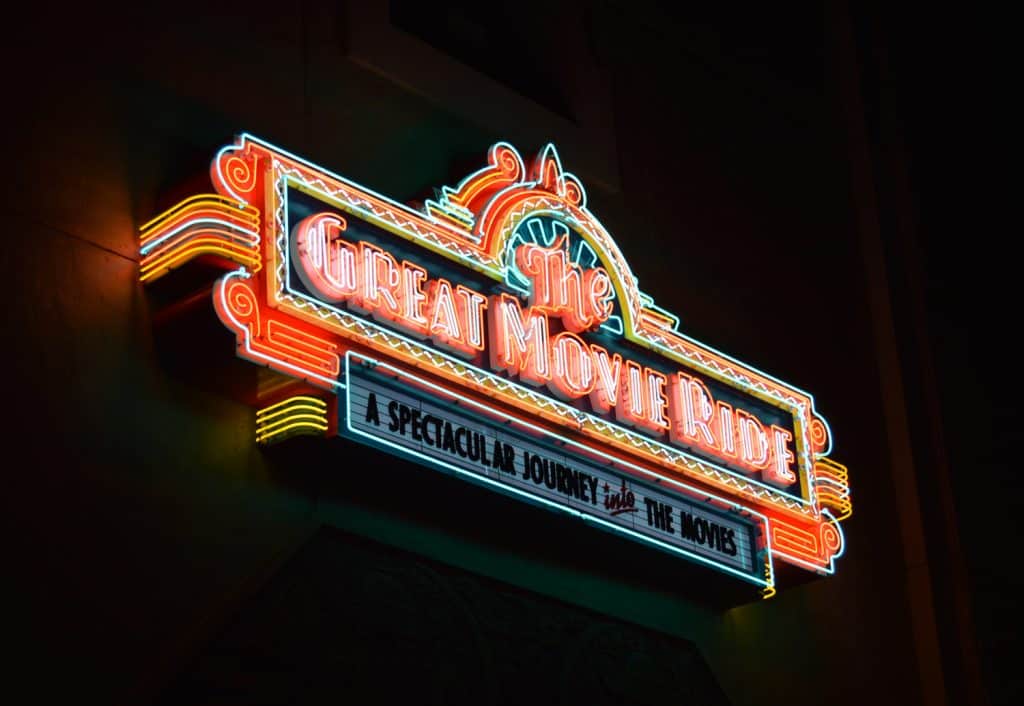 Office For Rent– A door on the building that houses Keystone Clothiers on Hollywood Boulevard features a nod towards the early days of the Disney Company at a time when Walt Disney was just starting out. When first starting out in California, Walt and Roy rented an office space from the Holly-Vermont Realty Office, and an advertisement for that company can be found on a door used by Cast Members. Guests who spot the door can also look up to windows above to spot a sign reading “office for rent,” further connecting the company’s earliest days to present-day Disney Parks.

Andy’s Footprints – Toy Story Land is incredibly immersive as Guests find themselves shrunken down to the size of toys and able to frolic and play in Andy’s backyard. Everything is larger than life, from the characters themselves to blocks and other iconic toys and games that have been used in clever ways to construct the area. While there are plenty of amazing details to enjoy in Toy Story Land, many Guests don’t think to look down to the pavement, where Andy’s massive footprints can be seen from the last time he ran through playing with Woody and the gang.

Chicken Little’s Sky – While walking through the Animation Courtyard area of Disney’s Hollywood Studios, Guests might be drawn in by the fun and bright marquee of The Voyage of the Little Mermaid show. Still, there is another hidden detail that references a different Disney animated film nearby. Across from the theater is a strip of the building that is not beige like the rest of the studio’s buildings nearby. Instead, it features a blue sky and fluffy white clouds, which is a remnant of a promotion for the 2005 Disney animated film Chicken Little.

Muppets’ Prop Gags – The preshow of Muppet Vision 3D is so incredibly full of props, items, and hidden details that many Guests miss as they are focused on watching the show itself on the screens up above. Those who take the time to walk around the preshow room and check out some items and props are treated to many visual gags that feature the corny and hysterical humor of the Muppets. Some examples include a net full of Jell-O on the ceiling, which references Mouseketeer Annette Funicello, a box reading “2D Fruities” referencing the Little Richard song, and even a portrait of Jim Henson as a Muppet. 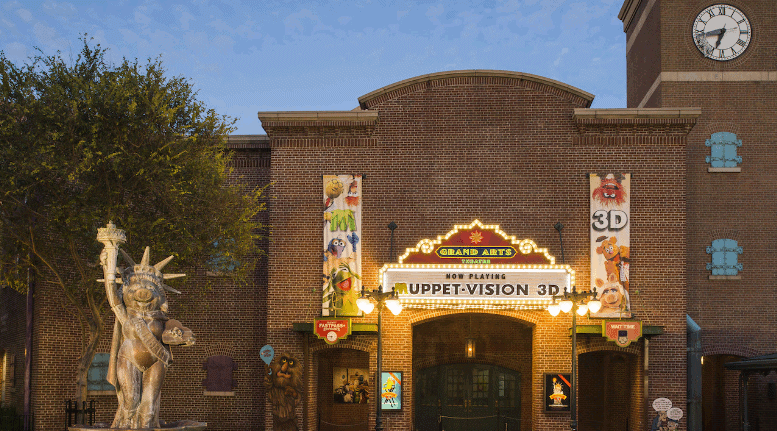 Carthay Circle – While strolling down Sunset Boulevard, Guests might notice a white building dubbed Carthay Circle, which features a white exterior and black iron accents. Currently, housing a store, the name, and architecture is a nod to the original Carthay Circle Theater in Hollywood. The theater has deep ties to both Hollywood and the Disney Company as it is where the premiere for Snow White and the Seven Dwarfs took place in 1937 and several other films, including Fantasia in 1940. 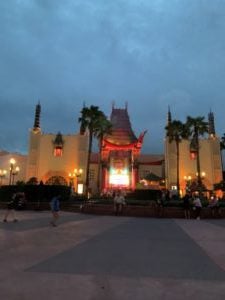