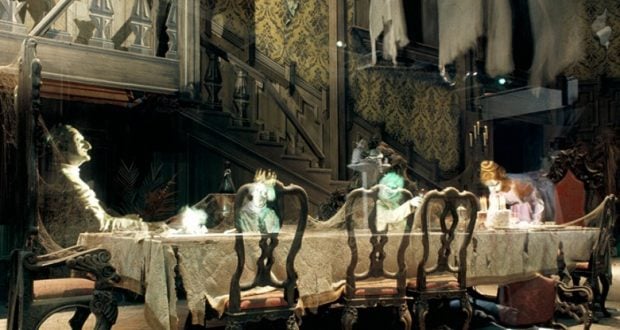 10 Magical Moments That Only Walt Disney World Fans Will Understand

Every guest has special memories from a Walt Disney World vacation that stick out in their minds. Many memories are focused around experiences made with friends and family, but others revolve around specific places, sounds, sights, smells, and experiences throughout Walt Disney World. With the four theme parks, water parks, Disney Resorts, and Disney Springs to enjoy, there are plenty of opportunities to make lasting memories. While all Disney vacation memories are special, there are some that are formed by magical moments that are so wonderful that all Disney guests love them. From a thrilling escape on a daring attraction to lights dimming for the beginning of a wonderful show, some Disney moments are so magical that they stand out in the minds of all Disney guests. Here are ten magical moments that only Walt Disney World fans will understand.

One of the most unforgettable moments that any guest can enjoy in Walt Disney World is the ballroom scene featured on the Haunted Mansion in the Magic Kingdom. The attraction invites guests into Gracey Manor where nine hundred and ninety nine happy haunts reside causing mayhem and creating eerie effects. While the Haunted Mansion is full of wonderful special effects, the scene that many guests especially love is the ballroom where ghosts can be seen celebrating a birthday, dueling in portraits high above, and waltzing to an eerie tune.

Smells can trigger powerful memories, and a smell that is sure to create a magical moment for guests on each Disney trip can be found in the Magic Kingdom’s Adventureland. Pirates of the Caribbean is a water based attraction where guests can take to the high seas with pirates to travel through eerie caves and ransack a burning seaside village. When guests enter into the loading area of the attraction and board their boats, the water has a distinct smell which many guests recognize and only Disney fans will understand. There is a smokey smells that takes over on other portions of the ride but this is the one that stands out as a memory smell for most.

8. The Dimming Of Lights For Happily Ever After

The perfect way to end a day in the Magic Kingdom is by watching the nighttime fireworks show high over Cinderella Castle. Many people’s memories from the fireworks here might be from the previous fireworks show that was featured for many years, Wishes. The current show features beautiful fireworks, an incredible musical score, a flight by Tinkerbell (so glad they kept this!), and a projection show on the castle. While the show is amazing, the most magical moment of all may be when the lights on Main Street start to dim for the show to begin!

Peter Pan’s Flight in the Magic Kingdom’s Fantasyland invites guests to head towards the second star to the right with Peter and the Darling children. Guests are sprinkled with pixie dust and board pirate ships to soar high over locations and characters from the movie. The most iconic scene of the attraction which many guests find magical is when the pirate ships soar high over the nighttime skyline of London complete with traffic and twinkling lights. This ride continually has a pretty lengthy standby line because it’s really just that memorable.

Spaceship Earth in Epcot takes guests on a journey from the beginning of time to modern day to explore the history of communication. Along the way guests pass through scenes depicting important moments in history like the Renaissance, but there is one scene in particular which only Disney fans understand. The burning of Rome features a simple set of smoldering ruins, but includes a smell that Disney guests absolutely love! The lighting, the misty smoke. I can see it now in my mind!

5. Taking Off On Soarin’

Soarin’ has long been one of the most popular rides at Epcot. Guests flocked to take an imaginary hang glider ride over California and now this flight is even better. The original film was only about California and the ride also had consistently long standby wait times. Soarin’ came to Walt Disney World in 2005 as part of The Happiest Celebration on Earth, and the film was exactly the same as the original version from Disney California Adventure. It didn’t take long for the film to feel dated, and after a few years the quality of the film itself had seen better days. Now Soarin’ Around the World takes you over worldwide locations, including the Matterhorn, the Great Wall of China, Iguazu Falls, and Epcot. There are plenty of new sights and scents to experience.

A magical moment that no Disney fan ever forgets is their first time getting the high score on Buzz Lightyear’s Space Ranger Spin. The attraction in Tomorrowland in the Magic Kingdom brings guests into Star Command to help defeat the Evil Emperor Zurg by aiming at targets and scoring points. Guests who max out their scores at 999,999 get bragging rights and the title of Galactic Hero.

Disney’s Animal Kingdom is home to a thrilling attraction which brings guests deep into the Forbidden Mountain where they come face to face with the mountain’s fabled protector. Expedition Everest begins as a serene tea train tour but soon turns into a thrilling adventure as guests find themselves deep inside the mountain desperately trying to escape the clutches of the Yeti. Disney fans absolutely love getting a little too close to the Yeti as he attempts to grab them!

Spaceship Earth is narrated by Dame Judi Dench who provides interesting tidbits and anecdotes on the history of communication. Early on in the attraction, guests move past a scene that Dench describes as the Phoenicians inventing the common alphabet so that various civilizations could communicate. Guests love being reminded to thank the Phoenicians for it being so easy to learn the ABCs!

One of the most magical moments that any Disney guest will love experiencing is hearing “welcome home” when checking into or returning to their Disney Resort after being away or spending a day in the parks. Those two words make guests feel as though they are right at home and allow them to really kick back and relax while enjoying their Disney Resort.