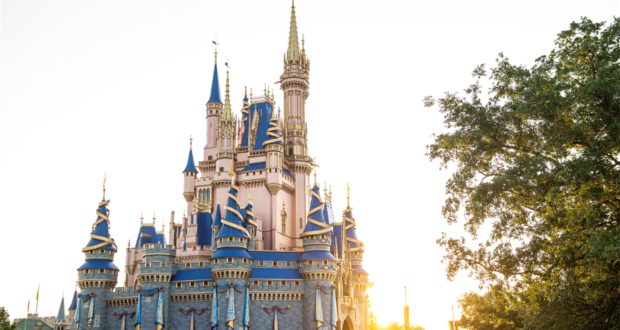 Walt Disney World is often referred to as the “most magical place on Earth”. It is also one of the top vacation destinations on the planet. Unfortunately, that makes too many people a so-called expert. That means that there is a lot of bad information out there. Here are ten lies that you should not believe about Walt Disney World.

10. Walt’s Head/Body is Frozen There

It is a legend that either Walt Disney’s head or his full body is frozen under the Magic Kingdom. This is false. It is a story that has been passed on for decades, yet it could not be further from the truth. No one is sure who first started this rumor, but it is sick when you think about it.

9. That Walt Disney World Is Just for Kids

If you think that Walt Disney World is only for kids, you are mistaken. All of the Disney Parks are places for guests of all ages. Kids will have a great time, but adults will have a wonderful vacation as well. Adult Disney days are always fun, and no kids are needed to enjoy the magic.

8. Everything Needs to Be Planned Out Perfectly

It should be fun and exciting to plan a Walt Disney World vacation, but sometimes it can be stressful. You want everything to be perfect. Keep in mind that things will not always go 100 percent according to plan. You need to just roll with that. Just enjoy time with your family and friends. Don’t stress over things that you cannot control.

If you’re looking for Harry Potter at Walt Disney World, you’re in the wrong place. Many people confuse Universal Orlando Resort with Walt Disney World, but they are owned by completely different companies. Instead of Harry Potter you get to see the lovable Mickey Mouse, some of your favorite “Star Wars” characters, and so many more.

Although Walt Disney World is a theme park, you will not just find basic theme park food. There are some world famous chefs that picked Walt Disney World to host restaurants. From Cinderella’s Royal Table to Victoria & Albert’s you will be amazed by how incredible the food is. One thing that is amazing is that the chefs are great with special dietary needs. They take allergies seriously and also are helpful when it comes to specific diets such as vegan or paleo.

4. There Are No Thrill Rides

Many people think that Walt Disney World has no thrill rides. Although the parks are known for their family rides they still have some attractions for adrenaline junkies. Rock ‘n’ Roller Coaster Starring Aerosmith goes 0 to 60 in 2.8 seconds, while The Twilight Zone Tower of Terror drops you 13 stories in a random ride sequence. Expedition Everest gives you a chance to face the Yeti, backwards! Star Wars: Rise of the Resistance is nothing to shrug your shoulders at. It may not be “scary”, but it is most definitely an intense ride that will leave you amazed.

3. Not Worth the Money

When someone is thinking about a Walt Disney World vacation, the budget is often the number one concern. While it is not cheap, there are many affordable ways to make this dream vacation happen. There are ways to save money, such as staying at a Value resort and packing your own snacks. Don’t just look at the money and think it’s not worth it. It is truly a dream vacation.

2. Go Once and That Will Be Enough

If you’ve never been to Walt Disney World you may think that you’ll only need to go once and then you’re good. All it takes is going one time and you will officially be hooked and already want to begin planning your next Disney vacation. It’s impossible to see and do everything in one trip, so you will want to go back time and time again. Each vacation will be different, because Disney is constantly adding new attractions and experiences that you won’t want to miss.

1. It’s Too Hot to Travel to Florida

Everyone knows that Florida is hot, but don’t let that stop you from planning your trip. There are plenty of attractions at Walt Disney World that are indoors and air conditioned. You can also cool down and take a seat in a restaurant. There are rides that will get you soaked, which will help you to keep cool, plus there are misters in the parks for a quick break. If the summer is too hot, consider a winter vacation. Check the forecast before leaving home so you’ll know how to pack, but chances are that the weather will be better than back home.

There are many things that you will hear about Walt Disney World, some are true and some aren’t. You’ll just have to see for yourself, so go ahead and start planning a Walt Disney World vacation. You won’t be disappointed.