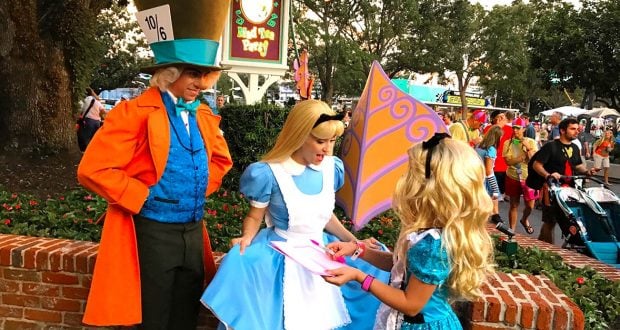 So you want to be a character Cast Member at Walt Disney World? Do you think you have what it takes? Well, you just might have what it takes, especially if portraying a Disney character inside the parks is a dream of yours. You can make that dream come true, but only if you can meet the requirements for not only becoming a character Cast Member at Walt Disney World, but for being successful at doing so. Here are 10 requirements for being a character in the parks. How many do you meet?

Though you may be playing the role of a silly character like Goofy, Donald Duck or King Louie, Disney takes very seriously all roles being played by Cast Members, whether they are “fur” characters—those in costumes—or “face” characters—princesses, princes, Tinkerbell and the like. Because Disney prides itself in offering unmatched customer service, interactive attractions and world-class entertainment, the role of characters inside the parks is also very important. For this reason, and also for continuity between several different people portraying the same character, Disney requires auditions (and they can be intense), followed by training once you make the cut. Neither are optional for this role.

Bringing the Magic is the crux of your entire role. Your job as a character Cast Member at Disney World is literally to bring joy and happiness to every Guest with whom you come in contact, whether that Guest is meeting you at a scheduled character encounter, or just waving to you as you walk by with your handler on the way to your break. No matter where you are, who you’re around, time of day or park you’re in, you’ll be one of many characters working to make children’s dreams come true, so you’ve always got to be in a positive mindset, have an uplifting mood and exhibit that to everyone around you. That ensures that you’re always sharing the Magic with others.

No matter where you are within the Walt Disney World Resort, if you are portraying a Disney character, you cannot leave your story. That means that if, for example, you are playing the role of Aurora, and a child asks you about SpongeBob SquarePants, you have to act as if you’ve never heard of him since he’s not a part of your story. If you’re playing the role of Prince Eric, and a child shows you her iPad, you’ll have to act as though you’ve never seen one in your life. This is another way Disney keeps the Magic alive and believable.

5. You’ve got to weather the weather.

If you’re going to play the role of a Disney character in the parks, you’ll have to be able to handle the elements if you’re a character that meets Guests outdoors. That’s because it gets very hot in Central Florida, especially in the late spring and summer months. It also rains quite a lot in Florida, and Disney stays open, rain or shine. Even with breaks built into your schedule, you’ll be exposed to the weather for up to 30 minutes at a time, and it can get uncomfortable. But if you can handle it, you might just be cut out for the role!

4. You’ve got to perfect your autograph.

One of the ways Disney keeps the Magic alive in the theme parks is by ensuring continuity across many different people playing the role of the same Disney character. One thing that must be consistent from person to person is the look of the character’s autograph. No matter how many times you meet Mickey, he’s got to sign your autograph book the same exact way. Because several different people play the role of Mickey, each Cast Member has to be able to sign Mickey’s autograph in exactly the same way. Because of this, new Cast Members spend quite a bit of time learning the autograph and perfecting it.

First, if you are not a face character (you wear a costume, i.e., Mickey, Minnie, Goofy, Donald, etc.), you cannot speak—no matter what. That’s so that Guests won’t hear differing voices among the different Mickeys or Minnies or Donalds that they meet. It is also because not everyone can mimic the characters’ voices exactly, and again, the goal is to keep the Magic alive.

Second, you have to keep quiet about the role you’re playing. Outside of the parks, you are not to discuss in person, via social media or in any other manner, which character you are portraying in the parks.

You’ve got to be able to handle any comment, situation or scenario that comes your way while you’re in character. Kids (and adults) sometimes say (and do) the darnedest things. We’ll leave it at that.

This requirement should really go without saying. After all, if your dream is to play the role of a Disney character at Walt Disney World, surely you’re a Disney fan. If you’re not, this is probably not the job for you. The characters in the parks exude a palpable excitement about, and love for Disney, the Disney Magic and even for the wonder of childhood. You won’t be a successful character in the parks if you don’t also have an almost tangible love for all things Disney. Faking it can only last for so long, but if you truly love Disney, that excitement for your job will be second nature.

So, how did you do? Do you have what it takes to be a character Cast Member at Walt Disney World? Do you meet the requirements? If so, you can check out audition schedules at www.DisneyAuditions.com. Good luck!