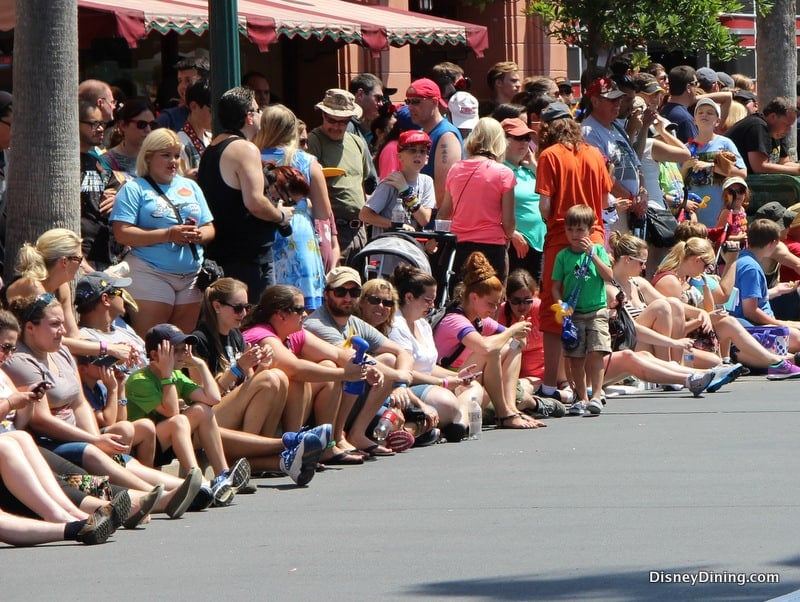 10 Guest Habits that Really Bug Us

This is a bad habit that can apply to any situation, though in particular it bugs me when people complain at Walt Disney World. If you have a legitimate reason to complain, then fine, complain, but take a lesson from Queen Elsa and “let it go,” don’t make the focus of your vacation whatever you’re complaining about. And don’t complain about things that were to be expected and are out of everyone’s control, such as the weather or the crowds.

Disney Cast Members put a lot of work into providing guests with the most magical experience possible while they vacation in Disney. One of the worst guest habits in my opinion is when guests ruin the magic. I can’t tell you how many times I over hear something like: child: “is that real?” parent: “no.” Even if you know the secrets behind some of the Disney magic, your children, and other guests likely don’t so keep those realities out of ear shots of others.

This is referring more to the light that comes off of cell phone screens than holding actual phone conversations. One pet peeve of mine is going through a dark ride or show where you can clearly see lights from guests’ cell phones. Whatever is on a cell phone can definitely wait until you’re outside.

One of the worst things another guest can do is cut in front of you after you’ve been waiting for a parade to start. Cutting in front of someone whose clearly been waiting longer than you is extremely rude, and there is really no great way to handle the situation. Do you politely remind them that you were there first? You definitely don’t want to stoop to their level and cause a scene. The solution is for people to not do this in the first place.

Guests who do not follow Cast Member instructions can make things incredibly difficult for themselves, Cast Members, and other guests. Disney has rules in place for a reason, and guests who break such rules cause the park to run less efficiently, and can ultimately waste time for themselves and others.

There is absolutely no excuse for littering at Walt Disney World. The parks are specifically designed so that you are basically always surrounded by trash barrels. Littering causes unnecessary work for Custodial Cast Members, and takes away from the show for other guests. And in certain places, such as Animal Kingdom, littering can be dangerous for the animals who live there.

The reason why you are asked to move all the way across the row at Disney theater shows is so that as many guests as possible can fit and enjoy the show. In almost every show, it makes absolutely no difference where you sit, so you do not even need to be concerned with getting a seat in the middle. If you still desperately want a middle seat, simply let some others in front of you.

When entering a ride or show, it is important to keep your party together. This is a common courtesy for other guests and Cast Members. Guests don’t like when people cut them in line to meet up with their family waiting up ahead, and Cast Members don’t like when a party of two reaches a load area and says something like, “there’s 8 of us, but the rest aren’t here yet.”

The guest behavior that bugs me most, in my opinion, is when guests have attitudes towards each other or Cast Members. It especially bugs me when guests have an unnecessary attitude towards Cast Members who work very hard to make each experience magical. If something doesn’t go as planned, or you end up unhappy, definitely discuss the situation with a Cast Member, but do so in a mature polite manner. It definitely bugs me to see Cast Members being screamed at for things that were out of their control, or just in general as there are better ways to handle such situations.

2015-01-08
Brittany DiCologero
Previous: 7 Awesome Tips For Doing Walt Disney World On A Budget
Next: 7 Attractions We Hope Never Close At The Magic Kingdom