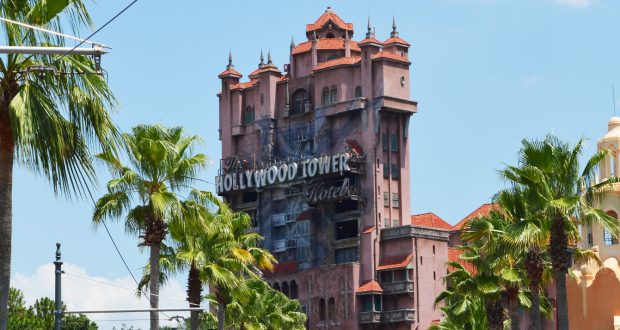 If you’ve been to a Disney park than you are familiar with Audio-Animatronics. They are used in countless attractions throughout the parks all over the world. Audio-Animatronics are a type of robot created by Disney Imagineers, they can move and make noise, but they don’t walk. There are a lot of interesting facts about them but here are just a couple facts about the Audio-Animatronics. The skin on the human Audio-Animatronics are made of rubber, and every few years the ‘skin’ must be replaced because it does crack over time. Also, you may notice that some of the Audio-Animatronics in Spaceship Earth look like a few you may have seen at the Magic Kingdom. The Imagineers used the face molds from some of the presidents in the Hall of Presidents as well as in The Carousel of Progress. Take a close look next time you ride Spaceship Earth and see if you can spot any presidents or any family members from the Carousel of Progress.

The largest park at Walt Disney World is Animal Kingdom. Animal Kingdom has approximately 1,700 animals from 250 species. The park opened on Earth Day, April 22 in 1998 and cost almost $1 billion dollars. Imagineers took a long time planning the theme park, and they traveled about 500,000 miles over a decade while researching it. One area of the park that never came to fruition was Beastly Kingdom, which is still represented in the park sign. It is the dragon among the other animals in the logo.

There is an alternative entrance into Animal Kingdom, which can come in handy when the lines are long. Head over to the Rainforest Café to the far left at the front gates, and enter through the gift shop there.

Hollywood Studios was originally planned to be part of Epcot, but Imagineers realized that not everything they had planned would fit into one pavilion so instead of scrapping the whole idea, they made it a park instead, and we’re very glad they did!

This incredibly popular attraction at Magic Kingdom was 15 years in the making. It was built in 1979 and cost as much to build then as all of Disneyland in 1955. When waiting in the queue for Big Thunder Mountain take a look at the portrait of Barnabas T. Bullion, the Founder and President of the Big Thunder Mountain Mining Company. It looks an awful lot like Tony Baxter, the Imagineer responsible for much of the attraction.

The Seven Seas Lagoon is located at the center of the Magic Kingdom and the surrounding resorts, The Polynesian, The Grand Floridian and The Contemporary. Disney made the lagoon because it was far too swampy to be developed. Disney originally planned to use it for swimming, surfing, and they even had a machine that would create waves, but the machine caused a great deal of erosion on the beaches. It was also decided that swimming was too much of a liability, so the lagoon is now dedicated to mostly fishing and boating. All the dirt dug out of the once swampy lagoon is still at Disney, it was used to cover the Utilidor structure at the Magic Kingdom.

Typhoon Lagoon has one of the largest wave pools in the world, it holds 2.75 million gallons of water, and is twice the size of a football field. It features 6 foot waves every 90 seconds.

If you notice that the Tower of Terror or the Haunted Mansion have a standby wait time of 13 minutes, get in line! 13 Minutes is actually a secret code, which means there isn’t a wait at all!

1. It’s no secret that Walt Disney World is huge, but how big is it really?

Walt Disney World covers 43 square miles, which is equivalent to the city of San Francisco. Disneyland alone could fit inside the parking lot for Magic Kingdom. There is so much already at Walt Disney World, the theme parks, water parks resorts and Disney Springs, but there is actually still a great deal of those 43 square miles that hasn’t been used yet, though 25% of the land has been dedicated to wilderness preserve land. With so much land left to develop, who knows what the Imagineers have in mind for the un-used space at Disney World.