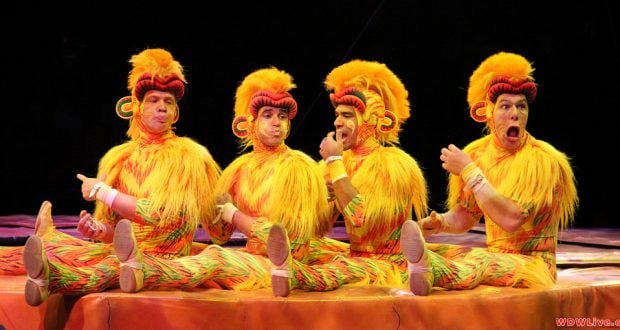 10 Essential Experiences You Must Have At Walt Disney World

Walt Disney World is a truly massive vacation destination boasting over forty square miles filled with four theme parks, two water parks, Disney Springs, and dozens of Disney Resorts. With so much to see and do inside the property, guests might be a little overwhelmed trying to figure out which are the must do experiences. While the Disney Resorts, dining, and shopping are amazing, it is the attractions and entertainment that keep most guests coming back for more. While some attractions and entertainment are often overlooked, there are others that are so popular and amazing that they simply cannot be missed. Spread out across all four theme parks, these attractions are thrilling, classic, beloved, and unique in their own ways. Here are the ten essential experiences guests must have when spending time in Walt Disney World.

One of the most well-known and beloved attractions in all of Walt Disney World can be found in the heart of Liberty Square in the Magic Kingdom. The Haunted Mansion brings guests into a stately manor home were nine hundred and ninety nine happy haunts come out to materialize. The experience is narrated by the Ghost Host who is introduced in the stretching room before guests board their Doom Buggies. Once moving through the mansion itself, guests can experience all sorts of eerie and comical occurrences including three hitchhiking ghosts following them home!

9. Pirates of the Caribbean

Another classic attraction in the Magic Kingdom that can’t be missed invites guests to set sail with some entertaining characters. Pirates of the Caribbean is located in Adventureland and has guests board boats and set off to adventure through caves, a raging seaside battle, and a burning village. The pirates found along the way cause all sorts of mischief in the town and can be heard singing the classic “Yo Ho (A Pirate’s Life For Me).”

One of the most quintessential experiences in all of Walt Disney World is located in the Magic Kingdom’s Fantasyland. It’s A Small World is the happiest cruise that ever sailed and brings guests on a tour of the world. Guests board cheerfully colored boats and set off to tour massive rooms which feature happily singing dolls and landmarks from countries and places all over the world. Guests who look closely can spot the Eiffel Tower, Great Pyramid, Taj Mahal, and much more along the way. Perhaps the most beloved part of It’s A Small World is that the dolls found in each room sing the classic song of the same title in many different languages.

Found just across the path from It’s A Small World is another attraction that guests consider to be a total classic. Peter Pan’s Flight sprinkles guests with pixie dust allowing them to take to the skies and soar with Tinkerbell, Peter Pan, and the Darling children. Guests board pirate ships and take to the skies to fly over the streets of London and Neverland, passing over some iconic scenes, locations, and characters along the way.

6. Soarin’ Around the World

Epcot’s Future World is home to some thrilling and classic attractions that can’t be missed, including one found on the lower level of The Land Pavilion across from Living with the Land. Soarin’ Around the World brings guests on an epic hang gliding adventure over some of the most beautiful places on Earth. Guests can dangle their feet above locations like the Great Wall of China, Monument Valley, Mount Kilimanjaro, and the Taj Mahal. With gorgeous views and thrilling moments, no guest wants to miss out on enjoying Soarin’ Around the World.

The thrills just keep coming in Epcot’s Future World with another attraction that is so amazing guests can’t skip it. Test Track Presented by Chevrolet brings guests into the design studio where they can create their very own SIM cars and then test them on the track. Each car goes through a series of tests measuring Efficiency, Power, Responsiveness, and Capability and the experience culminates with a high speed loop along an outside piece of track at top speed.

Slinky Dog has joined in the Hollywood Studios fun with smooth dips and turns on his roller coaster! This is a great family-friendly coaster that is sure to be a favorite after just one ride. Have a blast with the breeze in your hair… just don’t forget to look around at all the awesome sights you’ll see across Andy’s toy-filled backyard. Finally, pull in for a stop to hear the sweet audio-animatronic Wheezy the Penguin singing for all the Slinky Dog Dash guests to enjoy.

Disney’s Animal Kingdom aims to teach guests about the importance of conservation of nature, and one amazing attraction that guests love to experience there can be found in the Africa section of the park. Kilimanjaro Safaris invites guests on a two week safari in the Harambe Reserve where they can enjoy up close experiences with animals including giraffes, elephants, lions, cheetahs, flamingos, and rhinos. Since the animals are free roaming, guests absolutely can’t miss Kilimanjaro Safaris as they never know what kind of experience they will enjoy!

1. Festival of the Lion King

Also found in the Africa section of Disney’s Animal Kingdom is a stage show that is absolutely essential to enjoy on any Walt Disney World vacation. The Festival of the Lion King takes place in the Harambe Theater and tells the story of the classic Disney animated film The Lion King. Guests can enjoy familiar characters and music combined with aerial ballet, acrobatics, fire dancing, and much more!