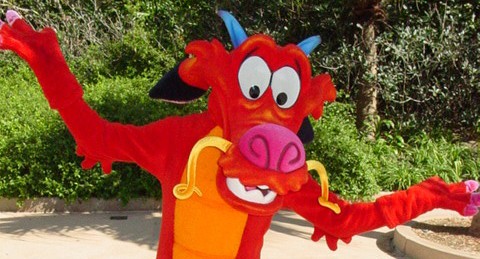 10 Characters That Used To Be At Walt Disney World, But No Longer Are

Every fan feels adoration for the particular Disney character that inspired them as a child. Maybe they identified with the character’s personality, flaws, and strengths. No matter what draws us to certain Disney characters, we latch onto them with fierce loyalty, which is why we feel excitement at seeing them at Walt Disney World…

That is, until they’re gone.

That’s right… Disney retires characters from time to time for reasons that park guests can only speculate. Either the television shows or movies waned in popularity or the characters didn’t draw a sufficient meet-and-greet audience. The following ten characters are some of those who used to appear regularly at Walt Disney World, but don’t any longer.

Keep in mind that from time to time you just might catch a glimpse of some of these characters at special events. It’s very rare… but it could happen!

Mention Orange Bird to a group of park guests today, and you’ll probably notice a lot of blank expressions. In 1970, Disney created him as the mascot for the Florida Citrus Commission, which sponsored Walt Disney’s Enchanted Tiki Room in Magic Kingdom. Disney cast the character in the educational, animated short, Food and Fun: a Nutrition Adventure. Orange Bird had an orange for a head and leaves for wings, and he strolled through Adventureland until 1987, because Disney and the FCC ended their business relationship. You can find his image at Sunshine Tree Terrace, and some cast members believe he may return one day.

If you enjoyed the original Journey into Imagination attraction (1983-1998), then you might remember the Dreamfinder, a middle aged man dressed in a blue suit with a top hat and sporting a thick, red beard. He collected dreams and created the lovable, purple dragon named Figment. With Figment in hand, the Dreamfinder met park guests at the Imagination! Pavilion in EPCOT. Disney reimagined the attraction in 1999, removing the Dreamfinder, but keeping Figment. As a result, the character and his little dragon retired from meet-and-greets.

Darkwing Duck was canon for Disney afternoon cartoon fans in the 1990s. It featured the adventurous, slapstick superhero bearing the titular name, his adopted daughter, and the classically dull-witted Launchpad McQuack, who was borrowed from Disney’s earlier series, DuckTales. Both Darkwing and Launchpad once roamed Walt Disney World, and they could be spotted at Mickey’s Toontown Fair (closed in 2011), but have since disappeared entirely. If the cast members at Walt Disney World break out the Darkwing Duck suit for training purposes, and you happen to cross paths with him, snap a picture, because it’s unlikely that you’ll ever see him again.

The bearded wizard from Disney’s animated feature, The Sword in the Stone, once officiated the Sword in the Stone Ceremony near Prince Charming Regal Carousel in Fantasyland. He challenged park guests to raise the sword from the stone, but everyone except the true ruler (usually a child) of Fantasyland failed. Sadly, Merlin was last seen in Magic Kingdom in 2006.

Nobody can call this heroic demigod a weakling at the box office, where the feature film bearing his name grossed more than $252,000,000 in sales. For awhile, he appeared at Walt Disney World regularly but then faded from view. He is rumored to show up during rare, special occasions, but don’t get your hopes up, because they’re usually one-day events.

This hilarious, lovable dragon may be pint-sized, but his fans believe he’s larger than life. Though appearing in the widely successful film, Mulan, his character didn’t possess the staying power of his mistress. Though Mulan makes frequent appearances alongside the Disney princesses and by herself in EPCOT’s China Pavilion, her pet dragon no longer interacts with park guests. Some say that he ushers in the Chinese New Year in the China Pavilion, but this hardly qualifies as a functioning Walt Disney World character available for autographs and photos, especially since the holidays falls on a different day each year!

Maybe you didn’t realize that Nemo met with visitors at the Ticket and Transportation Center after the release of Finding Nemo in 2003. He also appeared before Finding Nemo parades during that period. Unfortunately, the clownfish didn’t sign autographs (no hands) or speak, so fans could only pose in pictures with him. The limitations of the character meet-and-greet probably led to his eventual departure. Nevertheless, you can still experience Nemo at Walt Disney World by riding The Seas with Nemo & Friends in EPCOT or watching Finding Nemo – The Musical in Disney’s Animal Kingdom.

This adorable horse belongs to the cast of the only Disney animated franchise to have a successful movie trilogy. Yes, we’re talking about Toy Story; by the way, Disney will release Toy Story 4 in 2019. Some think that Bullseye should be strutting through the streets of Disney’s Hollywood Studios with Woody and Jessie in Toy Story Land, but alas, he retired.

It’s hard to believe that Dumbo isn’t a staple character, interacting daily with park guests at Walt Disney World. He appeared prominently during the early years but has been impossible to find since the 1970s. The flying elephant doesn’t meet visitors now, but he snuck out for a show during the opening of New Fantasyland in Magic Kingdom. Regrettably, he won’t become available to fans without a miraculous campaign to reinstate him.

Jiminy Cricket couldn’t persuade Pinnochio to do the right thing when he was the puppet’s conscience. Apparently, he wasn’t able to convince Disney to keep him from retirement at Walt Disney World, either. Jiminy rubbed elbows with park guests at Magic Kingdom for most of his career; eventually, he was moved to Animal Kingdom. In 2011, Disney cut him from the meet-and-greet lineup, yet he emerges briefly for a day or so during Earth Day celebrations at Rafiki’s Planet Watch in April. Plus, you can also see him in the Festival of Fantasy Parade… just no more meet and greets at Magic Kingdom.