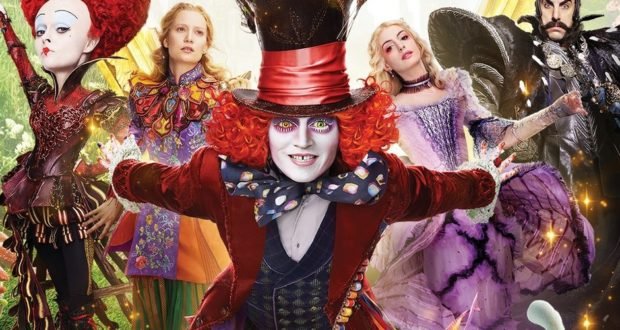 Worst Disney Film Sequels We Wish We Could Forget About

Disney has been churning out feature-length films for more than 80 years now, and in that time they have been responsible for some of the most memorable and influential motion pictures in the history of the medium. And, like any studio, they’ve been known to go back to the well a time or two in an attempt to capitalize off past success, particularly with their onslaught of direct-to-video offerings in the ‘90s. We aren’t going to touch on those films because, frankly, it’s too easy. Below you will find some of the studio’s more memorable failures, each of which we wish we could forget.

The original Cars was an ode to Route 66, as well as a boon for Disney/Pixar’s retail division. The success of the film’s toys, as much as the success of the film itself, led to a pair of inevitable sequels. Cars 2 features a recycled plot centered on a bumbling but well-meaning fish-out-of-water mistaken for a secret agent. Aside from an uninspired storyline, the film suffers from largely relegating Lightning McQueen to a supporting role while Mater — arguably both the most loved and loathed character from the first movie — is given top billing.

Finding Nemo was a cinematic achievement featuring stunningly-rendered visuals and a plot that tugs at the heart strings. What parent couldn’t relate to going to any lengths to not only find their lost child, but to protect them from all the dangers of the world around them? Finding Dory attempts to recapture that magic by following the forgetful fish on her journey to reunite with her long-lost family but, even for an animated film, it stretches the bounds of plausibility. Whereas Nemo invited us to explore the depths of the ocean, the main characters in the sequel spend almost as much time on the surface as they do in the water, culminating in a inane finale wherein the fish actually end up driving a truck as it barrels down the highway. Not even Pixar can pull that off.

While The Muppets revived these beloved characters, this forgettable sequel helped put them back on life support. When Kermit is mistaken for an international jewel thief, he finds himself locked up in the slammer with a cast of colorful characters all their own. As his cohorts continue their European tour, they begin to realize that something might be amiss with the frog in their midst (aka the real jewel thief). Like all Muppet movies, this one is chock full of cameos from big name celebrities, but none of them can save this entry from being one of the most disappointing in the series.

4. All of the Pirates of the Caribbean Sequels

Curse of the Black Pearl was an overwhelming success at a time when pirate movies were seen as an albatross to film studios. It was far and away Disney’s most successful attempt at adapting their theme park rides as a feature, which led the studio to greenlight a pair of sequels (which later expanded into an entire series). While the followups featured plenty of action and swashbuckling adventure, they’re also overly long and, at points, just plain weird. This series is a perfect example that sometimes less is more.

5. Alice Through the Looking Glass

The first live action Alice was directed by Tim Burton, who’s known for his fantastical visuals, and was a worldwide box office success — despite Johnny Depp’s creepy take on the Mad Hatter. Burton ceded directing duties on the sequel, but his influence can still be seen on screen. The result is a colorful bit of whimsy that returns most of the characters from the first film, but its entire existence seems completely unnecessary, as evidenced by the poor reception from critics and audiences alike.

6. The Santa Clause 3: The Escape Clause

While the first two Santa Clause movies are pleasant enough, the third entry in the series crosses the line into cartoony. A jealous Jack Frost decides to trick Santa into giving up the red robe and negating his entire run as the jolly old soul, sending Scott Calvin on a brief sojourn in a George Bailey-esque sequence that gives him a glimpse of this alternate reality. Martin Short’s performance is over-the-top, the plot is much too contrived, and the idea of disguising the north pole as Canada to the unsuspecting in-laws insults not only their intelligence but that of the viewers as well.

Unfortunate title aside, after shrinking his kids and losing them in the backyard the logical next step for a followup would be to inflate his infant. Well, actually toddler. This takeoff of Attack of the 50 Foot Woman sees inventor Wayne Szalinski’s son growing increasingly larger after he wanders into the path of his father’s shrink ray, which has now been modified to enlarge objects — though, naturally, not all of the kinks have been worked out yet. At the time, the movie provided for some fun visuals but its effects have not aged well and the film suffers from the burden of expectations created by the original.

This sequel to The Shaggy Dog reintroduces us to the main character from the first film, who is now all grown up and running for district attorney. High jinks ensue when the mysterious ring from his past is used against him by his rival for the prestigious position, turning the man back into a mutt at the most inopportune of times. There’s not much new ground to be covered here, making this another unnecessary sequel — only this time featuring a dog in a suit.

2020-12-30
Mike Riccardini
Previous: Disney’s 2020 Legal Battles We Wish We Could Forget
Next: Disney Films We Think Need a Sequel