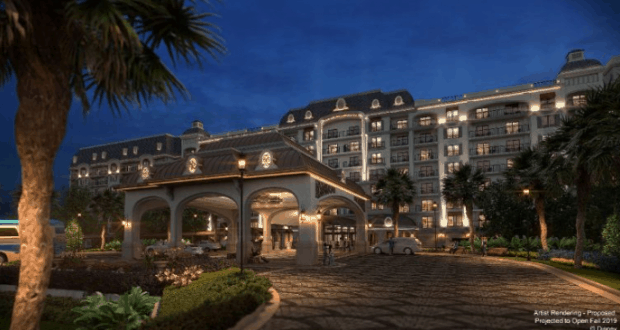 We previously announced that Walt Disney World has been building a new resort, Disney’s Riviera Resort!  We have now learned from Disney Parks Blog that this new, amazing resort is accepting guest reservations for stays beginning in December 2019.  The resort is the 15th Disney Vacation Club property and the theme is one that will immerse guests in the grandeur and enchantment of the European Riviera.  “Disney’s Riviera Resort is inspired by Walt and Lillian Disney’s travels throughout Europe and the Mediterranean coastline —from France to Italy,” said Terri Schultz, senior vice president and general manager of Disney Vacation Club. “Walt fell in love with European art, architecture, food and stories, and his extended tours of the region continue to influence Disney storytelling and theming. We look forward to welcoming our members and guests later this year to this new resort inspired by Europe and imagined by Disney.”

Disney’s Riviera Resort is an elegant modern European, 20th century design  that features grand archways, porticos, cascading water features, towers and terraces.  There is a grand lobby with beautiful views of the grounds.  There will be perfectly themed artwork and decor to bring the design to life. 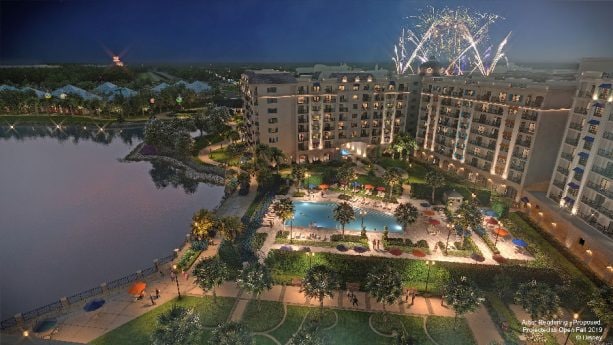 The property is a deluxe Disney Vacation Club resort, offering 300 family-friendly accommodations including deluxe studios, one- and two-bedroom villas, and grand villas.  There will be a new signature table-service restaurant on the rooftop of the resort called Topolino’s Terrace – Flavors of the Riviera.  It will feature authentic dishes infused with French and Italian flavors, plus amazing views of Epcot and Disney’s Hollywood Studios nighttime shows.  There is also expected to be a a character breakfast dining experience at the location in the mornings.  Also at the resort will be Le Petit Café, a coffee bar during the day and a wine bar at night.  There will also be a quick service location, Primo Piatto.  By the feature pool there will be Bar Riva, which is an open-air pool bar. 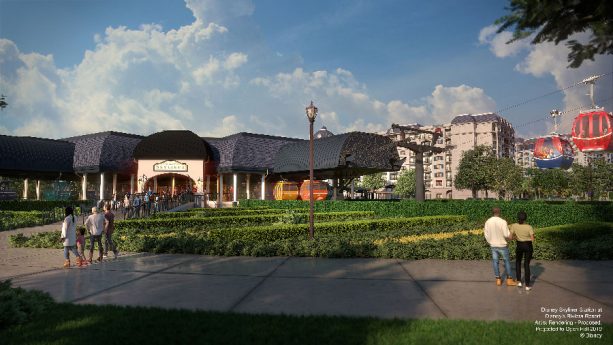 Guests at Disney’s Riviera Resort will also have a new way to travel to Epcot or on to Disney’s Hollywood Studios via Disney Skyliner, a state-of-the-art gondola system that will begin operating this fall. In addition to a dedicated Disney Skyliner station at Disney’s Riviera Resort, the system will conveniently connect Disney’s Hollywood Studios and Epcot to Disney’s Art of Animation Resort, Disney’s Pop Century Resort and Disney’s Caribbean Beach Resort.

Guests can contact 407-W-Disney (934-7639) to make reservations for the new Disney’s Riviera Resort. The official grand opening for the resort hasn’t been announced yet, but we will keep you posted as we learn more.

Who can’t wait to stay at Disney’s Riviera Resort?