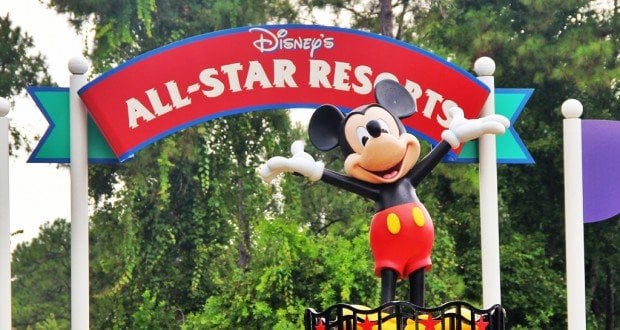 My goodness, we have had a busy day! This was the second day, and the first full one, of our hosted media tour of several Walt Disney World Resorts. Here is an overview of what we did today.

We started by taking a Disney bus to Disney’s Yacht Club Resort. We then had breakfast at Ale & Compass. There is a small buffet, and we also could order an entree. This restaurant is a bit of a hidden gem. It is close enough to Epcot so that you can slip away for a less hectic meal, then return without losing a lot of time in your day.

After breakfast we toured the Yacht Club a bit. We saw a garden view room, and then we saw a suite, which sleeps eight. If I were to stay in the suite I don’t know if I would ever leave the room. It has a solarium! There were three bathrooms in the suite, one of which has two showers. The suite was stunning and comfortable at the same time.

We then headed outside (on the coldest day that Central Florida has seen in a couple of years) to look at Stormalong Bay. This is the pool area that is shared by Yacht and Beach Clubs. Many people say that it’s the best pool complex at Walt Disney World, and I can see why. There are three acres of water, a sand bottom pool, a lazy river, and a 230 foot water slide. What is not to love?

Next we took a look at the newly renovated Beaches & Cream, and then had a tour of Disney’s Beach Club. We got to see Captain Cook’s Pirate Crew, which is the new experience for kids ages four through 12. We also saw the lobby. Then we got back on the bus.

Our next stop was Disney’s Fort Wilderness Resort. The grounds are three times the size of the Magic Kingdom! That is why many people rent golf carts. They cost $67 per day for the rental. We broke into pairs and used the carts to get to one of the cabins. I had never seen inside one of the cabins before, it had the rustic feel that Disney was hoping for. Each cabin sleeps six, and there is a parking spot for a car or golf cart at each one, and there is a charging station for if you rent a cart.

While we were at Fort Wilderness we stopped by the Meadow Recreation Area. There is tennis, volleyball, and other activities. One interesting fact about the Meadow Pool slide is that the water tower at the top used to be part of Disney’s River Country. We also headed to the Campfire Theater, which is where Chip ‘n Dale’s Campfire Singalong takes place nightly. The event is free, and you do not need to be staying at Fort Wilderness to attend.

We boarded a cold and windy boat to cross the lake to Disney’s Wilderness Lodge. We had lunch at Whispering Canyon Cafe. This restaurant features two things; all-you-can-eat skillets and plenty of antics. We experienced both. The skillet was way too much food, but the eatery is a lot of fun. One member of our hosted media group ended up “in jail” for trying to steal a hobby horse. It was all in good fun, and Wendy, one of the servers, was fantastic.

After lunch we stayed at Disney’s Wilderness Lodge for a real treat. We toured one of the cabins at Copper Creek! I had seen one before, but was not allowed to take pictures back then because they were not yet open. The cabin was even better than I remembered. It is the perfect combination of luxury and basic. My favorite part is the two sided fireplace. You can sit by the fire in the living room, or by the same fire on the screened-in porch. The cabin also has a private hot tub. It sleeps up to eight people. We also toured a Deluxe Studio and a Two Bedroom Villa at Copper Creek. They are both beautiful choices.

We got back on the bus and went next to Disney’s All-Star Movies Resort. I thought that it would be a bit jarring to go from a Deluxe Resort to a Value one, but it wasn’t. Disney is all about themes, and everything at the All-Star Resorts is larger than life. We saw one of the newly remodeled rooms. Compared to everything else that we’ve seen it was small, but it was not cramped. There is one bed when you walk in, and a second bed that pulls down from the wall. Both beds use the same type of mattress, so don’t assume that the pulldown bed won’t be comfortable. One thing that I liked about All-Star Movies is that you are treated like a star as soon as you arrive. You will walk the red carpet, and the Cast Members will applaud for you.

The final resort that we toured today was Disney’s Coronado Springs Resort. We started at Gran Destino Tower, which is one of my favorite Disney properties. This part of the Moderate Resort feels like a Deluxe, and it is stunning! We went through the passageway to the rest of Disney’s Coronado Springs Resort, and saw what might be my new favorite Hidden Mickey. We learned a bit about navigating the convention center, which is the largest on Walt Disney World property. We saw one of the rooms in the original part of Coronado Springs. We then walked to Villa Del Lago, which is one of the new eateries. It’s waterfront dining, with a great view of the new tower.

We went back to Gran Destino Tower because we were to have dinner at Toledo – Tapas, Steak & Seafood. This restaurant is on the 16th floor, and you can see all four theme parks. The food is also excellent. Toledo has the feel of a signature restaurant, but it only costs one table service credit on the Disney Dining Plan.

After a relaxing dinner it was time to return to Disney’s Riviera Resort. Instead of taking a bus, we rode in Minnie Vans. This was my second time in a Minnie Van, and I am still impressed with the service. Our driver was friendly and offered lots of great information. I could tell that she really loves her job. The Minnie Van was spotless, and the ride was smooth. When Minnie Vans first were introduced you needed to be staying at a Disney Resort in order to use them, but that is no longer the case. You do need to be on property, but you don’t have to be staying here. My favorite thing about Minnie Vans is that the drivers are Cast Members. Even though you will order one through the Lyft app, the drivers are employed by Disney.

That is a wrap up of the second day of our Disney Resort Showcase. Tomorrow we will tour more resorts and eat more great food. We are also going to be attending Disney After Hours at the Magic Kingdom. It is going to be another full and fantastic day!