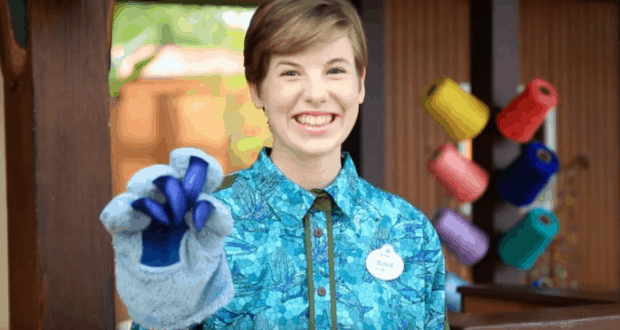 We announced previously that new costumers were come to cast members at Disney’s Animal Kingdom within Walt Disney World.  If you have recently been to the park you may have been able to see some of them.  These new costumes highlight some of the threatened and endangered species that Disney is actively trying to help in the wild.  The mosaic design is very intricate and was created with stories, which is one of the things that Disney is best known for .  Cast members are able to select from three different costume styles. Options are animals that fly (like cranes and butterflies), animals that swim (sharks, rays and turtles) and animals that live on land (elephants, rhinos, tigers and gorillas).  Guests will be able to find the costumes in the various lands around the theme park.

Cast members are a huge part of the entire Disney experience.  These new costumes provide cast members another way to help advocate for the animals and inspire guests to also take action to help support the animals in the wild.

The Disney Conservation Fund has directed more than $70 million to reverse the decline of wildlife in more than half of the countries in the world. Guests are also able to contribute to this fund when they visit Disney’s Animal Kingdom, which is a great way to give back to the environment and support conservation.

What do you all think of these new costumes?