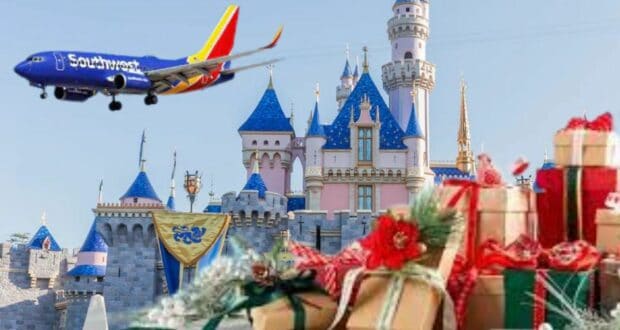 UPDATE: “I can’t believe the kindness & compassion Disney has”; family whose Disney Christmas gifts were destroyed gets a Christmas miracle!

Call it a Christmas miracle. Call it Disney magic. Call it what you will, but one thing is for sure in this story: what could have been a horrible Christmas disaster for one family in far West Texas ended up being a dream come true, and just in time for Christmas morning.

Earlier, we brought you the story of Kaila and her family, who had traveled from El Paso, Texas, to California on a Disney vacation that included visiting the Disneyland Resort in Anaheim, as well as trips to Knott’s Berry Farm and other West Coast California theme parks. 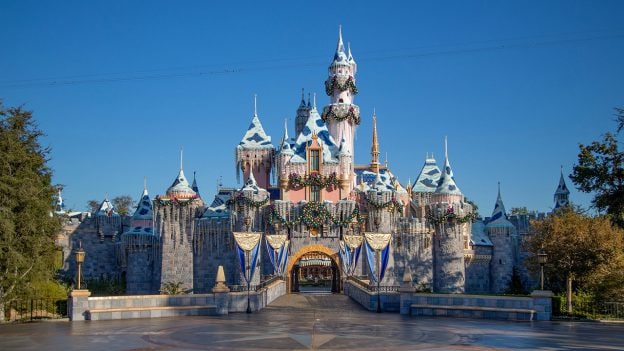 Part of the family’s plans included shopping for Christmas gifts from the theme parks. What could be more unique than merchandise from the Disney theme parks? After all, the theme parks offer a wide variety of merchandise for everyone on a Guest’s holiday shopping list–things like mugs, Disney gift card choices, and items that some Guests collect–perhaps a music box that plays Disney music, a Toy Story-themed backpack, Disney-themed Christmas decorations and Disney-themed luggage, for starters.

And speaking of luggage. . .

When Kaila and her family got to the airport in California to head back home to El Paso, they checked their luggage and boarded the aircraft, never knowing that all of their time spent holiday shopping was about to be for nothing. Before the family could claim their luggage at the turnstile at El Paso International Airport, part of it had been run over by airport staff–the part that contained more than $1,000 in holiday gifts the family had bought for loved ones during their trip. 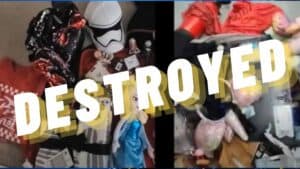 Devastated upon learning about the damaged gifts, Kaila and her disappointed family raced to the Southwest Airlines offices at El Paso International Airport to get answers and find a solution. It was only 2 days until Christmas, and as Kaila’s father explained to Southwest Airlines staff members, the items damaged by the airline staff couldn’t be replaced by going online to Disney Store’s website, and they weren’t items that could be purchased outside the theme parks. What were they going to do?

Southwest Airlines staff offered the family $250 for the damaged suitcase of souvenirs–hardly what they were worth since the family had just purchased the items and paid more than $1,000 for them. Representatives for Southwest Airlines said that the air carrier also granted travel vouchers to the family to use on a future trip.

BUT WHAT ABOUT THE GIFTS FOR CHRISTMAS?

We’re happy to share an update with you about a resolution that the family has been offered. (This is where that Christmas miracle/Disney magic stuff comes in!)

According to the family, a representative for the stores at the Disneyland Resort reached out to Kaila and her parents. The representative said that Disney had gotten word of the so-called “Crushed Christmas” debacle, and was happy to tell them that Disney would not only be replacing all the gifts the family bought at the Resort but that each one would also be gift-wrapped and shipped to the family by Christmas morning.

On Christmas Eve, Kaila and her family were surprised to find a package delivered from the Disney Outlet Store in El Paso, full of Disney gifts and fun finds to hold them over until Christmas morning when the Disney gift replacements were scheduled to arrive.

RELATED: New Disney Store in the works near the parks at Walt Disney World

“I cannot express my gratitude in words; I was speechless,” Kaila’s father explained. “I didn’t know what to say; my eyes watered up. I can’t believe the kindness and compassion that Disney has.”

Here’s hoping Kaila and her family had a very merry Disney Christmas, thanks to the good-hearted people at Disneyland who worked so hard to make the magic real for this Texas family!

2021-12-27
+Becky Burkett
Previous: The Narrators of Walt Disney World Attractions
Next: Man Claimed to Be ‘Star Wars’ Sith Before Attempting to Assassinate Queen