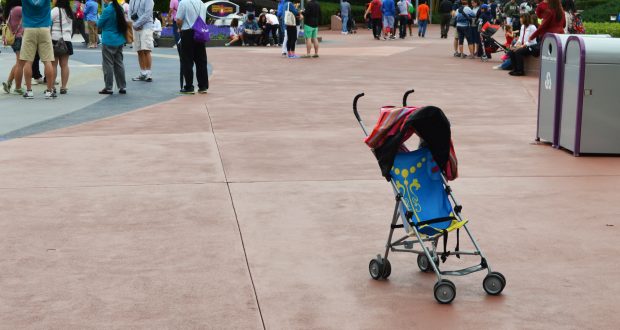 Top 10 Behaviors To Avoid While On Your Disney Vacation

“Do unto others as you would have them do unto you.” You do not need to be religious to follow the Golden Rule. Treating other people the way that you want to be treated is common human decency. Unfortunately, many people do not live like that while they are at Walt Disney World. A Disney vacation becomes a free-for-all, with people looking out for themselves and no one else. People often behave like they never would at home. Yes, you’re paying a lot for your time in Central Florida. The people next to you in line are paying a lot as well. Be courteous and  maybe everyone will have a better time.

If you have been to Walt Disney World, there is probably a chance that you have done something on this list. I will admit that I am not always the perfect guest either. We all get frustrated, especially on crowded, hot days. We’ll all human. The purpose of this list is not to scold anyone for bad behavior. It is instead to make all of us think twice before doing things that we probably should not be doing.

10. Hitting Other Guests With Your Backpack

Chances are that you’re going to be away from your hotel room for several hours when you go to the parks, so you will want to be prepared. A backpack is a convenient way to bring everything with you. Remember that you are wearing it while you are in the parks! Give yourself a little bit of extra room so that you will not hit the person standing behind you each time that you turn. It is easier to unintentionally whack someone with a full backpack than you might think, especially if you do not often wear one. Just be careful.

Many of the birds that you’ll encounter at Walt Disney World seem tame. They are used to people. Too often guests forget that the birds are still wild animals. Feeding them causes two problems. First, they end up eating food that they should not be eating. Second, it makes them more aggressive. Birds will sometimes fly right up to a small child and grab a french fry out of his hand. Disney does have signs that ask you to not feed the birds, but they are small and there are not enough of them. You may think that the picture of your daughter giving a bird a piece of popcorn is priceless, but it is not good for the birds or future guests. It’s best to leave the birds alone. The same applies for squirrels and other small critters as well. Cinderella is a fictional movie, the animals on Disney property aren’t magical creatures.

There are two types of people who are afraid to go on certain rides. There are people who are scared but deep down they really want to see if they can do it. Then there are people who do not want to go on a ride but are forced on by a friend or a family member. This is especially true for young children. Just because your child is finally tall enough to ride Tower of Terror does not make it a good idea. If your child really does not want to try it, use Rider Switch. You don’t want your child to end up hating all things Disney because he was not ready for a ride. Even if he never wants to ride the thrill rides you shouldn’t try to make him. What’s more important, getting your kid on a ride that he doesn’t want to do, or making beautiful memories that will last a lifetime?

It is not only children who do not want to ride certain rides. There are plenty of adults who hate roller coasters or are prone to motion sickness. Don’t be a bully, be a friend instead.

7. Not Knowing What You’re Going to Order

You’re hungry on a crowded day. You’ve been standing in line forever at Cosmic Ray’s Starlight Cafe, only to have the person in front of you still trying to decide what they want when it’s their turn. If you’re at a counter service restaurant on a crowded day, know what you want to order ahead of time. Or just in general at any restaurant! You can use your MyDisneyExperience App to look at menu’s ahead of time. This will keep the line moving, which will make everyone happier.

6. Trying to Get an Unfolded Stroller on a Bus

Strollers needs to be folded on the Walt Disney World buses. Your kids can’t sit in the stroller on the bus. You can roll them onto the monorail and the ferries, but the buses go out onto the roads, which means that the drivers need to follow traffic laws. The bus driver is not going to make an exception for your sleeping child. Have your child out of the stroller and the stroller folded before you get on. And speaking of strollers…

5. Using a Stroller as a Weapon

A stroller is meant as a convenient way to get your kids around the park. It is not meant to be used to push people out of your way, especially on a busy day. Do not purposely plow into people with your stroller so that you can cut a path through the crowd. That is rude and dangerous. You also want to make sure that you have good control of your stroller. Letting a two-year-old who can’t see over the top push it is not a good idea. Remember as well to keep the stroller balanced. It may seem like a good place to store all of your extra gear but if it’s too top heavy it could topple over, possibly with your child still in it.

4. Not Watching Your Language

Walt Disney World is one of the top family destinations in the country. Remember that it is filled with impressionable young children. Please watch your language, they hear and pick up more than you might think.

There are plenty of smoking areas in all four theme parks, and they are clearly marked on the maps. Please, if you’re a smoker, smoke only in those areas. If you light up just anywhere you don’t know who is around you and how they react to cigarette smoke. You do not want to unknowingly be responsible for the person who recently quit smoking to start again because your smoke stirred up the cravings at the wrong time. You also do not want to be responsible for a massive coughing fit because someone walked by who is allergic to cigarette smoke. Be responsible and smoke only in the smoking areas. If you can’t find one, ask a cast member. Chances are that it won’t be far away.

2. Taking Frustrations Out on Cast Members

Some people who work for Walt Disney World are extremely well paid. The vast majority of the cast members are part time and do not make a liveable wage. Most cast member work at Walt Disney World because they want to help make people’s dreams come true, not to get rich. It is not a cast member’s fault that a ride can’t run if there’s lightning or that a simple T-shirt costs $25, so don’t yell at them for it. Be nice to the cast members, and remember to sincerely thank them for their hard work. They don’t hear “thank you” often enough during a shift.

Have you ever been waiting for half an hour for your favorite ride, only to have a group of people push past you because one person was holding a spot for ten? Not only is that not fair, it’s also against the rules. Disney does reserve the right to kick someone out of the park for cutting in line, and that includes holding spots. It’s one thing if your four-year-old realizes that she needs to use the restroom so you hold the spot for a minute or two so your wife can quickly take her there. The problem comes when one person holds spots for others so that they can be off doing something else instead of standing in line. That’s wrong and it is something that you should not even consider doing yourself.

2013-12-10
PaulaK
Previous: Walt Disney World with a Toddler: The Trip Report
Next: Food Trucks all Operating at Downtown Disney