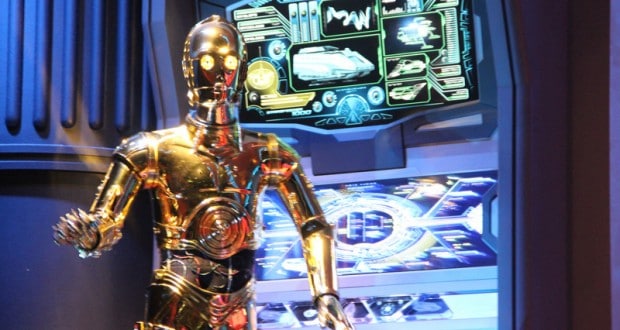 There are plenty of changes taking place at Disney’s Hollywood Studios. There is a common misconception right now that it is currently a half day park, or that it should be skipped all together until the two new lands have opened. There is still plenty to see and do at Disney’s Hollywood Studios, even if you plan to spend the entire day there. Here are ten ways to make sure that your day is incredible.

Disney’s Hollywood Studios is the smallest of the four Walt Disney World theme parks, and the construction walls make it feel even smaller. The park will feel packed, even on a day that is not all that busy. If you want to experience the park without wall to wall people, arrive early. You will want to get in line immediately for a ride that you do not have a FastPass+ for.

You don’t have to be a huge Star Wars fan to take in some of the attractions that are based on the franchise. Walk through Star Wars Launch Bay and see replicas from the movies. Get some great character pictures while you’re there. If you have kids ages 4-12, sign them up for Jedi Training: Trials of the Temple. Even if you don’t have children you should watch the show, you never know how the younglings will react. Of course you’ll need to ride Star Tours – The Adventures Continue. In fact, since there are dozens of different ride combinations you might want to ride it several times. Star Wars: A Galactic Spectacular is one of the best fireworks, projection, and laser shows that you will ever see. These are just a few of the attractions that are based on Star Wars.

No matter what type of movie you are a fan of, there is a show for you at Disney’s Hollywood Studios. You can watch action and adventure, or maybe you’d prefer a little bit of romance. Disney movies are well represented. There are several shows to choose from at the park, and you should take in as many as you can.

Disney’s Hollywood Studios is a fantastic place for character pictures. You’ll find Star Wars characters inside Launch Bay, classics at the front of the park, Buzz, Woody, Olaf, Disney Junior favorites, and more. There is sometimes a limited time character experience inside Walt Disney: One Man’s Dream. If you’re lucky, you might catch Character Palooza. This meet and greet is so secret that Cast Members will tell you that it doesn’t exist. The time, location, and characters will change. Often hard to find characters will be there. Character Palooza doesn’t last long and PhotoPass isn’t available, so if you happen upon it have your camera ready.

FastPass+ is a system that allows you to book up to three rides and attractions ahead of time. You’ll then wait in a shorter line. At Disney’s Hollywood Studios you will pick one attraction from Tier One and two attractions from Tier Two. In order to make the most of your day, use FastPass+. The two most popular attractions at the park, Rock ‘n’ Roller Coaster and Toy Story Mania! are both Tier One attractions. Grab a FastPass+ for one, then hit the other as soon as the park opens in the morning.

If you want to make the most of your day at Disney’s Hollywood Studios, make a reservation for one of the fantastic full service restaurants. Dine in a car or at a kitchen table in the 1950’s, or maybe enjoy a recreation of a classic Hollywood restaurant. Enjoy great Italian food, or feast on a buffet surrounded by favorite characters. You might want to consider booking a Fantasmic! Dining Package. With it you can savor a meal at a select restaurant, then enjoy reserved seating for Fantasmic!.

If you want to have a great day at Disney’s Hollywood Studios, plan ahead of time. Have a general idea of the layout of the park, and know where the rides are. Take a look at the Show Times so that you will know when those will work into your schedule. Remember that the park will feel crowded, so don’t let that stress you out. Plan out your day, and you’ll be surprised by how much you can do.

Bring your patience with you to Disney’s Hollywood Studios. Do not let the construction walls close in on you. Instead, dream about what is taking place behind those walls. Toy Story Land will open Summer, 2018. Sometime in 2019, Star Wars: Galaxy’s Edge will become a part of Disney’s Hollywood Studios. The park will soon be even more amazing than it is right now. It’s fun to dream about what the future holds.