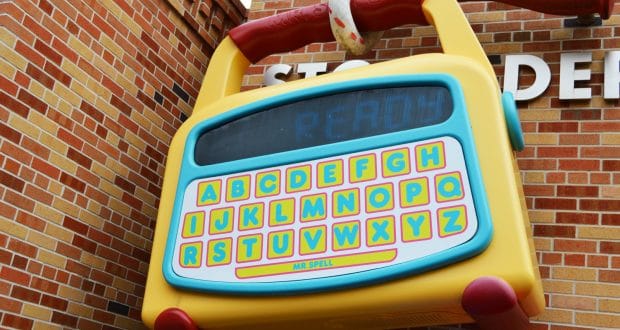 None of us like to wait in line while on vacation, but it comes with the territory when your vacation plans include a theme park.  Even with a foolproof touring plan and FastPass+ you aren’t going to be able to avoid waiting in a few lines (even if just for a short time) while at Walt Disney World.  Luckily, the Imagineers believe that the line, or queue, is part of the attraction experience—the opening act, if you will.  In recent years they have taken great pride in making the queues for new attractions extremely detailed, and in some cases interactive, and they have gone back and “re-imagined” queues for classic attractions. Sometimes you hate to even use your FastPass+ because you will miss out on the queue!  It is hard to choose, but here is our list for some incredible Ride Queues.

Both the Soarin’ queue (in Epcot’s Land Pavilion) and the Space Mountain queue (in Magic Kingdom’s Tomorrowland) share a similar gaming element in their queues—and both are headliner attractions where you will spend a decent amount of time waiting.  The games in the Soarin’ queue work on a motion based system (think Kinect for Xbox), and you participate on a group level.  Space Mountain has individual game screens that you can play as you move through the line.  These may not be as elaborate as some of the heavily themed queues, but they do keep you entertained while you wait.

This classic attraction in the Magic Kingdom’s Adventureland has a fun queue that gets you ready for your trek down the rivers of the World.  Filled with puns and jokes from the missing persons to the lunch menus, be sure to take time to read signs. Take notice of all of the cages—some are empty, some are not.  And there is plenty of gear around the queue to complete the scene.  But one of my favorite parts of this queue is the audio—the scratchy track that sounds like an old timey radio broadcast is filled with funny announcements and even more puns to prepare you for your skipper when you board.

8.  The Seas with Nemo and Friends

When The Seas with Nemo and Friends attraction opened in Epcot’s Future World, it included an elaborate (and very long) zig zagging queue that contributes to the story of the attraction.  You begin your journey on a boardwalk in the sand dunes, work your way down the beach and into the surf, then eventually underwater.  The details on the beach pay tribute to the Finding Nemo movie, along with the attraction that formerly occupied this space, The Living Seas.  Once you are underwater the lighting contributes to the effects (and don’t forget to look up).

Found in the Pixar Place area of Disney’s Hollywood Studios, this queue shrinks you to toy-sized and places you right in the middle of Andy’s room.  There are so many details you will recognize from the Toy Story movies, and the toys you remember from your childhood with larger than life games and crayons, Andy’s artwork, and even a wanted poster for One-Eyed Bart.

The queue in Animal Kingdom’s Kali River Rapids is another marathon of a line.  This one was done right from the start with intricate details that bring you in and introduce you to the story of the attraction.  The queue is richly colored and beautiful—after passing by shrines and statues that look like they’ve been there for a thousand years; you end up in a very detailed area that has shops and the offices for the “Kali Rapids Expeditions.”   The signs and images, along with the sounds, set you up for the conservation story that you “learn” on the attraction.

5.  Tie:  Haunted Mansion & The Many Adventures of Winnie the Pooh

The results of recent “re-imaginings” the interactive queues at the Magic Kingdom’s Haunted Mansion and The Many Adventures of Winnie the Pooh feature innovative hands on elements to keep everyone happy (especially the kids).  The line for the Haunted Mansion “graveyard” plays off some of the funnier gags in the attraction and is not at all a scary proposition for young children.  You can listen to whispering busts, play ghostly instruments and interact with a poet from the afterlife.  The Many Adventures of Winnie the Pooh is designed for preschoolers and smaller children with a place to play alongside the line—the kids can play while the parents keep their place in line (only warning is that you may have to drag the kids away to ride the attraction).  My favorite part of this queue (other than the fact that it keeps my kids happy) is the virtual wall of honey where you can draw things and leave your hand prints.

4.  Pirates of the Caribbean

Pirates of the Caribbean in the Magic Kingdom’s Adventureland, is an attraction that has had a captivating queue as a classic part of its charm.   You enter the line as you enter the mighty fortress in the Caribbean, and as you travel through the turns you pass by armories of guns, kegs of gunpowder and cannon ready to fire on the attacking pirates.  The “legendary” scene that is notable in this queue is where you look down and see the two pirate skeletons engaged in an eternal game of chess where a stalemate prevents any further moves.

In the spirit of setting the scene for a movie, Hollywood Studios Tower of Terror queue is amazingly elaborate.  The line starts when you enter the Hollywood Tower Hotel as it sits from the day something strange occurred there and it was abandoned.  There are games that look like the players just stepped away, dust covered tables and cobweb filled corners, and luggage left by a guest checking in.  Not to mention the decorative details that date perfectly to the time of the attraction.  You will make your way all the way down to the boiler room where you board your elevator.

Expedition Everest in the Animal Kingdom is one of the most interesting queues in Disney.  You go from a Travel Agency through a temple and garden, to a Yeti Museum, and end up at a base camp supply area before boarding the train.  To contribute to the authenticity, around 8,000 artifacts were brought to Expedition Everest from the Imagineers’ research trips to Nepal.  The area could be considered an attraction in and of itself—you might want to consider walking through and using the chicken exit even if you don’t plan to ride.  It is hard to put into words the level of detail you will find here.

1.  Under the Sea – Journey of the Little Mermaid

As one of the newest attractions that opened as part of the Magic Kingdom’s New Fantasyland, Journey of the Little Mermaid boasts a beautiful queue that winds its way past waterfalls and through rocky grottos.  Along the way you encounter cute little (virtual) blue crabs that need your help sorting Ariel’s human treasures.  You also meet Scuttle and can interact with him as he shows off the thingamabobs with the crabs.  Then you enter Prince Eric’s castle which is an impressive castle by the sea—be sure to look up!  The details are fantastic throughout—from the shells in the walkway to the treasures Ariel collected.  The reason this queue takes the number one spot is that, unlike Tower of Terror or Expedition Everest, it is an attraction that everyone can experience regardless of how tall they are, so everyone has the opportunity to walk through this queue.  It has all of the details of a great classic queue, and the interactive elements of the newer queues.  Beautiful job on this one Imagineers!

Which queues make you wish the wait was just a little longer?  Tell us what you think in the comments below or on Facebook. 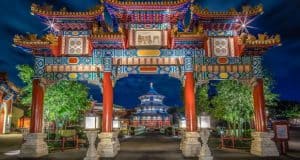 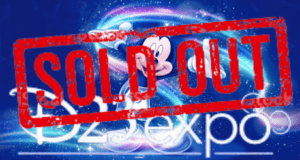 BREAKING: D23 ticket sales go live, some options selling out in only minutes!