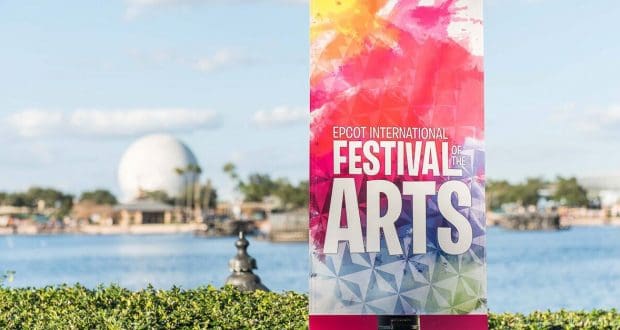 The holidays are over, and the Walt Disney World Marathon Weekend is finished as well. That doesn’t mean that there is nothing happening at Walt Disney World. Winter is one of the four best seasons of the year to visit “the most magical place on Earth”! Here are ten reasons why you should consider a winter vacation. For some of them you have a little bit of time, but for others you should drop what you’re doing and head to the airport immediately.

You may hit a warm spell where you live, but you know it won’t last. The best weather of the year in Florida takes place each winter. Pack your bathing suit, because Disney’s Typhoon Lagoon Water Park is open! Disney’s Blizzard Beach Water Park is currently closed for its annual refurbishment, but it will reopen in March. So far this winter Florida has had both near record heat and near freezing temperatures, so make sure that you check the extended forecast before you leave home so you’ll know how to pack. Or you can just buy all new stuff when you get here, the choice is yours.

There is no time of year when all rides are walk on, but at this time of year the crowds are quite a bit lighter. Schools are back in session and people are back at work, which means that they are not in the parks. Things will be a little more crowded for Presidents’ Day Weekend in February and then Spring Breaks, so you should probably come now.

8) Epcot Forever and the Epcot Experience

Despite the name, Epcot Forever is not going to be around forever. This nighttime show features Epcot past and future, and uses fireworks and kites to tell the park’s story. If you’d like more of a glimpse into the future of Epcot, stop by The Epcot Experience. The future of the park will literally surround you. There may be a lot of construction walls at Epcot right now, but the Epcot Experience will make you see the possibilities behind those walls.

Two new eateries are on the way to Disney Springs that are supposed to open “this winter”. The first is City Works Eatery & Pour House. Located next to the NBA Experience, it will feature burgers, craft beers, and more. It could also become the new “in” place to watch a game at Walt Disney World. Also on the way is the second Walt Disney World location of Ample Hills Creamery. It will be near the AMC Theater, so you can enjoy some of the best ice cream around either before or after your flick.

Disney Springs isn’t the only place with new restaurants opening “this winter”. Regal Eagle Smokehouse is on its way to The American Adventure Pavilion. The eagle in question is Sam Eagle of Muppets fame. The menu will feature barbecue chicken, beef, pork, and a plant based burger topped with jackfruit. The second new restaurant will be out of this world, literally. Space 220 will be located near Mission: SPACE, and it will make you feel as if you are dining on a space station. Don’t worry, the gravity will be turned on when you’re there.

There is more coming to Epcot than just the two restaurants. Three new films are about to debut! Unlike the restaurants, an opening date has been announced. The first film is Awesome Planet. This will be seen in The Land Pavilion. The film promises to be beautiful and educational. Over in the Canada Pavilion, you’ll be able to catch Canada Far and Wide in Circle-Vision 360. Expect stunning scenery and an unforgettable musical score. The third film is a new spin on a story that you already know. Beauty and the Beast Sing-Along is a new take on the animated classic. Angela Lansbury has returned as Mrs. Potts, and you’ll learn who the real hero of the love story is. You’ll be able to find it in the France Pavilion, where it will rotate with Impressions de France. All three films will debut on January 17.

Last summer, Disney Villains After Hours ran ten times. If you did not have a chance to catch it, you will have 24 chances soon. The villains will once again take over the Magic Kingdom on select nights, starting on February 7. New for 2020 is the Villains’ Cursed Caravan, where some of your favorite baddies will join Maleficent in all her fire breathing glory. The stage show Villains Unite the Night returns, and there will be other surprises. Like any of the Disney After Hours events, popcorn, bottled soda and water, and ice cream novelties are included in the price.

The transformation of Disney’s Hollywood Studios is not quite complete, but it will be on March 4. That is the date that Mickey and Minnie finally get their own attraction. Mickey & Minnie’s Runaway Railway will take guests inside a Mickey short. The famous mouse couple is going on a picnic. With Goofy as the nearby train’s conductor, what could possibly go wrong? While The Great Movie Ride will always be missed, Mickey & Minnie’s Runaway Railway could become an instant classic.

2) Star Wars: Rise of the Resistance

It is next to impossible to describe the newest attraction at Disney’s Hollywood Studios. Calling it a “ride” does not even come close to it. With Star Wars: Rise of the Resistance, you will be in the middle of a Star Wars adventure like never possible before. Disney is using Boarding Groups to keep the crowds manageable, and it is recommended that you be in the park when it opens in order to get into a guaranteed group. Rise of the Resistance is worth losing sleep over, it is that good.

1) Epcot International Festival of the Arts

Epcot’s youngest festival will run January 17 through February 24 this year. It has been fun to watch it evolve and grow each run. Festival of the Arts features the arts in many different forms. You can buy art, listen to art, eat art, create art, and more. The Disney on Broadway Concert Series is one of the highlights. It features duos or trios of Broadway stars, performing Disney classics. If you haven’t yet experienced the Epcot International Festival of the Arts, you need to make this your year. It will simply amaze you.

2020-01-13
PaulaK
Previous: The “Skyliner Crawl” at Walt Disney World
Next: Broadway Stars to Take the Stage at Epcot International Festival of the Arts