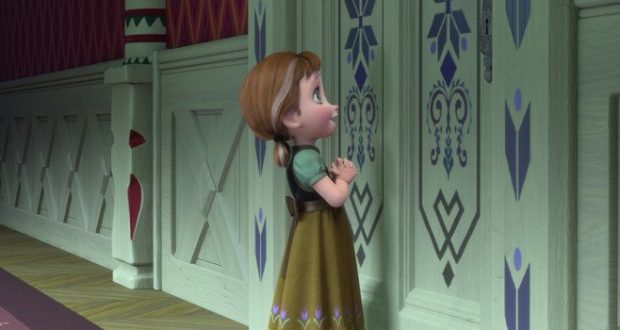 Disney is kind of the most powerful entertainment force in the world. Time and time again they prove why. When this list was written a few years ago, things were very different. Now, Disney has relied so heavily on their cash cows Star Wars and Marvel that they take up the majority of this list. The world has gone nuts for these franchises. And with good reason! Disney knows how to get people: they have state of the art special effects, the most sought after stars, and the best storytelling out there. For these reasons and more, Disney is number one.

These numbers were found after online research, which means things could have fluctuated between publications. The numbers are total worldwide grossing, not adjusting for inflation. The cast listed under each is not a comprehensive list.

The third movie in the Captain America saga finds Chris Evans as Steve Rogers going up against his own people. The Avengers are divided into two teams: Captain America vs. Iron Man. This movie also introduces Spider Man, and brings Ant Man to the team. We also see a lot more of Vision and Wanda. While the story in Civil War is great, it largely feels like an Avengers proper movie, and is a solid precursor to Infinity War.

Tony can’t sleep. His anxiety is getting the best of him. This movie comes post-The Avengers and leaves Tony reeling with the ramifications of their actions in New York – a theme that keeps getting brought in for Tony. Audiences see quite a bit of character development for Tony, making him a favorite for many. Iron Man 3 was the last Iron Man movie to be released, and it is unclear if Marvel has plans for more.

Everyone was beyond nervous for this remake in the long list of Disney remakes, but it delivered. Starring Emma Watson as the beauty herself, Belle, and Dan Stevens as Beast, this movie was a success due to its gorgeous visual effects and amazing cast. Alan Menken even wrote some new songs just for the remake, including the powerful ballad ‘Evermore.’ This beautiful film also sparked a new stage show, performing exclusively at sea on the Disney Dream.

Frozen. Need I say more? Frozen took the world by ice storm. This movie was exactly what Disney needed. If there was any doubt of the powerhouse, Frozen sealed the deal. This movie has voice talents Idina Menzel as Elsa and Kristin Bell as Anna. Not only was the song ‘Let it Go’, at every kid’s birthday party that year, it also won Grammy’s and Billboard slots. Unsurprisingly, the success of Frozen bumped the movie to become the highest grossing animated film of all time.

Episode 8 finds Rey training with Luke Skywalker, and Leia trying to keep the Resistance strong. We also see Kylo Ren trying to figure out where his allegiance belongs, while dealing with General Hux and Snoke. This movie is action packed, with amazing special effects, and a plot that keeps us guessing! Google’s fun fact, provided by Wikipedia, lists Last Jedi as the sixth-fastest movie to reach $1 Billion in just 19 days! It reached $500 Million in just 7!

No one saw Black Panther coming, but we’re so glad it did. T’Challa was introduced in Captain America: Civil War, where we briefly saw him as Black Panther. His father, the king, is killed in Civil War, so in Black Panther he goes home to Wakanda to take over. Here we meet the kingdom and its brilliant, fierce people. Black Panther did amazingly well in the box office, thanks to its stand-alone style and killer characters. Wakanda forever!

The second Avengers movie comes sometime after the New York fiasco of the first. The whole gang comes together to fight off Ultron – a robot who wants to exterminate humans. This movie introduces us to Vision, Pietro and Wanda Maximoff. It also deepens the relationships of the Avengers, using quips and banter to keep them strong. According to Wikipedia.com, Ultron is the second-most expensive movie ever made.

The movie that truly started the Marvel reign. This is the origin story, basically. Thor’s brother, Loki, has the Tesseract, promising mass destruction. So S.H.I.E.L.D. director, Nick Fury (Samuel L. Jackson) gathers together a super team, which includes Iron Man, Captain America, Thor, Hulk, Black Widow, and Hawkeye. And they kick butt. Marvel’s The Avengers truly sets up the rest of the franchise. Relationships are formed, cities are saved, and plots thicken.

Infinity War might have been the most anticipated film for the last several years. The Marvel Series has become a phenomenon. Infinity War has all of the groups coming together to try to stop Thanos from getting all of the Infinity Stones: The Avengers, the Guardians of the Galaxy, and Doctor Strange. It’s difficult to talk about this movie without giving anything away. I will say this, it is an emotional journey filled with non-stop action, and keeps us wanting more. As of right now (it is still in theaters, so these numbers will change) it is the world’s fourth-highest grossing film of all time (Wikipedia).

Episode 7 was a long time coming. This movie brought new life to the Star Wars franchise (thanks to Disney’s acquirement). It brings us new characters like tough Rey, ex-Storm Trooper Finn, spitfire BB-8, and evil Kylo Ren. We see familiar faces too, like Han, Leia, Chewbacca, C3-PO, and, of course, R2-D2. Our favorite heroes are faced with the New Order and new threats. There’s some interesting family history in there too… While it takes the top spot for Disney grossing, it is also third-highest of all time!

Bonus: Incredibles 2 broke box office records with its opening weekend, securing a whopping $180 Million in the US alone. It will surely make this list in due time.

Thanks to BoxOfficeMojo.com for these numbers and Wikipedia.com for the fun facts.