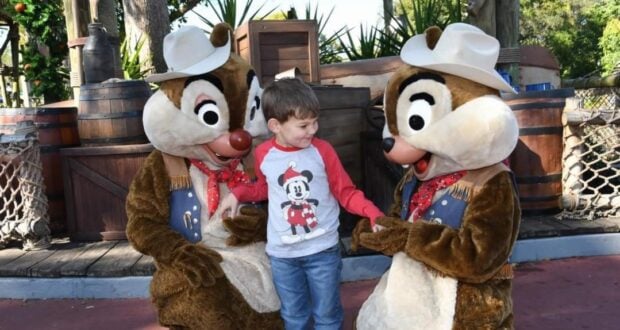 Tips From a Cast Member: How to get the Best Character Interactions

As parents, there’s often a lot of pressure to make every moment PERFECT on our Disney trips! This means we inadvertently mess it up a lot. I know I’m guilty of forcing things that my family just wasn’t feeling. However, take it from experience that the best experiences are the ones that just flow naturally.

The photos below for example: Completely random, and unplanned. We were visiting Port Orleans French Quarter and ducked inside to escape the rain. Who should appear but the Queen of the Bayou herself! My son got excited and shouted, “TIANA!” My instinct was to tell him to ahh because we were inside, and we’d wait our turn to see her. Tiana had other ideas. She approached him and asked if he wanted to take a walk. They strolled around the lobby and watched the rain together and had a lovely chat. My insistence on doing things “the proper way” would’ve missed out on all of that. 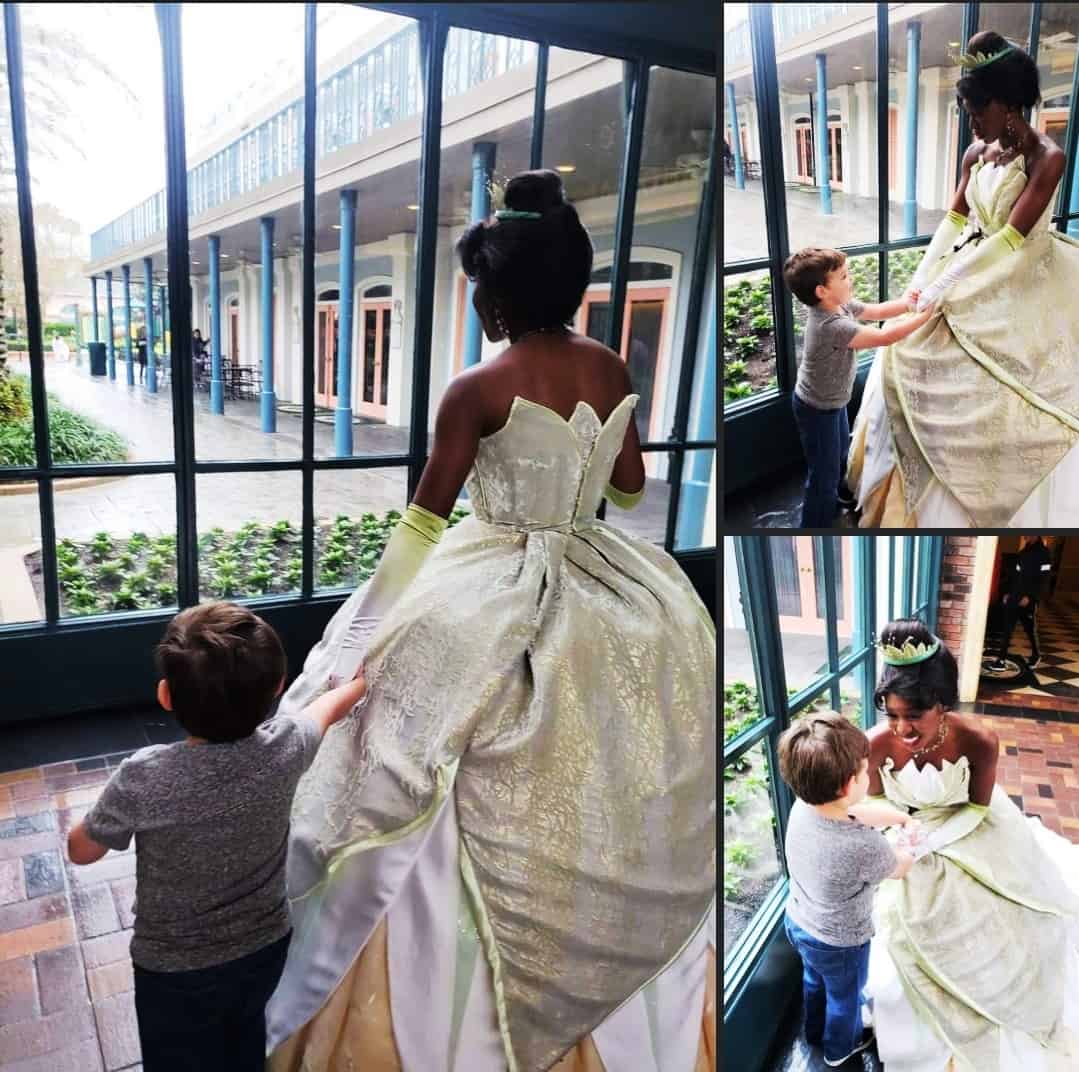 With that said, here are some tips for the best possible character interactions from Sarah Daniels, a former Cast Member   “friends” with an impressive number of Disney celebrities, including Mickey Mouse, Donald Duck, Alice, Ariel, and young Elsa!

Let your kids take the lead 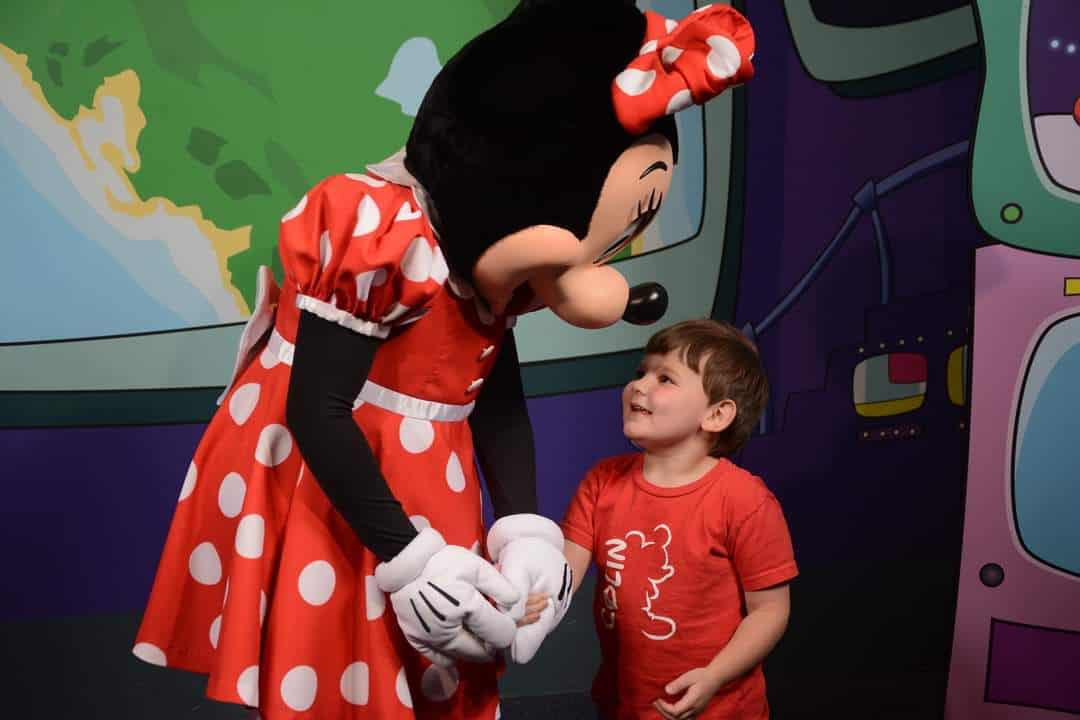 Don’t focus so much on autographs

Daniels: That’s one thing that drives people nuts as characters. Kids just walk up, holding the book in your face, and that just like slows the interaction down immediately. Obviously, have your books ready. Maybe one parent or one sibling can have the books, but make sure you’re getting that interaction, so that they can actually have a moment and the character can storyline. They can bring them into your world, instead of just signing a piece of paper and being like, “OK, bye.”

Daniels: If you’re getting autographs from characters, always bring a clickable Sharpie. Sharpies that are clickable are the best. Characters will try harder when they sign your books. Period. If you bring like a little mini-golf pen or a tiny little Sharpie, they’re gonna be mad. The autograph’s gonna look terrible. They’re wearing giant gloves. You bring a [big] Sharpie, and I’ll be like, “All right, here we go.” I will give you the best autograph you’ve ever seen.

Daniels: Always make sure to ask for consent before you do stuff. Like, don’t just kiss a character on the cheek. That’s weird. That’s germs. Don’t just go in for a hug immediately. If they put their arms out, yes, of course, but if you’re an older adult and you want a hug, it’s nice to just ask.

Daniels: If you met Belle yesterday and you’re meeting Belle again, it’s nice to be like, “Hi Belle. It’s great to see you. We just saw you yesterday at breakfast, remember?” And then, Belle can be like, “Yep, sure did. That totally happened.” It’s probably a different person, but it’s good that they can connect those experiences with each other.

Daniels: Please and thank you go a really long way with characters. All my best interactions came from just people who were kind. I can remember (the) names of kids I met 15 years ago because they were kind, literally.

Daniels: If you’re in a restaurant or even just out in the park, always clean your kids before you send them off to the princesses. Kids will come up with like chocolate on their hands or chocolate all over their faces, and they’ll come up and put their head on you, and then you’re covered in chocolate, and then you have to go change and then you get in trouble, even though you didn’t do anything

Daniels: I think people don’t realize that the people inside the costumes want to be there. They’re really happy to be there.  A lot of people come up and will be like, “Oh, it must be hot in there,” and (make) just silly comments. You don’t need to say that. Just have the interaction, (and) have a good time.

There you have it, straight from the source. On your next Walt Disney World trip, try out these tips for the best character interactions!