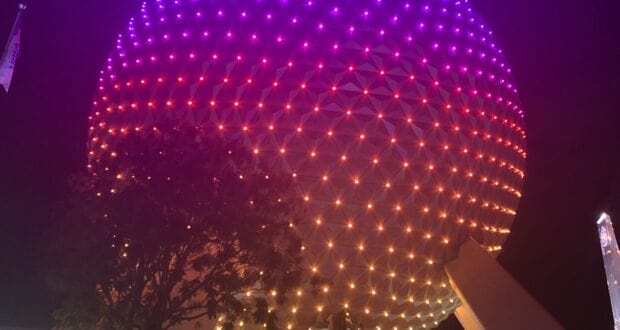 The World’s Most Magical Celebration Media Event, Day One

Walt Disney World is about to celebrate its Golden Anniversary, and I was invited to a two-day media event to highlight the occasion.

There is so much going on to commemorate. The party is called “The World’s Most Magical Celebration,” and it will continue for 18 months! Here are a few of the highlights from the first day of the event. 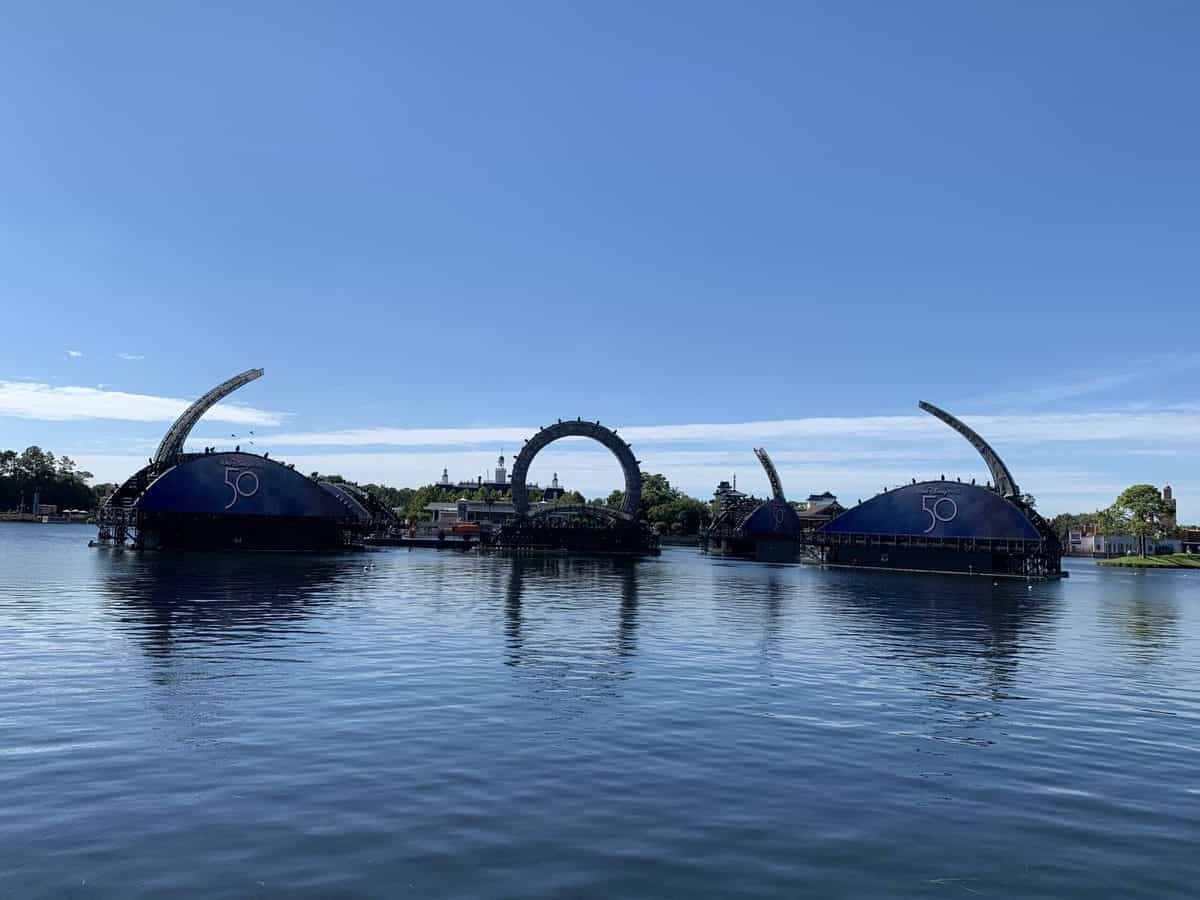 We spent day one at EPCOT. October 1 may be the Magic Kingdom’s 50th birthday, but EPCOT also opened on October 1, but 11 years later.

This year will mark the Park’s 39th anniversary, which is also something to celebrate. The park is currently in transformation. Imagineer Zach Riddley shared about some of the changes that have already taken place.

The Space 220 Restaurant at the Mission: SPACE pavilion is now open and allows Guests to feel like they’re dining 220 miles above Earth.

The Creations Shop is also open. It’s the flagship store for EPCOT. Remy’s Ratatouille Adventure will open to the public on October 1. It’s been a huge hit during Passholder and Cast Member previews. Of course, “Harmonious” is the brand new fireworks spectacular. Zach Riddley says it’s the largest fireworks show that has ever taken place at the Park.

I got to speak with the Executive Creative Director of “Harmonious,” Steve Davison, whose excitement was very obvious!

Davison has worked on many other Disney productions, including “World of Color” at Disney California Adventure at Disneyland. “Harmonious” blends music, effects, and fireworks into something unique for the whole family. Davison says that there are great viewing areas all around World Showcase from which Guests will notice different things each time they see the spectacular.

“Harmonious” runs approximately 20 minutes, which is longer than the previous spectaculars at EPCOT: “IllumiNations” and “EPCOT Forever.” 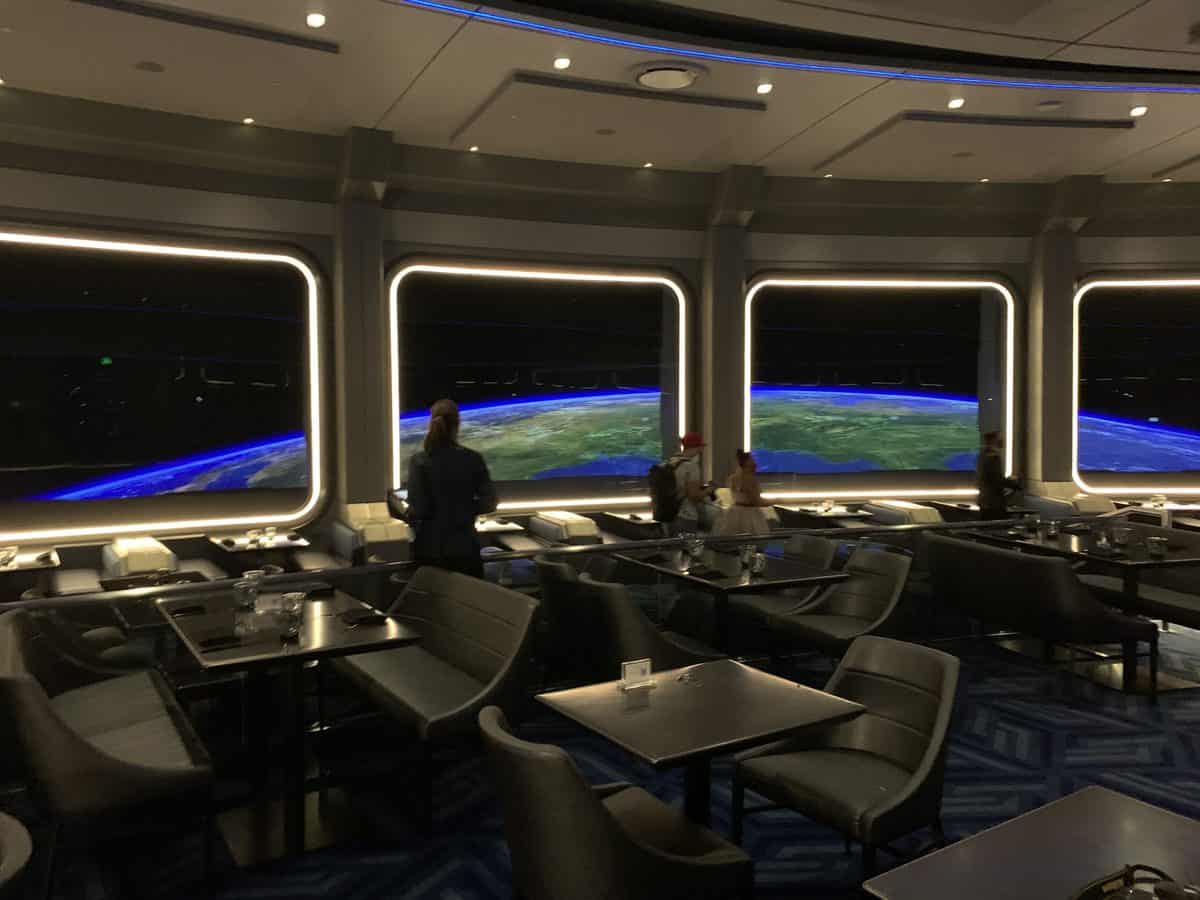 Space 220 Restaurant is probably the most coveted restaurant reservation at Walt Disney World right now, and there is a reason why. You climb aboard an elevator and be transported to your destination. The elevator is part of the fun. If you look down you can see Florida getting smaller and smaller. Look up and the Centuri Station (where you’ll be dining) gets larger and larger. The effect is well done, you do feel as if you are traveling 220 miles up! Lunch and dinner at Space 220 Restaurant are prix fixe. There is also a lounge, so if you can’t get a reservation you might want to try that.

Another new place to dine is La Creperie de Paris. There is a sit-down restaurant, but if you’re in a hurry try Crepes a Emporter. That’s the restaurant’s walk-up location. Both eateries feature traditional crepes and galettes (buckwheat crepes). Sweet and savory crepes are available.

There is plenty of new merchandise for sale inside Creations Shop. The 50th Anniversary merchandise won’t be sold there until October 1, but we had a peek at a few of the items that will be for sale. Plush Mickey and Minnie are all dressed up in their celebration outfits, and there is a youth dress that matches Minnie. There are Ears, hats, and a windbreaker that will soon be sold. The Loungefly backpack is made so that you can easily store your headband Ears! Also inside Creations Shop are plenty of choices that are exclusive to EPCOT. The store is worth a stop even if you don’t plan to shop. There are two murals of Mickey that you don’t want to miss, as well as several statues of the mouse who started it all. Next to Creations Shop is the new Club Cool, which still had a line to get in. 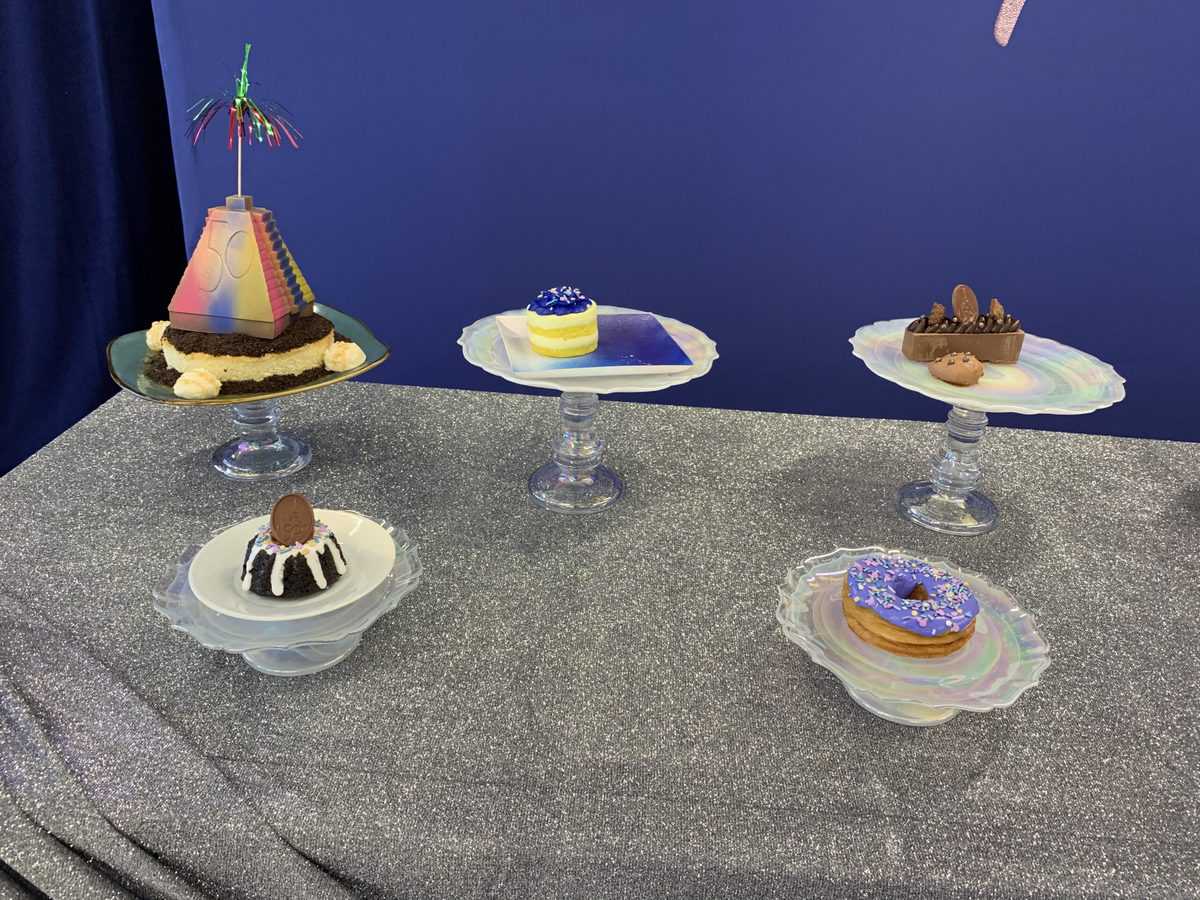 In addition to merchandise, there are special sweet treats that will celebrate the 50th Anniversary. I learned that Walt Disney loved chocolate, so many of the new treats use plenty of chocolate in creative ways. He also loved lemon, so that is included in some dishes. Many of the items reflect the color scheme of the celebration. Possibly the most creative item is the Mexican Chocolate and Toffee Pyramid. It will be found at San Angel Inn, and feeds at least four people. It looked delicious!

We were treated to a sneak peek at Guardians of the Galaxy: Cosmic Rewind. We went inside the building! We were not allowed to take pictures or record anything. We saw part of the track. We learned that a new technology had to be created for the ride. Disney is calling it an omni-coaster. It will be one of the longest indoor tracks in the world. It will also feature the first reverse launch at Walt Disney World. From what we saw, the new coaster is going to be amazing. It won’t open anytime soon, there is still much work to be done. This was the first day that it wasn’t a hardhat zone. 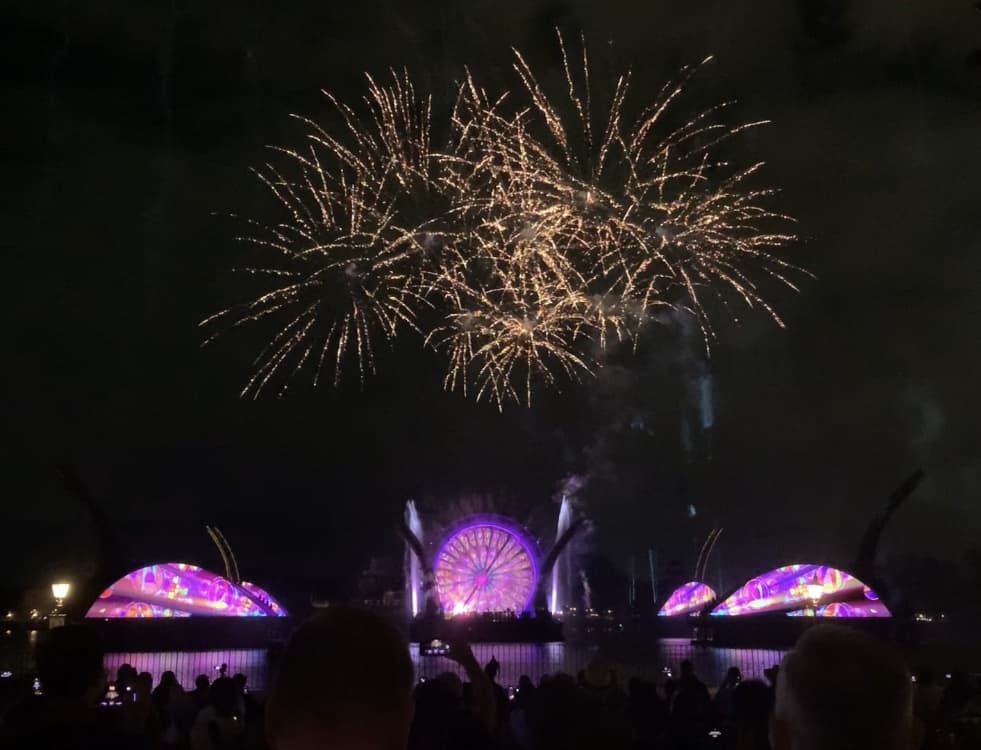 The day ended with the premiere of Harmonious. Even though it officially opens on October 1, Disney decided to treat Guests a couple of days early. You did not need to be at EPCOT to enjoy it, though. Disney Parks Blog live-streamed the first show. If you missed it, catch it on YouTube. It’s a beautiful show. I’ll have a full review in a few days, I want to see it one more time first.

Beacons of Magic also debuted on Spaceship Earth. As spectacular as Harmonious is, in my opinion this was even better. The colors are vibrant, and there are different patterns that play. Even the monorails are part of the celebration. When each passes through EPCOT, it lights up underneath with a color to match which monorail it is.

I’d like to thank Walt Disney World for allowing me to be a part of this special day at EPCOT. Day two will be at both the Magic Kingdom and Disney’s Contemporary Resort, and I can’t wait.