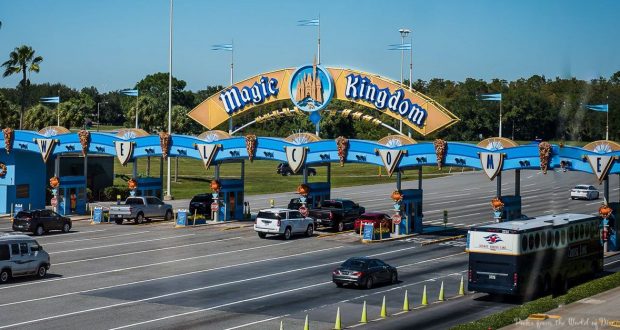 The Disney Headache: 8 Things We Wish Walt Disney World Would Do Away With

Disney World fans of all ages are in love with the resort. We love the four theme parks, the two water parks, the myriad of resort hotels, Disney Springs, the PhotoPass system, etc. What’s not to love? The short answer is there aren’t too many things we don’t absolutely adore at Disney World. But here are 8 things for which we feel the proverbial ship has sailed, and with which we think Disney should do away.

Disney World fans have always been sure about one thing—they either love Stitch’s Great Escape or they loathe it. There’s never really been any grey area. And the awkward attraction starring the lovable Project 626 has always been a bit questionable—I don’t know of any Disney World fans who truly relish the idea of Stitch burping, causing havoc and leaving them wondering, “What was that?” on their way through the exit doors. It’s time for this mediocre attraction to vanish. And if that’s asking too much, we fans at least deserve the truth about what’s going to take place in that space inside Tomorrowland. Let’s at least do away with the rumors and the teasers and let Guests know the truth about future plans. 7. Not allowing Guests to book the Castle suite

We’ve seen the pictures of the heavenly suite high above Magic Kingdom on the fourth floor of Cinderella Castle. They are all teaser photos, though, because the suite cannot be booked by Guests. In fact, the only way to physically set foot inside the suite is to be on the Mousekeeping staff responsible for its cleanliness or to win a sweepstakes put on by the parks that is only offered once every third blue moon. We know that the waiting list for such a booking would be years long, but at least let us dream about it with the hope of that dream someday being realized. If you aren’t an Annual Passholder, you probably know that you will pay a different price for a one-day ticket on a non-peak day than you will on a day in June. Simply put, it costs more money per park day to visit during peak seasons than it does to visit during non-peak seasons. From a business standpoint, we get it. From a Guest standpoint, we think Disney needs to scrap the tier-pricing system and keep the per day park ticket fee the same amount 365 days per year.

Come on, Disney—it’s already crowded enough when we are trying to get to our dining reservation at Magic Kingdom. We’re already often moving at a snail’s pace toward Magic Kingdom because so many people are boarding the monorail. Then someone decides that the middle of the day would be the best time to perform routine maintenance and checks on the trains. We aren’t talking about the unforeseen mechanical hiccups that happen from time to time. Disney clearly has no control over those. But maintaining the trains during park operating hours is ridiculous. Disney certainly wouldn’t stop rides in the middle of the day just for routine maintenance—they do that overnight when no one is around. The monorail is still an attraction in its own right, so let’s do away with the maintenance during park hours. Please and thank you. Revenue from parking fees at Disney is what we call “mailbox money”—money that is continually earned without too much effort on a company or an individual’s part—a steady and sure revenue. And we can do the math—thousands upon thousands of vehicles—most of them paying the $25 fee to park—365 days a year. (That mailbox is huge!) It’s almost like you’re paying a fee to rent a rectangular space on which to rest your vehicle while you enjoy the parks. Standard parking is self-parking, and the Guests who park right up close to the Transportation and Ticket Center pay the same amount for parking as those Guests who parked in the furthest spot available in the Heroes or Villains lots. Dear Disney, if you won’t do away with the fees, at least make the fees lower for those who have to take the tram.

3. Too few special event items to last an entire day

June 30, 2018–Toy Story Land Opening Day at Disney’s Hollywood Studios. It was fabulous! And Guests roamed the new land, clad in all their new Toy Story Land wearable souvenirs—t-shirts, Slinky Dog headbands, Little Green Alien Men headbands and an Alien popcorn holder with a strap so it could be worn around the neck—hands-free popcorn eating—brilliant. But what’s not brilliant is the lack of special event items made available at the parks. By about noon on June 30, there were no more popcorn buckets to be found, and they had already surfaced on eBay—some with a starting price of around $200! Cast Members let us know very quickly that there were no more in the park and no more coming. The opening of a new land like Toy Story Land is a big deal, and we just think it would be nice for Disney to at least have enough of those celebratory items to last through the entire first day of such an event. A dining reservation at Cinderella’s Royal Table inside Cinderella Castle is the most difficult reservation to score at Disney World. And if you’re lucky enough to call in time to get a reservation when the window opens, you also have to pay for your experience at that time. And we totally understand that. But part of the reason that reservations are so hard to come by at this beautiful restaurant is that it is one of the smallest venues (if not the smallest) at Disney World. Only 130 lucky diners can be in the dining room at one time. If there were a way for Disney to expand the dining room—even if that meant making it a restaurant housed on two floors, that could possibly double the amount of dining reservations available, which would make lots of princesses-in-training very happy indeed. The Monorail is such a convenient way to get from the Transportation and Ticket Center to the gates at Magic Kingdom, and vice versa. We also like that we can move between EPCOT and Magic Kingdom with the help of the monorail. However, we think it would be nice if Disney would expand the monorail’s service to include transportation to and from other areas of the Walt Disney World Resort. That will be tricky with the new Skyliner being built. Tricky, not impossible—remember it was Walt who said “If you can dream it, you can do it.” 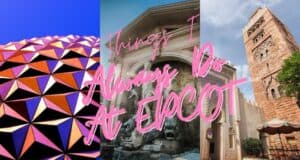