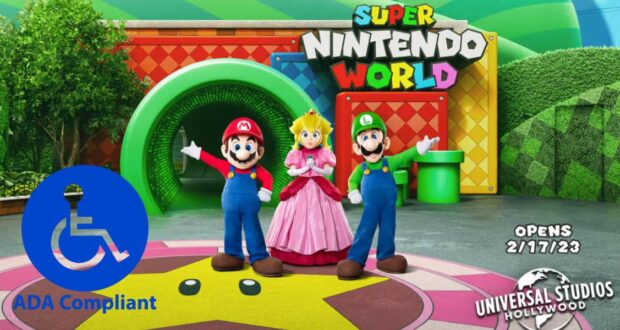 As Universal Studios Hollywood prepares to open its all-new land, SUPER NINTENDO WORLD, Guests attending the Southern California theme park’s soft opening have noted a distinctive commitment to comprehensive and inclusive theming that does not compromise any Guest experience.

Opening on February 17, 2023, Super Nintendo World builds upon its existing counterpart at Universal Studios Japan, which is extremely popular with fans of the video game franchise and theme park buffs alike. Universal Studios Hollywood (USH)’s version will allow Guests to play real-life versions of Mario Kart alongside Mario, Luigi, and Princess Peach, enjoy a meal at Toadstool Cafe, and “level up” with Nintendo-inspired merchandise from the 1-UP Factory store. 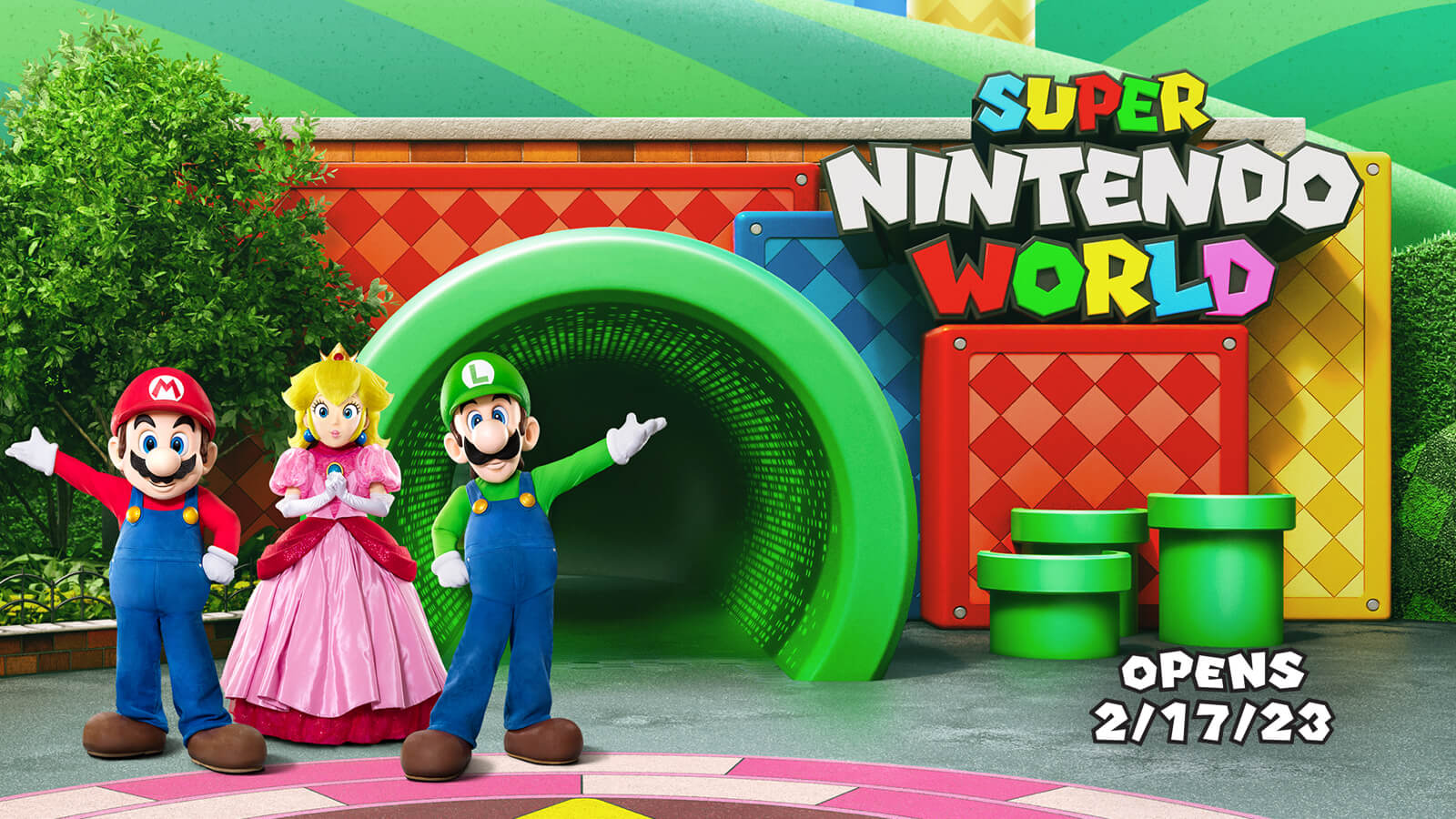 Fans are especially excited to stand up against Team Bowser within the Park’s Mario Kart: Bowser’s Challenge attraction. On Universal Studios’ website, it describes the ride as follows:

Ready to experience Mario Kart™ like never before? Put on the special goggles and battle Team Bowser on iconic Mario Kart courses alongside Mario, Luigi, and Princess Peach. Collect digital coins and throw shells to win the Golden Cup on the groundbreaking Mario Kart ride with cutting-edge technology.

Notably, the ride has received positive reviews partly due to its fun, engaging storyline and immersive theming. In fact, Guests praise all of Super Nintendo World for its commitment to providing a one-of-a-kind experience that really puts you into the world of Super Mario Bros. and the Nintendo franchise. 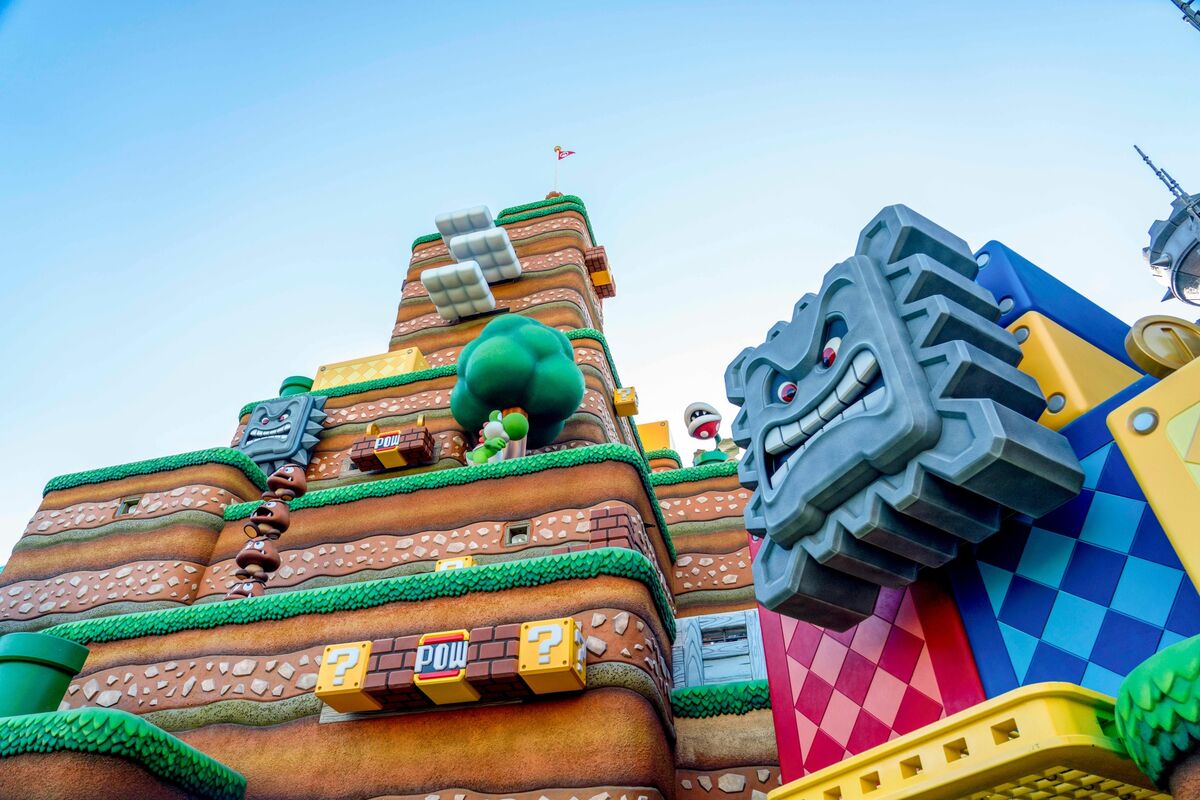 RELATED: Child Gets Foot Crushed in a “Bloody Scene” on Iconic Universal Attraction

Moreover, Super Nintendo World has specifically prioritized this immersive experience for everyone, including those with disabilities. Unfortunately, the history of accessibility and inclusivity at many theme parks is not a positive one, with many themed entertainment providers experiencing a learning curve since their inception.

Now, theme parks like Universal Studios Orlando, Hollywood, and the Walt Disney World Resort have committed to more inclusive entertainment, with Disney even making inclusivity one of its five keys. And Guests have noticed the difference, especially at Super Nintendo World. 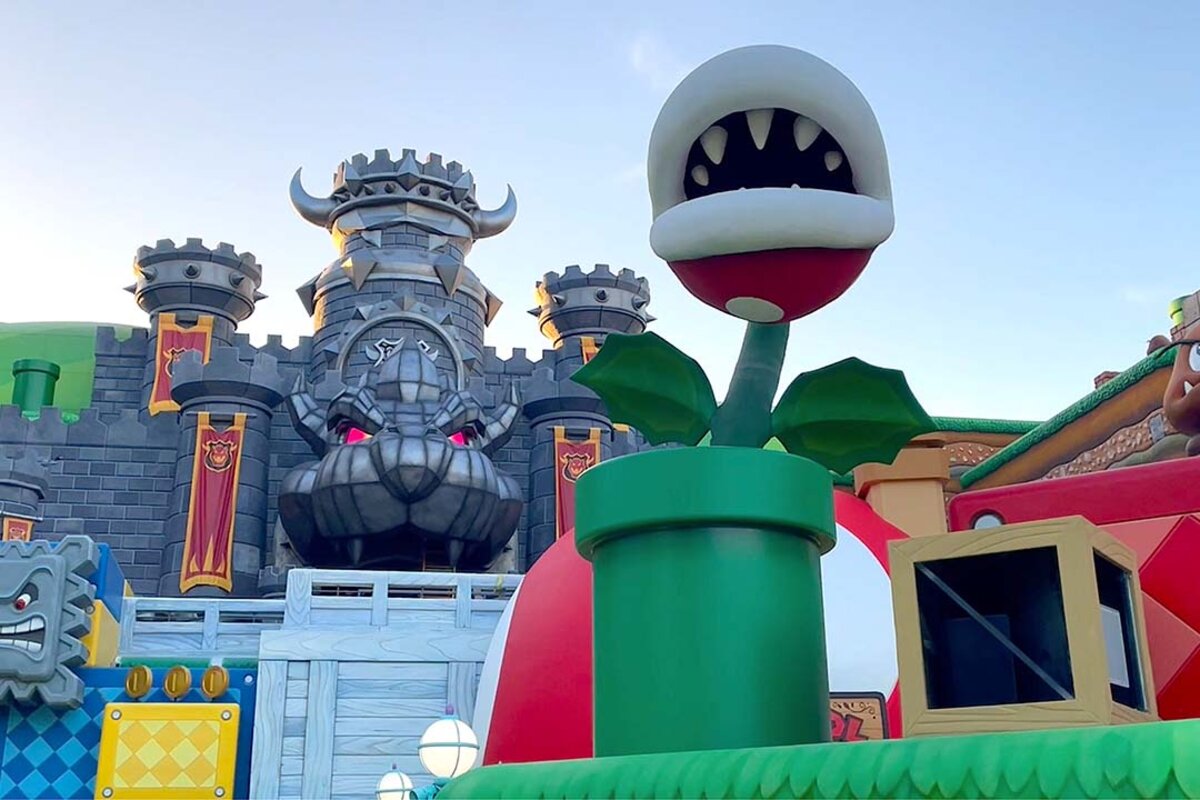 For example, when the Wizarding World of Harry Potter opened a few years back, some visitors noticed that while the attractions and outdoor areas had incredible theming, accessible pathways such as ADA elevators felt like more of a disconnected afterthought. Such is not the case for the new Super Nintendo World, as observed by Twitter user RyanThemePark:

Something I forget to mention yesterday, even the ADA service elevators are themed. The ones in Bowsers Castle look like the photo below and the ones in Mount Beanpole have mine shaft elevator theming. Forbidden Journey at WWOHP didnt even get themed elevators. pic.twitter.com/B3UMUTnDWw

As Ryan points out, in contrast to Harry Potter and the Forbidden Journey dark ride, the ADA service elevators fit right into the realm of Bowser’s Castle so that at no point are the Guests pulled out of the fantasy world. Hopefully, theme park fans of all kinds will continue to see this sort of change in design plans enacted at Parks across all companies and even worldwide!

2023-01-23
Spencer Johnette
Previous: Planning a Trip to Walt Disney World This February? Here Are the Least Expensive Days to Visit
Next: Universal Fans Will Soon See Big Changes in How They Visit the Wizarding World of Harry Potter