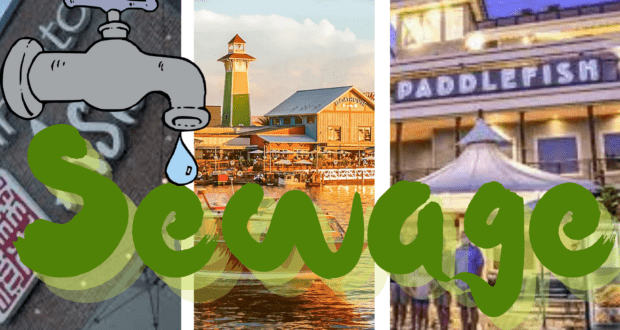 Next to EPCOT, Disney Springs is often the most underrated Guest area at the Walt Disney World Resort, especially by Guests who aren’t familiar with all Disney Springs has to offer.

In the last several years, Disney Springs has undergone a major expansion, offering more options in dining, shopping, and entertainment opportunities for Guests of all ages. There are four major areas of Disney Springs: The Marketplace, The Landing, Town Center, and West Side, each one with its own unique set of offerings to tempt your tastebuds, liven up your evening, and land a little magic in your shopping bag.

RELATED: Guests use this hack at Walt Disney World’s Disney Springs, and IT ACTUALLY WORKS!

If you’re hoping to enjoy a dining experience during your visit to Disney Springs, the hardest thing you’ll have to do is choose which venue you’d like to enjoy because there are so many of them! It’s a good idea to land your dining reservation in advance so you aren’t disappointed when you arrive and your favorite restaurant is full.

Occasionally, however, even with a reservation for a restaurant things can happen for which there was no way to plan. Inclement weather can spoil an outdoor dining experience, and other out-of-our-hands events can sully the evening as well–even events like, say, a flood.

No flood is a good flood, but some floods are worse than others, especially when they involve sewage. And that’s exactly what happened last weekend at Disney Springs, according to ITM.

Sadly, several restaurants were affected when an area of Disney Springs apparently experienced some type of sewage issue, as the Boathouse restaurant, Morimoto Asia, Terralina Crafted Italian, and Paddlefish all experienced problems with sewer water. The sewage trouble even led to the flooding of parts of the restaurants.

And of course, those areas were flooded with sewer water.

Part of the event was captured in this photo, which is somewhat blurry but appears to show sewer water overtaking the floor as towels are being collected for use in drying up the water and in keeping it from continuing to invade further areas of the restaurant. 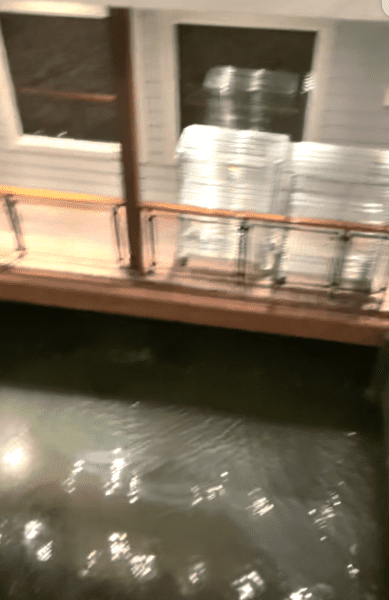 According to ITM, sewer water was falling from the Paddlefish boat and flowing into the restaurant itself. The very next day, the first floor of the Paddlefish restaurant was restricted to Guests because of the flooding the previous evening.

Some of the restaurants in the area reportedly closed early on the evening of the initial incident, and Guests also reported a sewage odor in the area as well. At the time of this post, however, the Walt Disney World website shows the Paddlefish restaurant to be open during its regular hours to Guests looking to board the boat and enjoy amazing seafood!

It’s nice to know that at the Walt Disney World Resort, issues like these are not very common, and when issues do arise, Disney Cast Members are very prompt and intentional in resolving the issues.