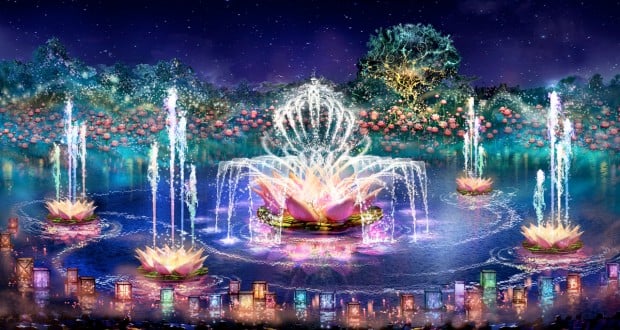 Special cast previews for the much anticipated Rivers of Light nighttime show at Disney’s Animal Kingdom have been announced for this weekend, November 26-27.  There are still no formal dates for when the show is expected to open to guests, but cast previews are a good sign.  We will update here as soon as we have a confirmed opening date!

Animal Kingdom is an amazing park that is unlike any other theme park, and it’s definitely not a zoo! There are animals, attractions, restaurants, characters and so much more to discover at Animal Kingdom, but it can be a little daunting to new visitors who aren’t quite sure how to best tackle this park. Here are 10 awesome tips for Disney’s Animal Kingdom that will help you see and do it all!

The Boneyard is located in Dinoland U.S.A and is a must do if you’re visiting the park with young children, especially toddlers. This interactive playground is themed like a dinosaur dig site, and is the perfect place for kids with lots of energy.

Expedition Everest is one of the more popular attractions at Disney’s Animal Kingdom. It’s thrilling, it has a terrifying yeti, but it can also have long lines. There is however a way to avoid long lines, and that is the single rider line. If you’re unsure of where this line is located, just ask a cast member and they’ll point you in the right direction. The single rider line is a fantastic way to get a few extra rides in on this coaster.

A great time to visit Kilimanjaro Safaris is first thing in the morning when you arrive at the park. A FastPass+ reservation isn’t necessary early in the morning, and many animals are more active and out and about earlier in the day before the sun gets too hot and they hide in the shade. The safari is also a great ride option when it’s raining. The animals actually tend to venture out a little bit more when it rains, and since the vehicle is covered, you won’t get wet! It’s also a good idea to ride this attraction a couple times in the day because it’s never the same ride twice, and you never know what wildlife you’ll see.

7. Plan on Getting Wet

If you’re going to ride Kali River Rapids, plan on getting wet, and when we say wet, we mean soaked. There is always at least one person who gets soaked and you never know who that will be. If you don’t want to spend the rest of your day in wet clothes, come prepared. Bring a change of clothes, or wear a poncho on the ride.

In addition to the front gate entrance at Animal Kingdom, there is another entrance into the park. The second entrance is located at the Rainforest Café through the gift shop located to the far left at the main park entrance. There is often very little, to no wait at this entrance.

5. Get a Times Guide

A times guide is a very valuable tool, it will tell you where and when characters are appearing, and all the show times. There are a number of characters that only appear here at Animal Kingdom, like Baloo, Dug and Russell, and Pocahontas, so you wouldn’t want to miss them just because you didn’t know where and when to find them. The guide will also have the show times for Nemo the Musical and Festival of the Lion King, which are must see shows!

If you’re a fan of the Dole Whip, Tamu Tamu Refreshments has a variation on the Dole Whip for adult guests. They offer the delicious pineapple soft serve but with the addition of rum. You can also get the Dole Whip without the rum for those who prefer it the traditional way.

Making an early breakfast reservation at Tusker House (they open at 8:00am) will allow you to enter the park before it’s open. You can’t visit the attractions, but it’s a great way to get an early start on things, and it’s the perfect time to snap some photos.

It’s important to make wise choices when scheduling your FastPass+ reservations. Although FastPasses are available for the shows, like Finding Nemo the Musical and Festival of the Lion King, it’s smart to avoid getting a FastPass+ for them. These shows play multiple times each day, and the theaters seat many guests, so if the shows are on your must do list, you won’t have trouble seeing them even without a FastPass+. Keep your FastPasses for attractions like Expedition Everest and Kali River Rapids.

Although Animal Kingdom is open later than it has been in the past, it still closes earlier than the other parks. To get the most out of your day at Animal Kingdom, arrive early for rope drop. The lines are shorter, the sun isn’t as hot, and you’ll have more time in the day to fit in all your must do attractions. It’s also a great idea to take advantage of the early Extra Magic Hour if you are a resort guest. Wandering through the park before the crowds hit the park is a truly wonderful experience at Disney’s Animal Kingdom. 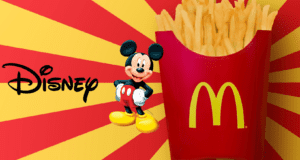