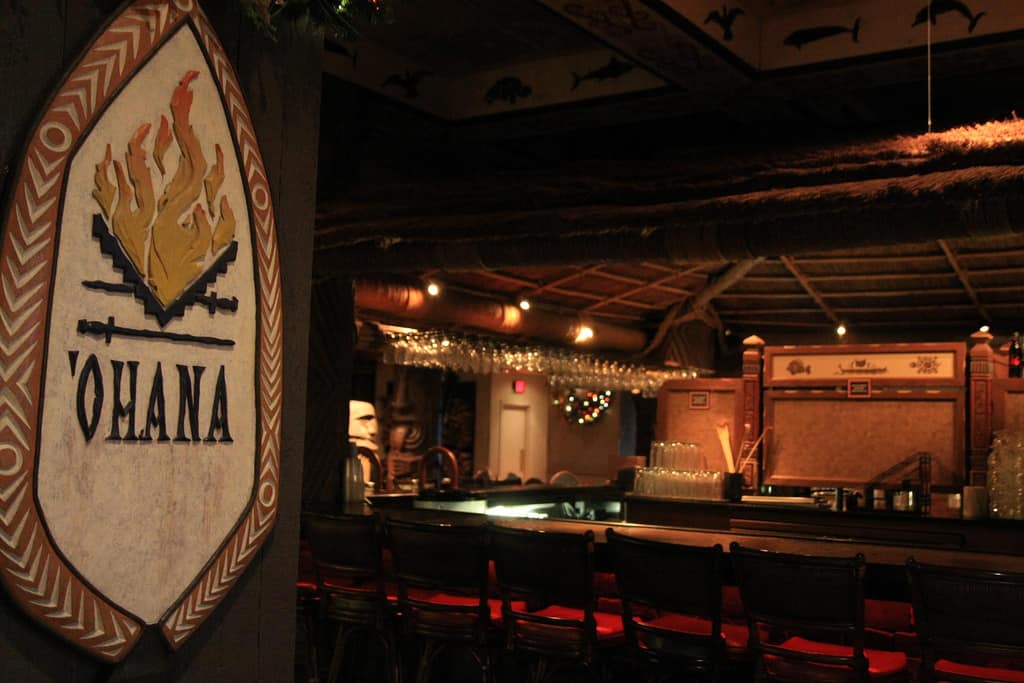 Disney really got it right with ‘Ohana, which is located on the second floor of the Polynesian. Upon checking in at 9:30 P.M., we waited about five minutes in a large lounge area before we were taken into the actual restaurant. We were greeted and taken down a hallway past some large tikis to the kitchen counter where some drinks and the infamous ‘Ohana bread pudding were on display. Then we were shown the enormous fire pit that our food would be cooking on that night. Upon completion of the tour, our hostess showed us to our large dining table with its huge comfy chairs that are perfect for a long, relaxing meal.

Our table was situated near the entrance of the restaurant next to a long line of tikis. I had really been hoping for a table on the other side of the restaurant so that we could have seen Wishes out of the huge windows. However, I did not request a window table, and I highly recommend that future diners who plan on being in the restaurant at 10 P.M. do. ‘Ohana dims the lights, plays the music for the fireworks, and has a direct view across the Seven Seas Lagoon of Magic Kingdom.

Everyone at the table had just managed to have a taste of the bread when the salad arrived. The salad was a standard mix of greens but the honey lime dressing really made it stand out. The sweet, citrusy dressing made the salad light and refreshing, something that became helpful in breaking up the heavy hitting dishes that came later in the meal.

Upon placing some salad on my plate the appetizers began to show up. At this point I wished that the food was coming out a little slower, but this really shows how efficient the staff at ‘Ohana has to be, as it is one of the most popular restaurants in all of Walt Disney World. When I did get around to the appetizers they were still warm so it didn’t even matter that they were brought out so quickly.

The first of the appetizers was a large bowl containing honey coriander chicken wings and pork pot stickers. No one in my family is much of a wing person, we all find them too fatty most of the time, but everyone had to admit that the sauce these were tossed in was perfect. It was sweet with a little bit of island spice, giving them the tiniest bit of heat. The pork pot stickers were crispy and had a yummy sweet and sour sauce drizzled over top of them. Everyone at my table enjoyed these more than the wings, but like I said, we are not wing people.

Next up was a dish of lo mein noodles and vegetables. The noodles were tossed in teriyaki sauce and were less greasy than your average Chinese takeout noodles. In an attempt to save room for more food I skipped the vegetables, but my dad had some and said that they were slightly overcooked but still good.

At this point it was time for the main dishes of the feast, the skewered meats. Earlier in the meal a plate of peanut, mustard, and sweet and sour sauces were brought to our table to pair with the meats. Honestly, no one at our table really touched these beyond an initial tasting because all the meats had enough flavor on their own.

The first skewer to reach our table had chicken on it. Our server pulled off two pieces for each of us and by the end of the meal we all had another helping of the chicken because it was just amazing! It was moist and super tender with a hint of smokiness to it. My dad, a steak lover who does not normally care for chicken, said it even better than the steak!

The marinated steak was the next skewer that hit our table and for me was the best meat of the night. Incredibly tender and cooked perfectly, the steak was a huge hit for our table. Char-sui pork was next and was good, but not great. The other meats far outshined this barbequed pork loin, which was a little dry. Spicy peel and eat shrimp were the last to arrive and the shrimp lovers at the table declared them delicious. However, they still ranked them behind the steak and chicken.

After a few rounds of meat we all decided we were ready for dessert. Bread pudding wasn’t a favorite dessert for anyone at the table, but after this we all were bread pudding lovers! The huge serving came with two scoops of vanilla ice cream and a warm banana’s foster sauce to pour over top. It was absolutely delicious, and a perfect way to end the meal.

Food – Delicious and served family style so get as much as you want! If any meat that comes your way isn’t cooked the way you like it just tell the server and they will come back with a different skewer for you.

Atmosphere – Polynesian theming with a family focus. There are coconut races, island music, and leis to complete this fun dining experience.

Service – Very efficient and friendly but because of the popularity of the restaurant the server might not have as much time to chat with you as at other restaurants.

Tips- A dining reservation is a must. Be prepared for a lot of food! If you’re going to be around in time for Wishes get a window seat or if you have finished stick around the resort and go to the beach for a great view. 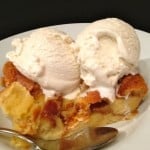 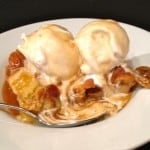 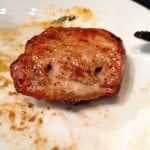 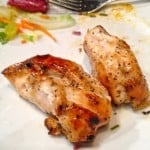 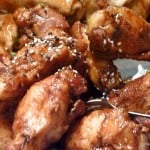 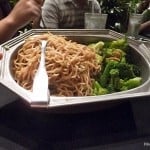 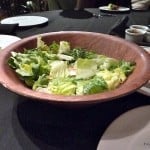 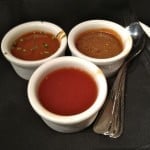 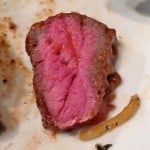 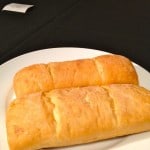 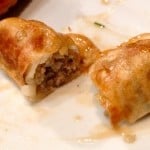 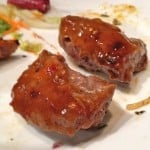 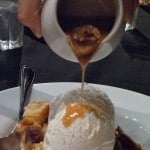 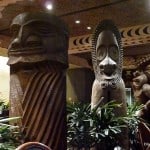 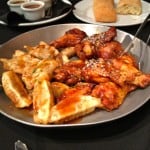 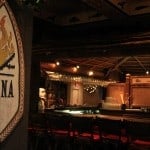