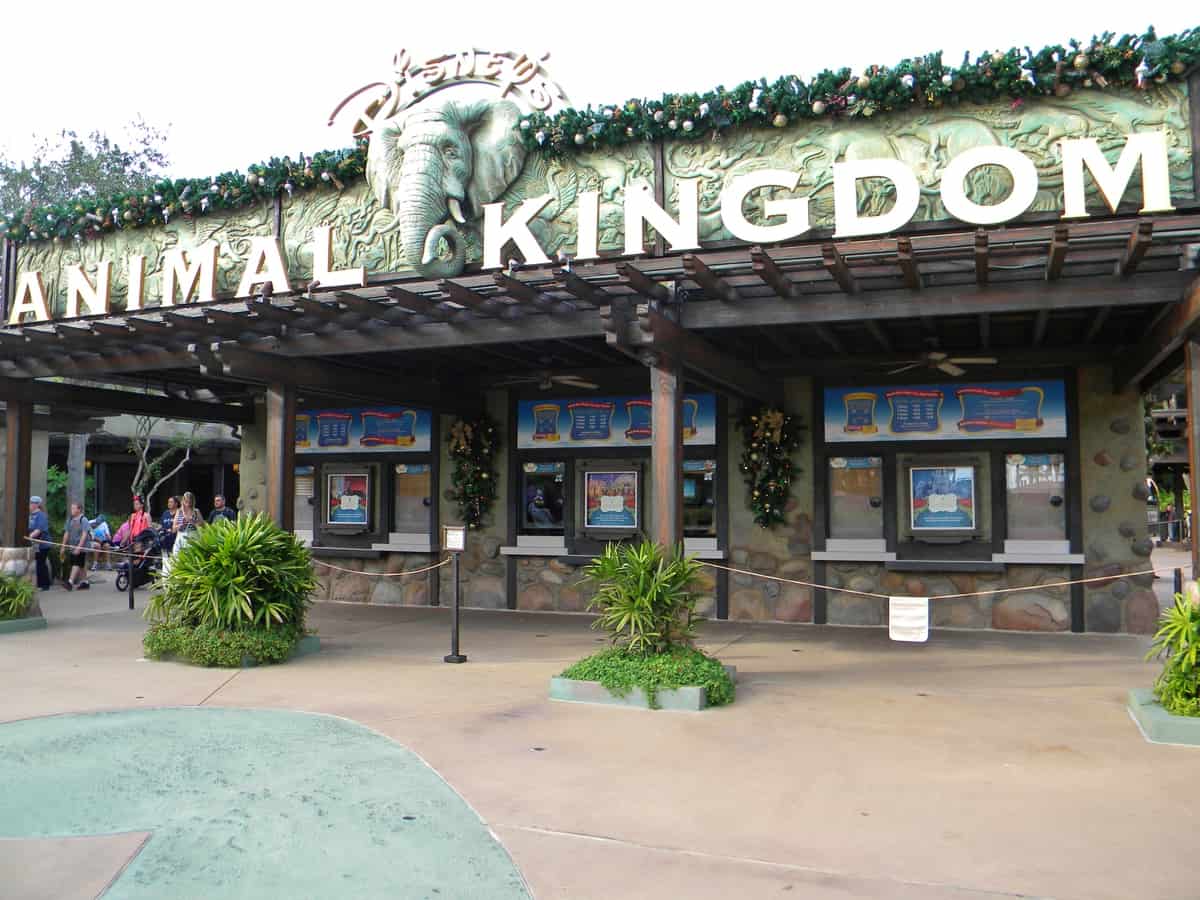 “I know you I walked with you once upon a dream” is the first song you hear when viewing the new Festival of Fantasy Parade.  However, that song belongs to Princess Aurora who sadly is not found in the Festival of Fantasy Parade.  Aurora was bumped late in the game to make room for the highly popular Anna and Elsa from the latest Disney hit “Frozen”. The Parade is a Fantasyland inspired extravaganza with Princesses from Fairytale Hall, to Peter Pan, Storybook Circus, Dumbo, Little Mermaid, Pinocchio, Sleeping Beauty, Merida and of course Classic Disney characters Mickey and Minnie, Goofy, Donald and Daisy Duck, Pluto, Jiminy Cricket, Dumbo, Chip and Dale, Snow White and all of the 7 Dwarfs.  This parade celebrates the largest expansion of the Magic Kingdom with New Fantasyland.  This is an amazing parade and showcases so much talent in float and costume designs, choreography and its own musical score.  I would say the best viewing for this is anywhere you can get a front row seat or space to stand. Shade is preferred of course. I was in place 1 ½ hours ahead of time but only found a place in direct sun.

Magic Kingdom-other news here is that the Casey’s Corner outdoor eating has been expanded and has reopened.  Across the street there is a very long construction wall around the castle hub area extending halfway down the walkway to Tomorrowland.  The moat is still dry in preparation for the expansion of the castle hub to allow for more fireworks viewing areas.  The construction on Cosmic Rays Starlight Café verandah seating being transformed into additional indoor seating continues. We can’t see how much has been completed due to large printed canvases hiding the work area.

The construction walls have been removed around the Rivers of America where new stone walls were being built along the Riverboat landing area.  The work on Splash Mountain continues with placement of new artificial grass and some technical items and annual refurb work being done inside.  There is still scaffolding present on the mountain and it remains dry most of the day.  There is testing going on throughout the evening and past park closing time. It is expected to reopen March 22.  The work over at 7 Dwarfs is moving along with only a few items still obvious on the top and side of the mountain such as spots where temporary scaffolding is still in place, artificial landscaping still needed to fill in and if you peek through the tiny windows that they have allowed us to get a glimpse through- you will see more finishing touches will need to take place around the base of the mountain.  Roofs have been completed that were being worked on last week. More painting has also taken place.  It is getting closer!  Cast will be trained on the ride followed by testing with cast members on the ride prior to the ride opening to guests.  The Cinderella Castle is getting a good cleaning and some painting. Swiss Family Treehouse will be closed from March 17 through March 28, 2014. Pinocchio Village Haus is still closed and is not scheduled to reopen March 31.  I can’t wait to get a delicious flatbread pizza when they reopen. The Plaza Restaurant will reopen Sunday March 16.  Some other good news is that the Glow with the Show Ears are back in stock in the parks.  It has been a few months waiting for them to arrive but that gap in the supply chain has been closed.

DAPPER DAY at the Parks: SPRING 2014 took place on Sunday March 9. Dapper Day, which began in February 2011, celebrates stepping out in style, whether that is vintage-inspired or sophisticated fashion of today. This is not a ticketed event, but an opportunity to enjoy the parks with others wishing to go in stylish dress. It is not organized by the Walt Disney Company and is not associated with it, but it is rather an independently organized social gathering.  The Dapper Day participants could clearly be seen throughout the park but they also had special times and places to meet throughout the day such as the Liberty Belle River boat cruise, a visit to Tom Sawyer Island, even a meeting at Prince Charming’s Regal Carousel.  This event actually occurs twice a year at Walt Disney World, Disneyland and Disneyland Paris (fall only).  The next events are the 2014 Fall Soiree at Disney Hollywood Studios at Walt Disney World on Saturday September 27. The event in Disneyland will be on September 12 and Sept. 20 Disneyland Paris. So, if you think it would be fun to don those stylish duds, head over to dapperday.com and find out more about it. Hats off to all those who added a touch of elegance to Walt Disney World on Sunday (Please see photos below). Oh, and this is an event that is open to all ages!

Animal Kingdom– in  news this week at Animal Kingdom you will find some of the FastPass+ kiosks are moving about, sometimes at different times of day, trying to find the best location to serve guests throughout the day.  Make sure you check your guide maps and ask a Cast Member if you want the closest kiosk to you.  The dance party in Dinoland is bringing smiles to many young faces so check that out next time you are there.  Disney has announced that the Jammin’ Jungle Parade will end on May 31, 2014.  No word yet on any replacement parade for the afternoon. This could just be one of the many budget cuts Disney has made in the area of entertainment this year.  We have been hearing that there has been testing going on for nighttime entertainment that will not disturb the animals but no formal announcements have been given yet.  There are giant cranes visible from outside the park in the area of Avatar-land as construction continues.

Epcot-The International Flower and Garden Festival is already very popular on the weekends so try coming during the week if possible to avoid long lines at the Outdoor Kitchens.  Over the weekend I enjoyed the Chicken Kabob and Lamb Roll (think in an egg-roll wrapper), mint tea, from Taste of Marrakesh in Morocco and they were delicious! One of my companions had the Moroccan Pancake with honey and almonds and she was very pleased with it and would order it again. While walking by the Buttercup Cottage we caught the scent of something with lemon and had to stop for the Lemon Scones with berry and cream sauces, oh my, it was heaven.  The Buttercup Cottage is located near the United Kingdom pavilion.  The Hazelnut Ice Cream in France was what we had at the end of the evening. I will never get tired of that ice cream.  I had photos, but my stupid computer ate files yesterday.  It’s funny that it was the photos of food from Epcot.

Resorts-The DVC Bungalows are going up! There are multiple buildings on the platforms over the water, see the photos below.  These will not be ready until 2015, but they are going to be very desirable.  One of the longhouses has a drive up area for the tall buses to pull in to. The boardwalk along the beach is still under completion.  Nearby there is a second boat dock for the Ferry Boat that sails across to the Magic Kingdom. Neither dock has reached completion but it is being worked on daily. Captain Cook’s will be closing soon for a refurbishment (March 28- July 31, 2014), but another location will be opened with quick service options for guests.

The Winter side of the Winter Summerland mini golf has reopened. Blizzard Beach will reopen Monday, March 17.

Downtown Disney-There is a Mighty St. Patrick’s Day Irish Festival continuing downtown through St.Patrick’s Day and it involves the whole Downtown area not just Raglan Road this year.  It has been so popular that there is now a second area of parking opened for valet parking services. The largest restaurant that will be open in the new Disney Springs expansion is under way. Downtown is so in need of that parking garage, which is also under construction.  The causeway that crosses from Rainforest Café to T-Rex is moving right along! Some new closures in Downtown Disney Marketplace will be Pollo Campero and Babycakes bakery.  No word on where the gluten-free cupcakes will be coming from as this bakery location has been making them for all of Walt Disney World. Disney chefs recognize the importance of offering gluten-free items so I am sure they will have this covered quickly.  There is no word on what will be going into this area.  The Starbucks Downtown Disney Marketplace is under construction. It is surrounded on three sides by the World of Disney store. The Starbucks Downtown Disney West Side is also under construction and expected to open soon.

Have you heard that Disney is sponsoring a contest through March 16, 2014 looking for the “Most Playful Family” that could win a family vacation to Walt Disney World Resort or Disneyland?  Go to disneyparks.disney.go.com/blog/   for more details and instructions on how to enter.  Next week don’t miss getting your copy of “Frozen” on DVD. 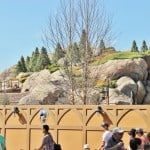 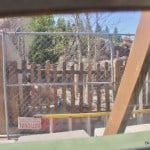 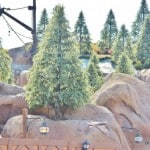 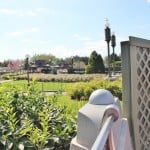 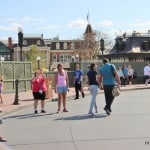 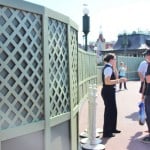 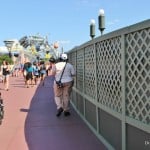 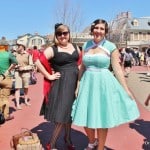 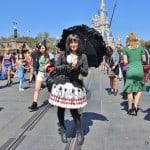 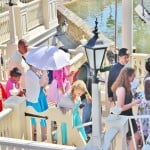 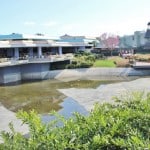 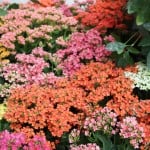 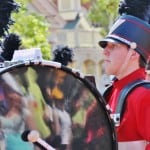 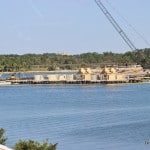 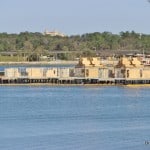 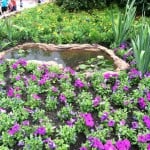 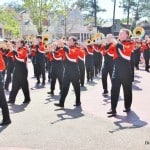 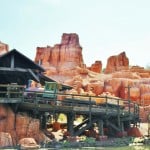