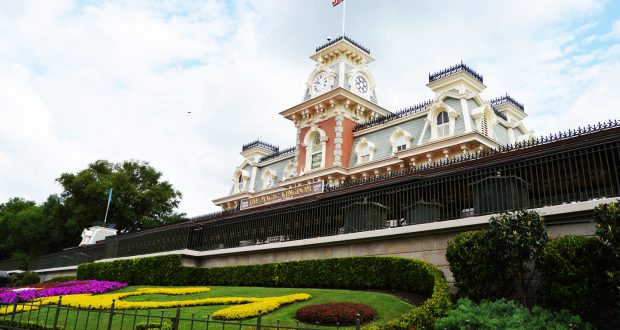 We are hearing rumors that the new theater that was planned to be built at the Magic Kingdom in Walt Disney World has been cancelled.  Disney has not confirmed the cancellation, nor is there an indication of why it would be halted.  The plans had been released for the theater and there was an area cleared backstage for the work to begin. The theater was set to reside behind the Town Center and Tomorrowland area within the theme park. The announcement for this new theater was first made at the D23 Expo in 2017.  The new theater was supposed to be based on the Willis Wood theater from the 1920s in Kansas City, MO, which is where Walt Disney lived for a period time after he moved out of Marceline.

Here is a snippet from the announcement of the theater made by Bob Chapek at D23:

“Across Walt Disney Parks and Resorts, we’ve been upping the game in Entertainment with shows like Frozen Live at the Hyperion,” Bob Chapek, Chairman of Walt Disney Parks & Resorts said. “It’s been a huge hit at the Disneyland Resort, and I’m sure many of you have seen it. This new theater at Walt Disney World continues that streak by bringing a new venue for world-class entertainment to the world’s biggest park.”

As stated, this information is still just rumor until anything is officially confirmed by Disney.  It is possible that the construction could be delayed, the project moved somewhere else or any number of other options that Disney could be cooking up.

Who out there would be disappointed if the theater project is scrapped?