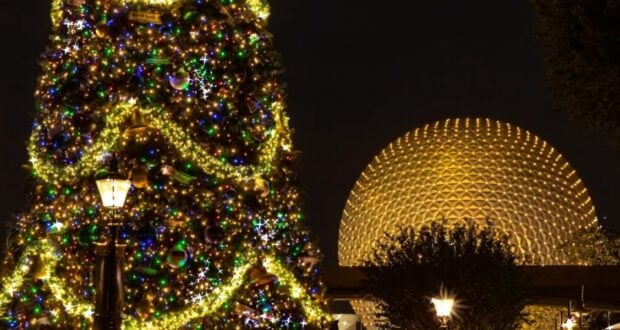 EPCOT is one of our favorite Parks during the holidays, and it just got more magical! This Christmas, Spaceship Earth will sparkle with the magic of the season! Disney has just announced that they will debut a new light show on the exciting icon just for the holidays. 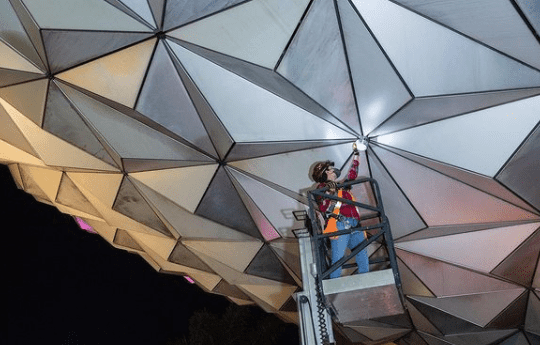 Debuting in March 2021, Spaceship Earth was upgraded with thousands of twinkling LED lights to light up the night! Since then, the icon has shown a nightly show on a rotating basis. The shapes and sounds change based on the show. They’ve celebrated Walt Disney World’s 50th anniversary, EPCOT’s 40th anniversary, Beauty and the Beast, Pocahontas, Guardians of the Galaxy, and more! Last Christmas, Spaceship Earth sparkled with a Christmas show. 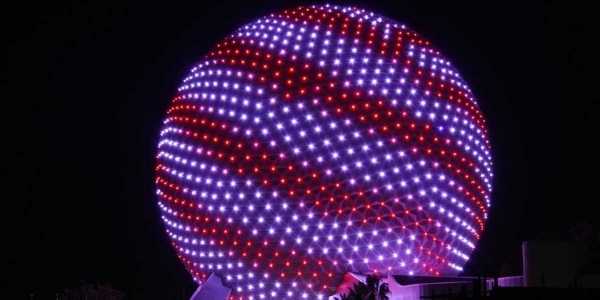 Today they’ve shared a sneak peek of the all-new show debuting on November 25! This year’s show will be different from last year’s show and, by all accounts, better. Last year saw a holiday sparkle show with jingle bells and stars. The lights rotated and changed colors to the music and invoked feelings of Christmas but no specific images. It was more a celebration of light and color than anything. 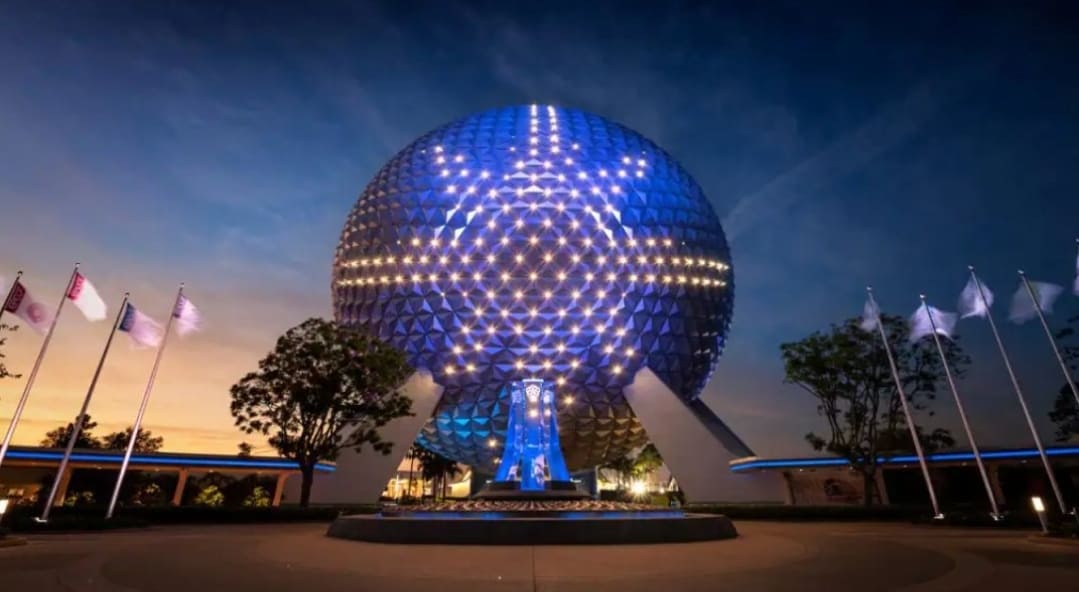 This year, according to Disney, “the light display will invoke some of the sights of winter, including snowflakes, northern lights, and warm candles.” The magic of the season will come alive as winter scenes flash across the geodesic dome. These light shows occur at various times throughout the night and typically only last for a few minutes. The show will run until December 30, 2022, when EPCOT’s International Festival of the Holidays ends.

In addition to the new show, many fan favorites are returning to EPCOT this year for the Holiday Season, including the Candlelight Processional, Holiday Kitchens, and Livin’ With the Land– Glimmering Greenhouses! For a complete guide to EPCOT’s Christmas offerings, click here.