Main Street Electrical Parade Returns to Disney World, But Only for a One-Night Engagement

In October, the beloved Main Street Electrical Parade returned to the Walt Disney World Resort, but since its return was so short-lived–only one night–most Guests probably missed it, and if you’re crazy over the beloved electrical lights parade that once meandered down Main Street at Magic Kingdom like we are, you’re going to want to see this! 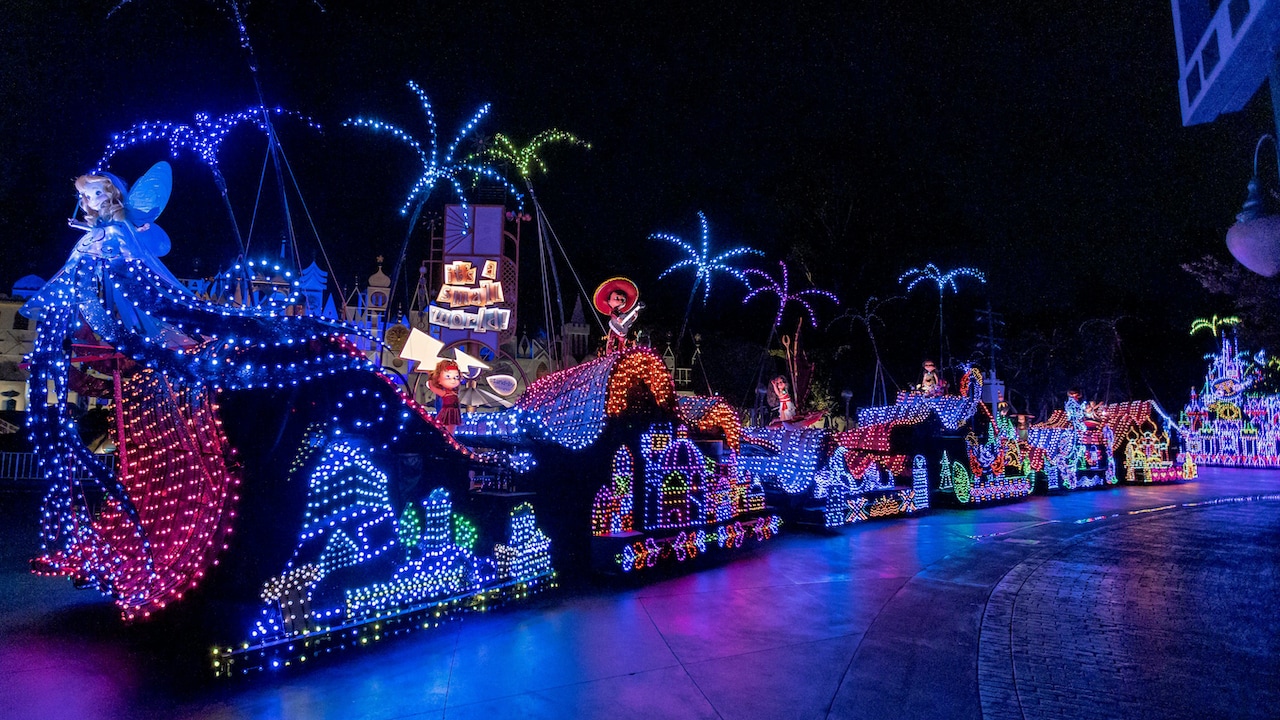 Was there ever such a beautiful, dynamic, and magical display of sheer Disney wonder and childhood fantasy? No. No, there wasn’t. The exciting parade was a sheer spectacle to behold, and Guests of all ages flocked to the Main Street U. S. A. parade route at Magic Kingdom, sometimes more than an hour before the parade’s scheduled start time, just for the chance to witness the magical parade that left us awestruck and filled with wonder.

The majestic parade featured 20 magnificent floats adorned with more than 600,000 individual lights in 6 colors: amber, blue, green, chartreuse, pink, and red. The iconic synthesizer musical piece from the parade, called “Baroque Hoedown,” was composed by Jean-Jacques Perrey and Gershon Kingsley in 1967, and the melodious symphony of synthesizer tones accompanied the parade, no matter which Disney Park was blessed to host it.

In October 2021, Disney Parks’ TikTok account teased the return of the parade, and it was later announced that the fan-favorite experience was returning to Disneyland Resort, where it remained until September 1 of this year. 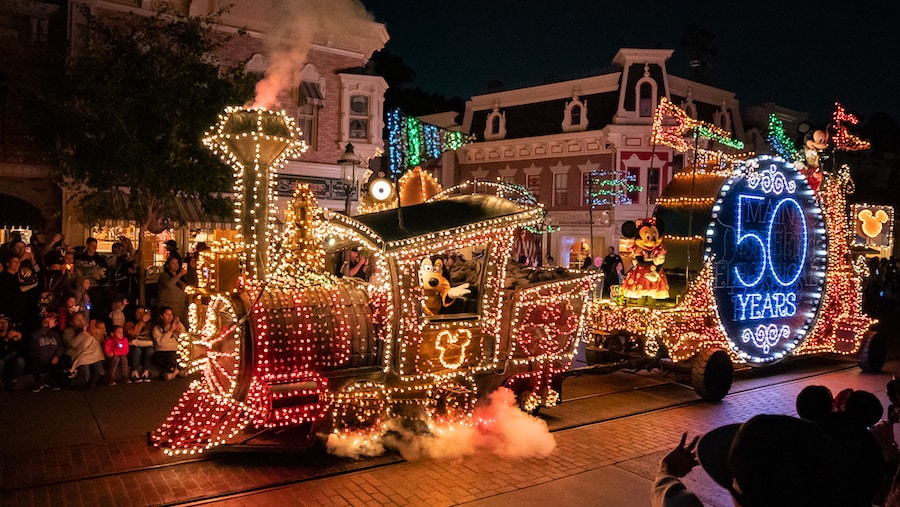 If you love the parade, you’re not alone. It is among one of the most beloved parades in Disney Parks history, and some simply can’t bare to let it go.

Such was the case in October during the Halloween Golf Cart Extravaganza at Disney’s Fort Wilderness Resort & Campground. Guests who were staying at the Resort the weekend before Halloween this year had the chance to rent a golf cart and decorate it. They could then participate in the Halloween Golf Cart Parade, one of three golf cart parades that take place at the family-friendly resort every year.

On October 30, Guests who wanted to take part in the fun met at the Hitch and Unhitch area at 4:30 p.m., and their entries were judged. At 5:00 p.m., the parade started, and anyone in the area could enjoy the parade, featuring floats decorated by Guests who had rented a golf cart.

The entries were nothing short of inspiring. One of the floats featured the Dapper Dans aboard a Main Street U. S. A. trolley car. 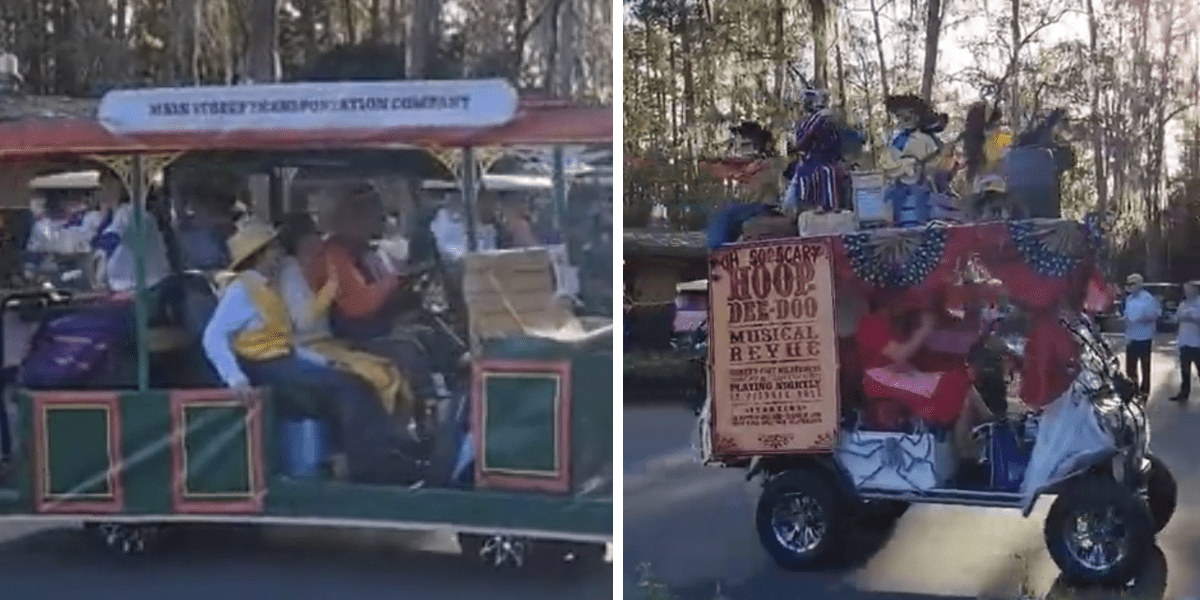 Another golf cart had been decorated to honor Walt Disney’s Enchanted Tiki Room attraction. It featured flowers and what looked like a tiki hut, and Guests riding on the cart also donned Hawaiian shirts. 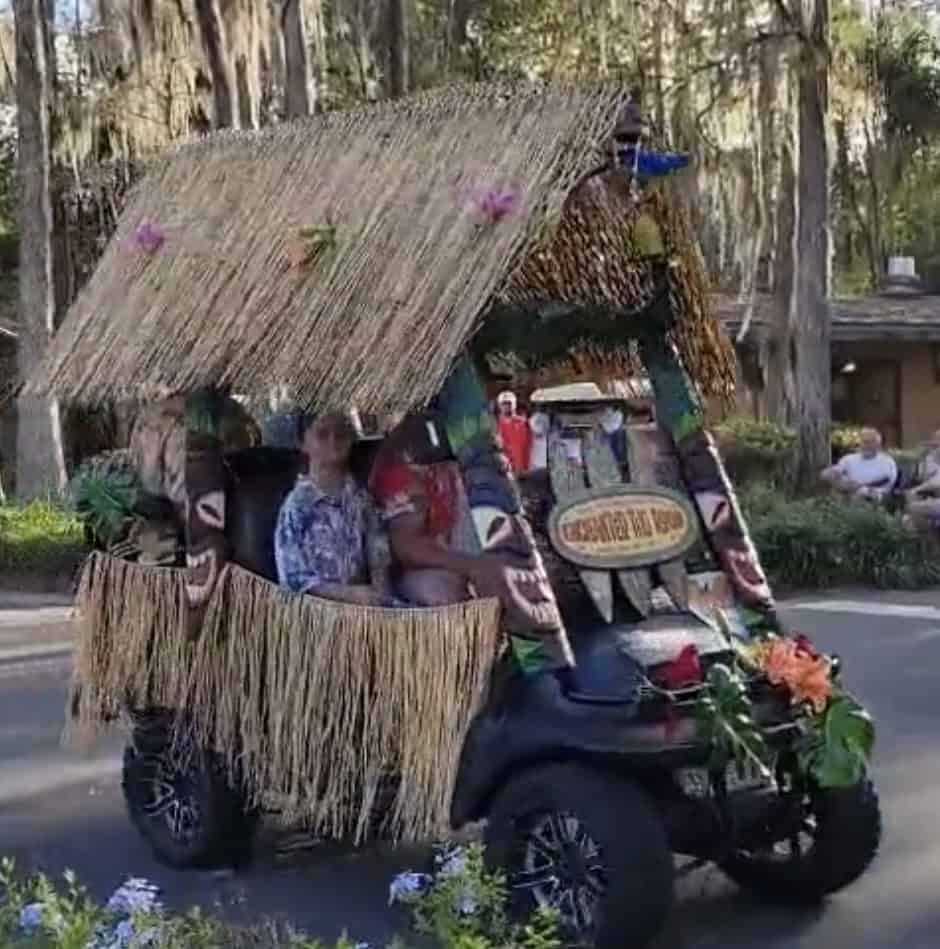 Another cart was decorated to look like Pandora: The World of Avatar, complete with the floating mountains of Pandora and Na’vi warriors aboard the cart. 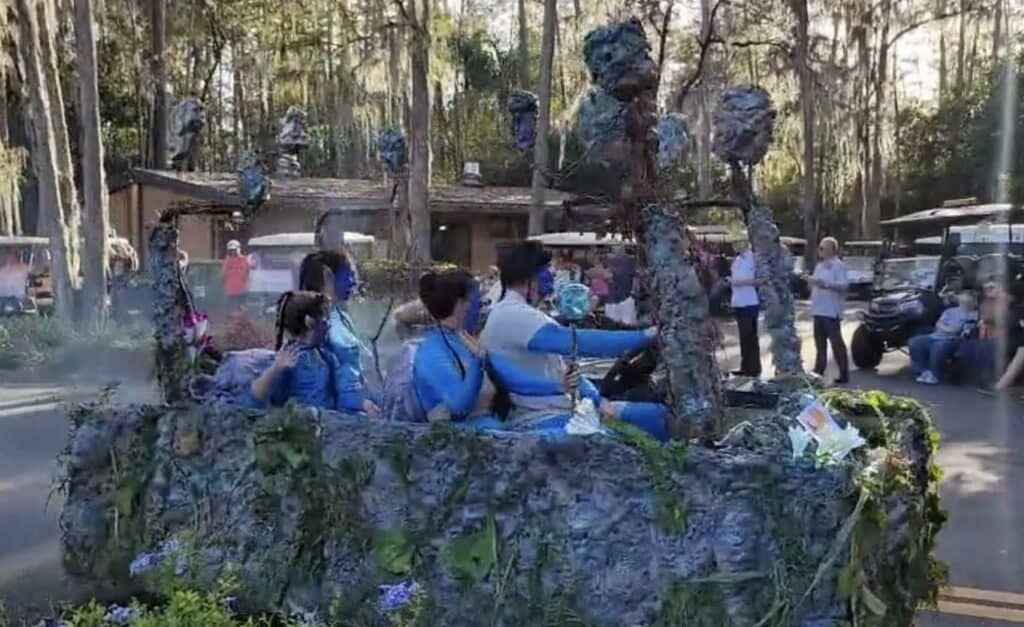 Other entries included those inspired by Zero, the ghost dog from Disney’s The Nightmare Before Christmas, Disney’s 101 Dalmatians, and Star Wars. 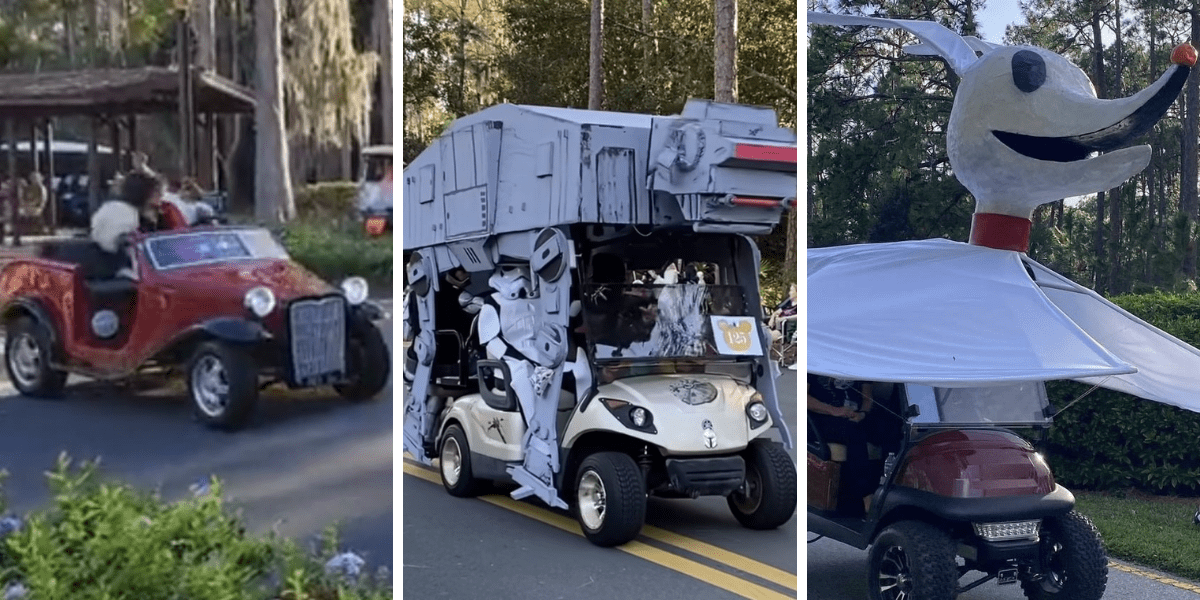 But the most impressive of all the entries, we think, was one inspired by the iconic Main Street Electrical Parade of days gone by at Magic Kingdom. The float was comprised of two vehicles made to remind Guests of the beautiful fan-favorite experience in the parks. The first of the carts was inspired by the parade float that looks like a train driven by Goofy. The second cart was made to look like the large round float on which the words “Main Street Electrical Parade” in dazzling lights.

The floats featured hundreds of tiny sparkling lights and the iconic words on the side of the round float–in the exact same “font” used during the Main Street Electrical Parade.

The entries were so magical, so inspired, that we’re sure those in attendance at the Halloween Golf Cart Parade last month felt like they were reliving a short rendition of the dazzling Main Street Electrical Parade, if only for one very magical and special night.