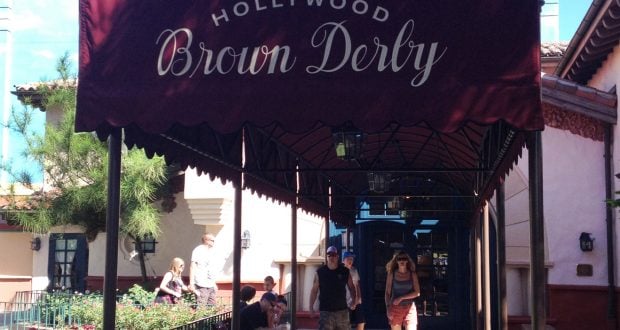 Do You Know These 5 Secrets About Disney’s Hollywood Studios?

Disney’s Hollywood Studios is changing daily. There are two new lands coming, and much of the park is currently behind construction walls. There is still plenty to see and do, and there are secrets around almost every corner. Here are five of those secrets.

The original Star Tours took guests on a wild ride to Endor that included a close encounter with the Death Star. The pilot for your trip was an inept droid named RX-24, or Rex for short. Rex was voiced by Paul Reubens and he was not qualified to get you to your destination. Star Tours closed in December, 2010 with a party called The Last Tour to Endor. The ride reopened in May, 2011 as Star Tours – The Adventures Continue. Rex may no longer be the pilot (that duty has been passed on to C-3PO), but his presence is still known. On the left after you’ve passed C-3PO and R2-D2, you’ll see a line of droids. At the beginning is one marked “Defective! Return to factory!”. That’s Rex. If you listen carefully, you’ll hear him trying to say a few things.

The Hollywood Brown Derby is proof that you can enjoy fine dining in a theme park. The restaurant pays homage to the Golden Age of Hollywood. It is pretty well known that the restaurant is a faithful recreation of the original Brown Derby restaurant, where the rich and famous used to dine. When you walk in the Disney’s Hollywood Studios version, you can’t help but notice the celebrity photos that are everywhere. Do you know how to tell which pictures are recreations of photos that lined the walls of the original restaurant, and which ones aren’t copies? It’s simple, just look at the picture frame. The photos that are in the black frames are copies. If the frame is gold, that’s the actual photo from the original Brown Derby.

Muppet*Vision 3D seems to be safe for now at Hollywood Studios! We are loving the new Muppet Vision 3D sign and the PizzeRizzo quick service hot spot that carries with the antics of the Muppets. Head into the Muppet Vision 3D attraction for plenty of jokes and bad puns in the waiting area before you head into the theater. One is a tribute to a beloved Mouseketeer from The Mickey Mouse Club. Look up, and you’ll see a large net that is filled with colorful cubes. That is “a net full of jello”. If you say that quickly, it sounds like Annette Funicello. She was handpicked by Walt Disney to be on the show, and she was a Mouseketeer from 1955-1959.

If you love characters you need to experience Character Palooza, or at least try to experience it. There’s just one problem, it’s a secret. Even Cast Members will pretend that they don’t know anything about it. The secret meet and greet takes place most days when Fantasmic! is running. Several characters will appear, the number and the characters change daily. The meet and greet will last about 20 minutes, and there will be no PhotoPass photographers present. Character Palooza will happen sometime between 4:00pm and 7:00pm. There are several different locations where it might happen. You might find them outside the park to the right of the turnstiles, near Tower of Terror, or possibly near Echo Lake. Look for groups of people hanging out in these areas with autograph books in hand. They are probably waiting to see who might appear. Rare characters such as Robin Hood and Mushu sometimes are there. Although Character Palooza is hard to find, if you do find it you will end up with some fantastic pictures and autographs.